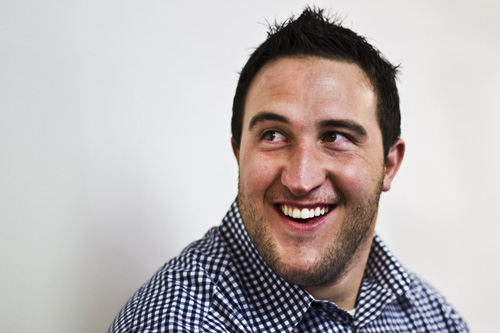 Central Michigan football has made quite a name for itself over the past decade, reaching successes rarely seen in the past. That recognition has brought in more desirable recruiting classes than previous seasons and produced more high-caliber football players when it came time to leave. Here is a look at former Chippewas making their way around the league.

One of Central’s most electrifying players, Brown quickly made a name for himself in Steeletown, taking back the opening kickoff 89 yards for the touchdown in his very first game. He caught only 17 passes the rest of the way, but made some keys grabs for Pittsburgh late in games, including a 58-yarder against the Ravens to open the playoffs, which sealed the win for Pittsburgh. He has been one of Pittsburgh’s best playmakers during the preseason and his role should be increased considerably in his second year.

Bellore’s hard-nosed and unrelenting style of play has already paid dividends his first fall away from Mount Pleasant. He was brought into New York as an undrafted free agent and seems like a perfect fit for Head Coach Rex Ryan. He has made a big splash as the second-team linebacker and made the Jets’ 53-man roster for the regular season.

The Hitman, as former teammate Brian Brunner called him, found himself a spot for the 2011 season. Despite being cut by Houston last week, Hartman was re-signed and will be the Texans’ starter, replacing longtime veteran Brad Maynard.

Despite rarely seeing the field or hauling in many passes (11 career receptions), Humphrey has been able to stick around the NFL for six seasons. After spending four years in Green Bay, Humphrey has hung in with the New Orleans Saints for the past two years, including being an inactive member of their 2009 Super Bowl championship team.

Perhaps Central’s most successful graduate, Jenkins was an integral down lineman in his eight seasons with Green Bay, culminating in a Super Bowl title last year. He became a starter towards the end of the 2006 season and has compiled 26 sacks throughout his career. He signed a lucrative five-year deal this summer with the Eagles that should see him continue his solid play on another Lombardi contender.

The big left tackle from Rockford was taken in the first round in 2007. He has been one of the few positive constants through the organizations rough seasons, paving the way for Pro Bowler Frank Gore, and will remain that way for the future after signing a six-year extension in 2009.

The former Sterling Heights Stevenson tight end quickly moved up the ranks during his rookie campaign in Titletown. He came to the Packers undrafted and ended up starting in the Super Bowl, making five tackles and one sack, helping bring Green Bay their first title since 1997. He was in on 38 tackles (four sacks) during the regular season, while forcing two fumbles. Zombo was about to become a full-time starter on one of the NFL’s premier defenses, but suffered a broken scapula in the preseason, which will keep him out for about a month or so.

Final cut for the Dolphins. Could see some live-game action late in the season.

Cut by the Jets late in preseason. Might be brought back as a practice squad member.

The NCAA record-setting legend has had a tough time breaking in as a pro. Drafted by his hometown Chicago Bears in 2010, he had a less than thrilling preseason, unable to make the final cut. Cincinnati picked him right up, but after a year with the Bengals, was released Sept. 6.