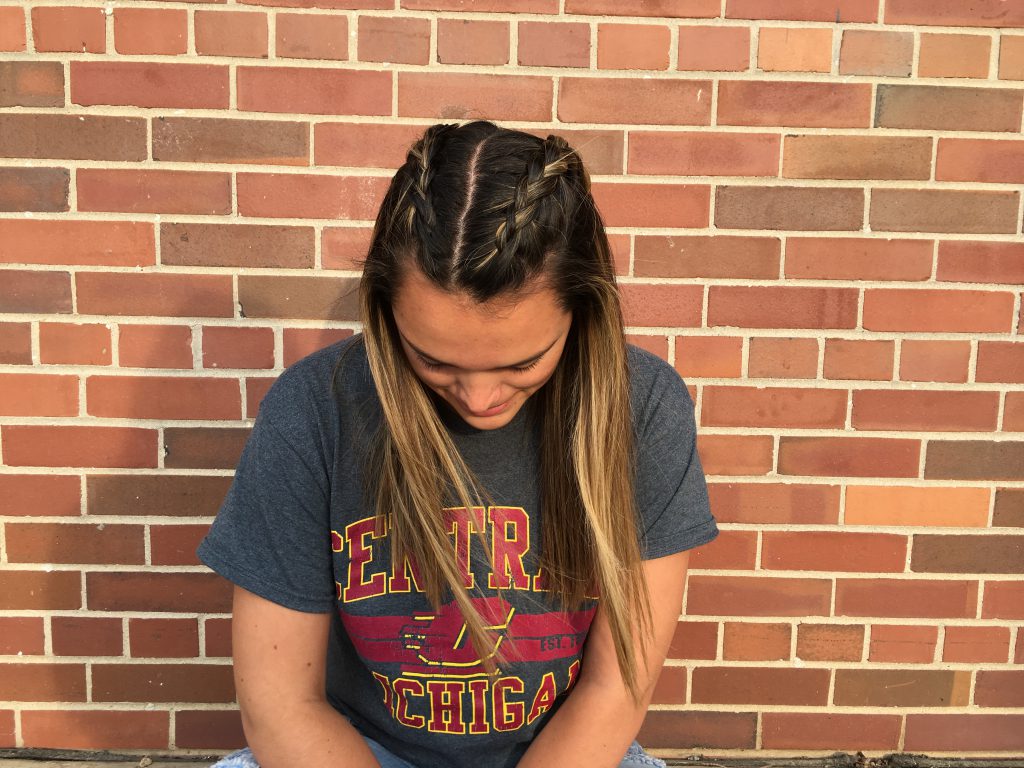 Many students bring out their best easy-to-do hairstyles to finish off the season’s best tailgate outfit. Here are four quick hairstyles from Central Michigan University students to pull together your gameday look.

Freshman Jillian Kenwabikise’s go-to look is a double Dutch braided half updo. She starts by parting her hair where the braids will go and taking about an inch and a half of hair on either side of the part. Following that, she Dutch braids both sides until the back of the part is reached. Then, she finishes each with a classic brain down to the end, tying them off with a rubber band. The entire hairstyle takes Kenwabikise about five minutes to complete.

Sophomore Kaelyn Weisbrod’s look takes her three minutes at most to accomplish. She begins a two strand twist on the left side of her head, adding in hair as she moves to the right. Once reaching her right ear, she continues to twist the strands until the end tying it off with a rubber band. Weisbrod loosens each twist to add volume and thicken the twist.

Freshman Birdie Opyd does a half pony for a super simple tailgate look. Opyd chooses to put the top half of her hair in a rubber banded high pony before curling all of her hair, but it is ultimately your choice if you want to curl first and pony second or vice versa. Curling her hair is the longest step to complete this look.

Sophomore Caitlin Brown’s hairstyle takes slightly longer to do than the others. She starts by parting her hair all the way down, separating two her hair into two sides, one being set into a ponytail.  Taking the non-pony tailed half, she began Dutch braiding all the way down to her neck. Once she stops, Brown pulls the remaining hair and puts it into a bun or a partly pulled through ponytail – whichever works best for your length of hair. Commonly, the partially pulled through pony works best for shorter hair while the bun works best for longer hair. The bun may need reinforcement with bobby pins. You then take the other half of your hair out of its ponytail to repeat the process. The completed hairstyle takes approximately ten minutes.