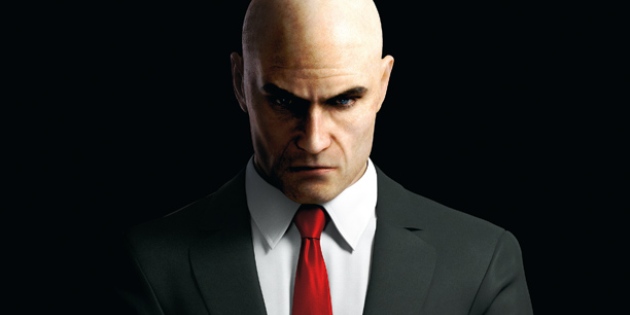 It’s been six years since video game developer IO Interactive released “Hitman: Blood Money,” and now the iconic Agent 47 is back with his signature silverballers, garrote wire and shiny head.

“Hitman: Absolution” furthers the story of 47, a hit man working for the International Contract Agency (ICA). It begins with a contract to kill his boss who has supposedly gone rogue, but it’s revealed that his boss had taken a girl from ICA headquarters and was hiding her. 47 decides to help the girl, thus putting a hit on his own head. The story is fine but it’s nothing to write home about. It does its job of bringing the player to different locations to “hunt.”

But “Hitman: Absolution” is, at its core, a stealth game with its own style to it, and that’s what is important about this game. It’s less about hiding in shadows and more about hiding in plain sight. Players will be weaving through huge crowds of people in an attempt to stay hidden or lose their pursuers while wearing a victim’s clothing.

The game is at its height whenever it utilizes large crowds as camouflage  Snaking in and out of large groups of people, players actually get the feeling of being a hit man. Seeing the target hidden in the shadows is one thing, but standing not ten feet away from the hit in broad daylight is truly enthralling. It’s what real world stealth is, which is why it’s so engaging.

The point of the game is to kill various targets in whatever preferred method. Each hit is a sort of puzzle with many different ways to be solved. The experimentation involved in finding how to kill your target is what makes this game fun.

In one particular level I had shot, sniped and pushed my hit down a hole before finally discovering that poisoning him was the best way to go. Expect trial and error to be a huge part of the play through. This game is hard. Players may ask, “What happens if I do this? Oh. Restart. What about this? Okay. Restart.”

After players finish the campaign there’s still more to do. No multiplayer here, (thank God) but there is a “Contracts Mode” that allows gamers to make their own missions by selecting an NPC from the campaign as well as a weapon and disguise. The mission can be shared online and players can test out missions others have made.

Patience is key while playing this game. Checkpoints are few and far between, removing the luxury of frequent saving. Checkpoints are also hidden in certain locations and only triggered if the hit man finds them.

However, this game lost nothing because of this seemingly unforgivable drawback. There’s a disturbing trend in games nowadays in which developers are afraid to let gamers think for themselves. Player 1 always has a flashing indication guiding the route, practically saying in bold, neon letters, “This is the way to go!”  Having a challenging game that gets easier with slower, logically planned  play is a welcome breath of fresh air. To play this game with a brutish, aggressive strategy found in games like “Gears of War” would be like buying a book and only reading the synopsis on the back, hence missing the vast majority and lacking in enjoyment.

Twitch gameplay enthusiasts are not welcome here. “Hitman” requires a higher level of thought process, and anyone not willing put thought into their kills will fail. Patience, persistence and pitilessness are rewarded here. “Hitman: Absolution” is a lot of fun — just take it slow.