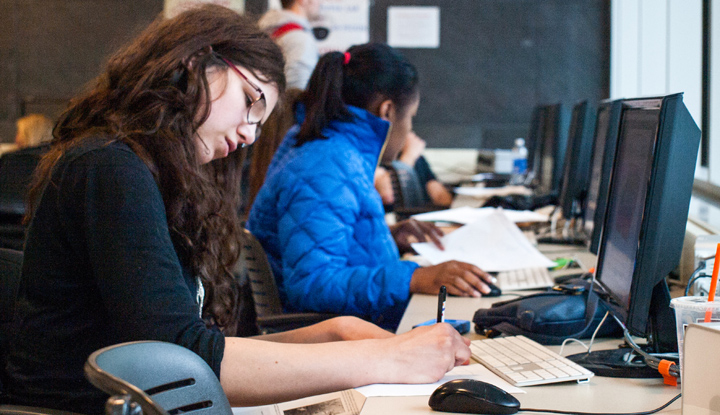 Everyone has a different opinion about joining a sorority. Reasons may be for friends, academic support, personal development or something else. But understanding that the stereotypes aren’t always true is a good place to start. With the infamous reputation from today’s media, these false accusations make it hard to notice what Greek Life is really about. Opinions may differ from campus to campus, but here are some of the most common stereotypes for sorority women and why they aren’t always correct.

They pay for their friends

Everyone pays dues, even older members, and the money goes towards nationals, housing, t-shirts and philanthropy events. It can be difficult to find friends or a sense of unity if you don’t join sports teams or interest groups on campus, especially as an incoming freshman. Finding the right sorority is a mutual feeling for both the sorority, and the potential new member. If she finds a place her personality fits in with best, this opens the door to many future opportunities and a chance to meet life-long friends.

Nothing good comes from Greek life

Greeks get noticed when things go wrong. Rarely, do they get noticed for the opportunities they offer to students on campus. A sorority can actually help prepare you for a work environment later in life. Each chapter is organized and run like a business hierarchy. There is a president, vice president, treasurer, secretary, and so on. Becoming a leader might just help determine responsibilities and supervising skills for after graduation. Time management is also important. Weekly meetings teach girls to be on time and dress in professional attire. These tasks help girls to achieve high standards in academics, social conduct and maximize their potential.

Sorority girls are known for partying and excessive drinking

You hear all the time that Greeks go to parties every weekend and drink, drink, drink. It is true that Greek Life is full of mixers and socials between groups, but these are great ways of meeting people throughout the Greek community and drinking does not have to be involved. Sorority girls have a certain reputation to uphold, especially on a national level. Because of these preconceived notions that girls get completely wasted, programs have been put in place so that if any of this activity goes on, that girl could get in lots of trouble.

They are dumb and don’t care about school

There are so many movies that portray sorority girls as ditzy blondes that go to so many parties they can’t make it to class the next day. People tend to get the wrong idea. There is a certain GPA girls need to obtain to even go through recruitment, let alone join a certain sorority. Sororities pride themselves on having good grades and putting an emphasis on academic achievements. So much so, that there is even a position called Education Director. This person is in charge of keeping track of every girl’s grades, offering help, and making sure they get as many hours in at the library as they need.

Harmful behavior from older sorority women has been reported in the past, all around the country. Although harassing a person as a way of initiating them into a group is becoming less and less common. Anti-hazing laws have been passed in 44 states now, Michigan being one of them. No one can do anything to make someone younger than them in the group feel harassed, abused or uncomfortable in any way. A lot of sororities hang banners and hold specific events to show they are in agreement with anti-hazing.

“Sorority girls-they all wear the same clothes and like the same things, who can tell the difference?”

Greek life tends to draw in women with similar interests and ambitions. The idea of this comes from people who don’t know anyone in Greek Life or haven’t heard of Greek opportunities on campus. At bigger college campuses, there are more sororities. Each one holding different values, personalities, standards of membership and philanthropies. Things like a minimum GPA are standards of membership. Many of these standards are established on the national level and the sorority president must put them into action.

Each sorority also has a different personality. Some are sporty, some are laid back, and some are more expensive than others. This is why every girl interested in joining, should test out each one, to see which group matches her personality and interests. Lastly, each sorority has a different philanthropy. This is a charity or cause that they sponsor and put events on for. These events can be anything from dinners, to speakers, to activities, you name it. Any way to raise money or volunteer for their philanthropy, sorority girls are doing it.