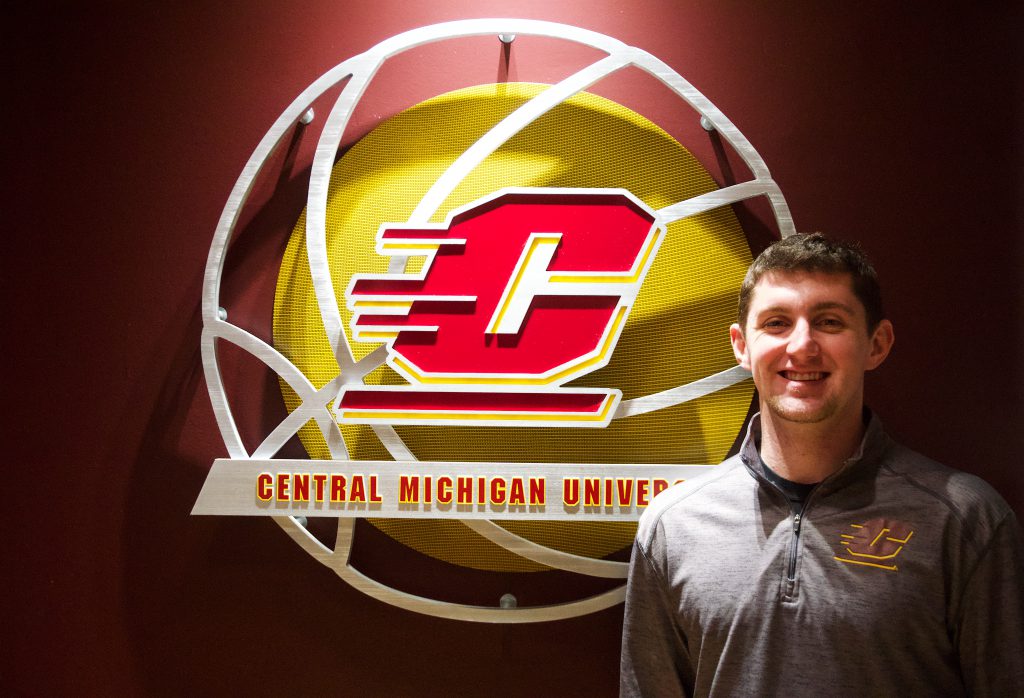 Story and photos by Tyra Jonas

It’s easy to walk around Central Michigan University’s campus and assume people are there for the same reason as us— to  get a four-year degree, meet to new friends, make memories or join clubs. However, students are here with stories far bigger than just receiving a degree, and it begins with basketball graduate student Bobby Naubert.

Naubert showed up to CMU with a story that isn’t average— passion for basketball and education. His story began in his backyard playing basketball with his brother. He developed a love for the game in high school and played at Madonna University in Livonia, Mich.

After four years at Madonna University, Naubert went to do open tryouts for an agency with hundreds of basketball players trying to bring their passion for the game overseas. It was challenging for him because everyone was trying to play and be the best.

Soon enough, he received an offer to tryout for a team called TVI IBBENBURN located in northern Germany. “Within the second day they offered me to play,” Naubert said. He expressed the language barrier was challenging, but being able to play in a new place was a lot of fun.

After two years of playing, he returned back to his alma mater at Madonna University to pursue coaching and continuing his education. Naubert was the head coach of a new JV program and assisted with the varsity team while in a master’s program there. 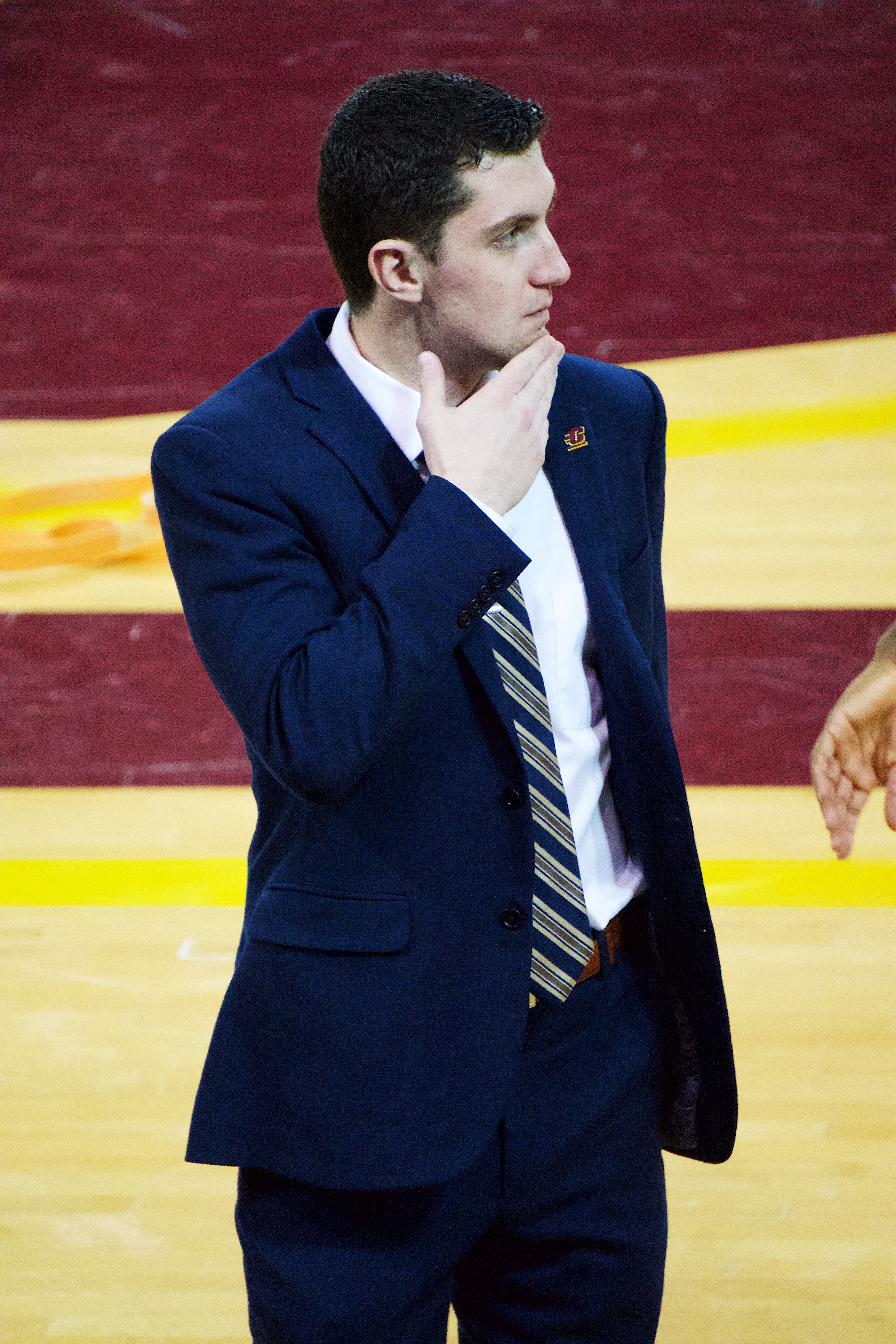 After film breakdown, they simulate what the opposing team would do during a game with the scout team, so they can practice with the starters. During the games, all four graduate assistants are doing stats. Naubert’s job is to see what the offense is running, how productive the team is being with the plays, what kind of shots are happening and more. He relays this information during the game to the assistant coaches to communicate to Coach Keno.

“It’s nice to have an open line of communication with the coaches because there are a lot of different angles in basketball that you have to look at,” Naubert said.

Balancing a master’s program and working with the men’s team is not always easy. It requires Naubert to plan four weeks ahead. He said that most professors are really understanding of his position as a GA. Naubert says missing class is sometimes tough, but it has never got to a point where he felt he was going to fail the class. “I don’t think a lot of people understand how much responsibility being a GA is. You’re going to spend a lot of early mornings and late nights, but if the team is successful it makes it all worth it,” he said. 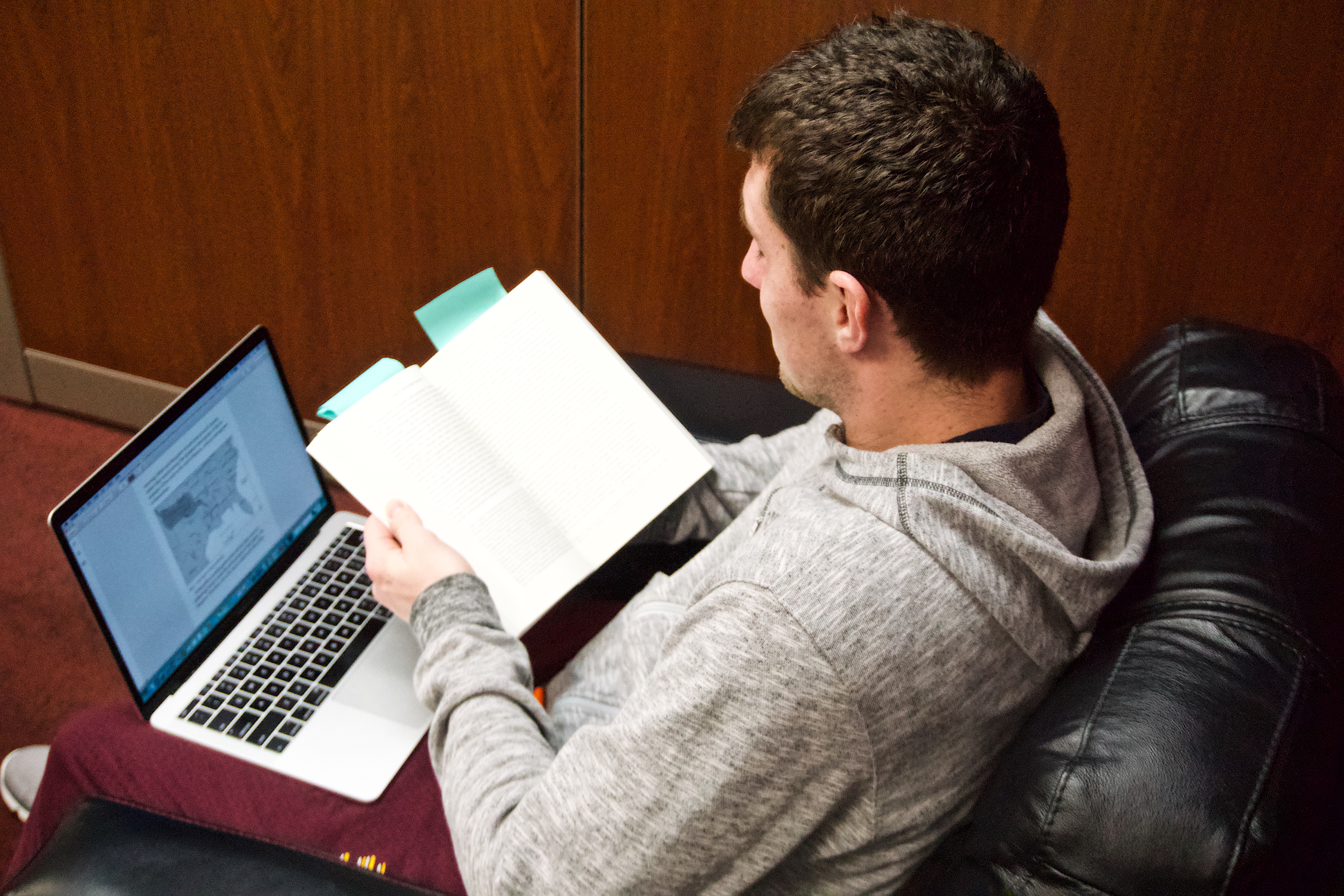 Once he graduates this spring, Naubert wants to be a coach. “You never really know in coaching. It’s such a weird business. I just want to be around the game,” he said. “I love building the relationships with the players and being able to stay connected. I don’t care what level I coach, I  want to be able to help people in basketball.” 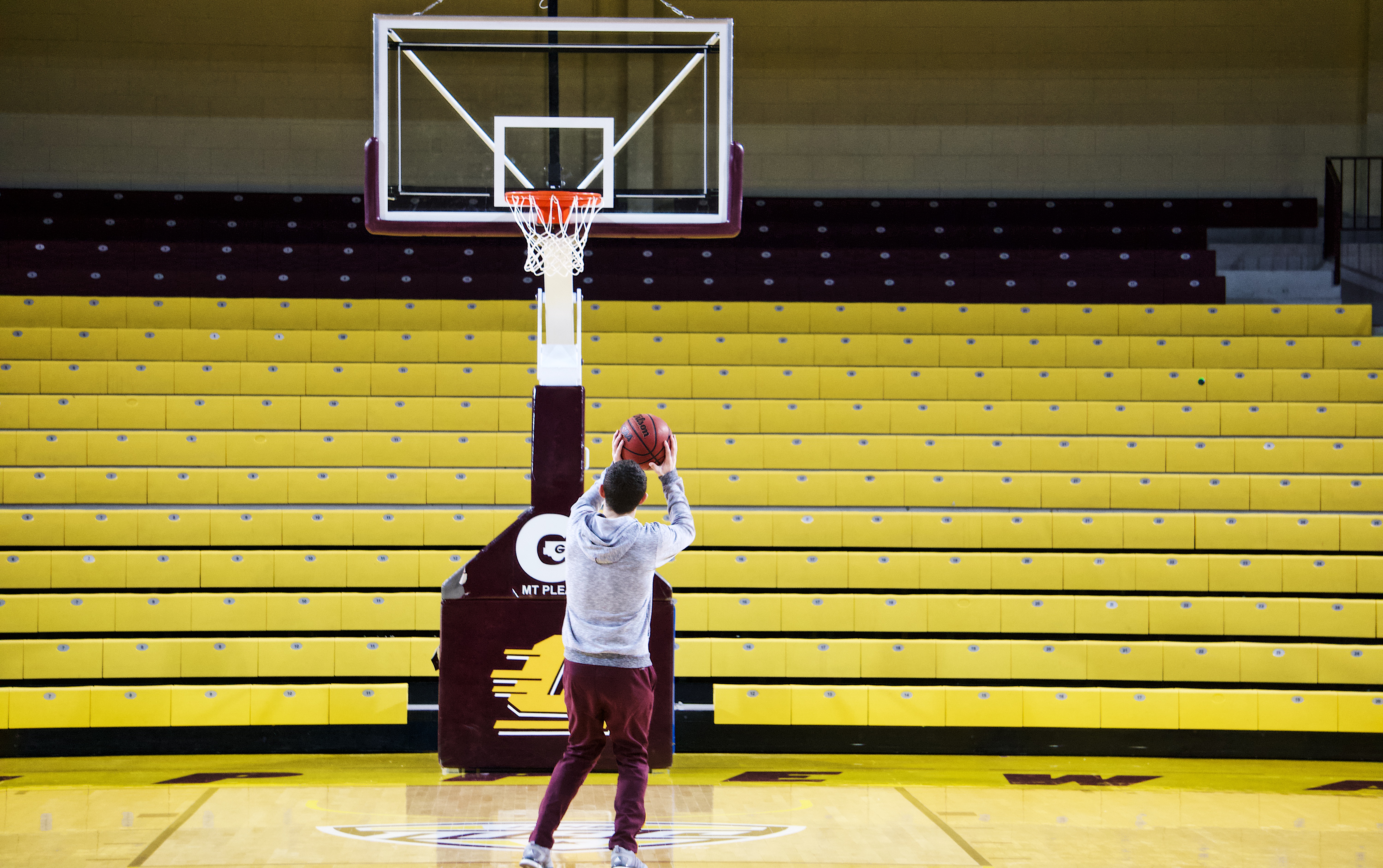