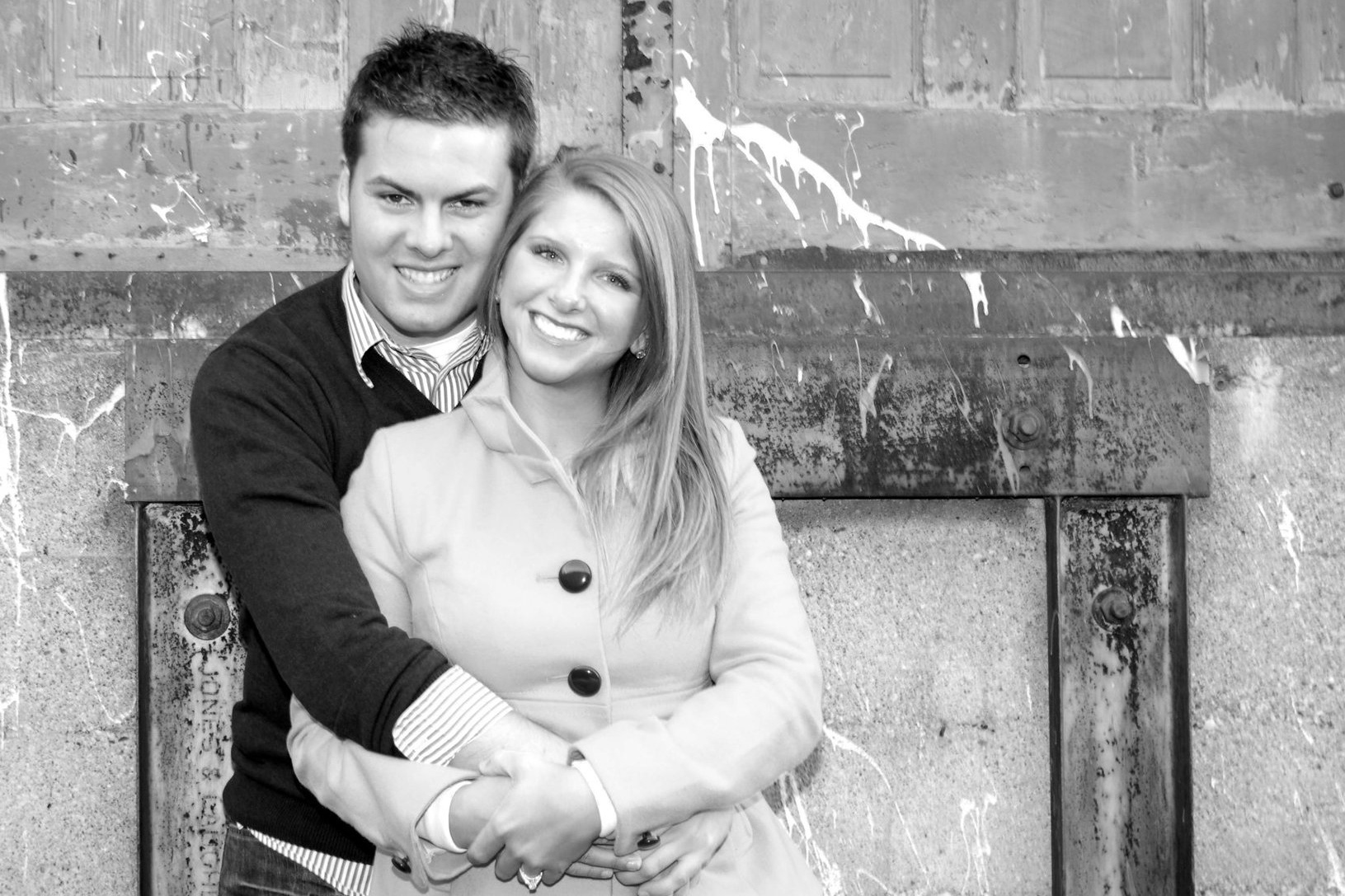 Some students can’t imagine taking a full course load while simultaneously tackling a job search, training a new puppy and planning a wedding.

Ashley Carlson, a senior from Jenison, is doing all of that and more. As graduation is approaching, seniors are getting their caps and gowns ready and finishing up last projects, but Ashley is getting her wedding dress altered, her invitations sent out and planning her reception and honeymoon at the same time.

Neely Adkins and Ashley Carlson didn’t plan to fall in love. They were together at every college basketball game, and with Ashley being on the dance team and Neely playing the drums in the pep-band, it was hard for them to avoid each other. Each year, the spirit teams are sent to the Mid-American Conference tournament to represent the Central Michigan Chippewas. With a five-hour bus ride ahead, Neely strategically placed himself across the aisle from Ashley.

“He won me over then,” Carlson said.

After almost a year of dating, Neely knew that Ashley was ‘The One’ and decided to propose. During a normal weekend visiting Neely at his home in Grand Rapids, Neely took Ashley to the River House condominiums overlooking the Grand River. He had a whole speech planned out with four roses placed at an empty table with one chair where Carlson sat at.

“One- for the first date, pretty on it’s own, but room for growth.

Two- for the perfect pair, a match made in heaven

Three- for the trifecta, all good things come in threes!

Four- for FOREVER and that’s how we will remain,” Neely recited after he got down on one knee.

Immediately Ashley said yes, and Neely put the ring on her finger.  Then, the Best Man Jason, Ashley’s mother and father and Neely’s mother walked out of a different room of the condo.

With graduation approaching in May, Neely and Ashley have been planning their wedding all by themselves with some help from their family members also.

“Considering I worked just about 30 hours a week, planned a wedding, and went to school full time….I was non-stop going all the time,” Carlson said. “Also, my anti-procrastination tendencies didn’t allow for any task in any department to go unaddressed.  Sometimes it was very stressful and wearing, but so much of the time, especially since it’s getting closer is becoming so rewarding and exciting!”

Carlson and Adkins are having their ceremony and reception at the Watermark Country Club in Grand Rapids in July.