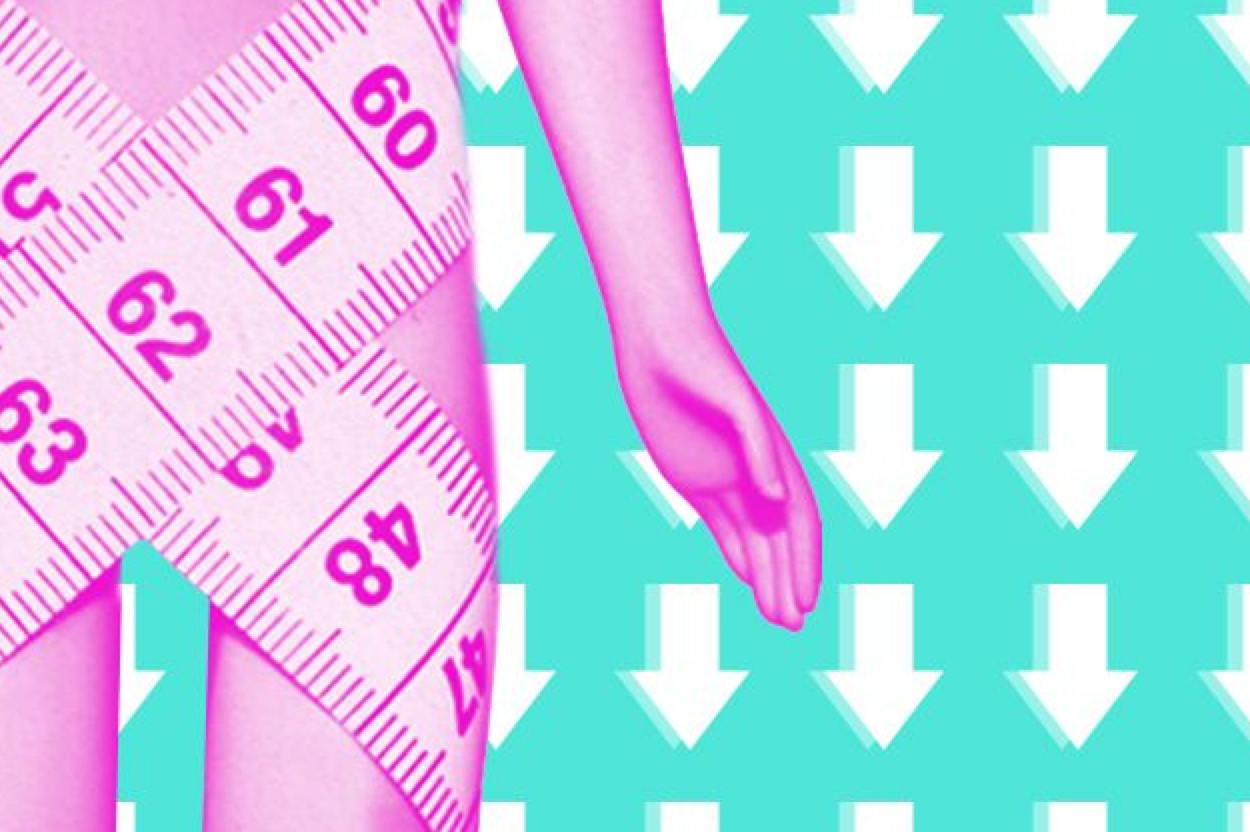 “I wish I was able to get an eating disorder. I love food too much. It would be so easy to lose weight.”

Let me stop you right there.

What those people do not realize is that it’s not a method to lose weight, but a legitimate mental illness. You develop a love/hate relationship with food and what it does to your body. It becomes an obsession.

When I say obsession, I am not understating. It occupies your mind at every moment, making you wonder if the food you’re eating is truly “clean”? What if it has GMOs? What if it has too many carbs? What kind of oil is used? Will this make me fat? Will I suffer from heart disease? Will I die before age 30?

These are the questions I asked myself two years ago.

I was obese up until after high school. No one took me seriously and I was a butt for many jokes. I was the shy fat kid growing up in a private school. I might as well have put my own “kick me” sign on my back.

So, I decided to start running in my basement and eating less, as I wanted to lose weight. Maybe then people would like me, I thought.

Fast-forward two years and now I was at a healthy weight. I thought I was still fat, so I thought I had to lose more and more.
Not eating seemed like a cure to my problems. It would give me the six-pack abs, make me stronger, and do it without even trying.

So I did, I ate clean and ran more. But I wasn’t losing weight.

I kept researching and learning about “bad” foods. Things like peanut butter and red meat. Fat is bad, carbs are bad, protein will destroy your kidneys, I got all of these mixed messages from different places and I never knew what to do. I felt like I was screwed no matter what. So what was the “logical” step?

I ended up starving myself and exercising more.

I would eat anywhere from 800-1000 calories a day while walking around with a heavy backpack because it “burned more calories.” I did lose weight, but I lost lean mass. At this point my hair was thinning and falling out, I was always sluggish and tired, having a hard time working and I would get light headed every time I stood up. I withdrew myself from friends, and I looked malnourished. But, I still thought I was fat.

And yet, once a month I would have a crazy binge meal. I would stuff myself until I was close to throwing up. I felt ashamed and began to starve myself. It was a harmful cycle that just would not stop.

The day I realized I had a problem is when I was at a staff meeting for my college newspaper and pizza was brought up. I had two slices. TWO. And once I got to my car, I panicked. I felt like I committed a deadly sin and my judgement was coming to me. I was breathing heavily and hiding my face to make sure no one would see my crippling shame. How I was able to drive home was beyond me.

As I got there, I felt like the world was falling down around me. I thought I was going to die and get fat again. I could not stop shaking or get a solid breath in. I called in to work right before my shift on that day because I could not function or calm down, I ended up being written up.

My parents couldn’t take seeing me like this. They knew I was hurting myself and warned me that it would catch up to me. But I refused help, thinking that they don’t know what it takes to be healthy.

They ended up being right. They got me a psychiatrist after that incident.

After a few sessions, I realized that this disordered thinking is a result of my anxiety. I was so worried about what others thought that I wouldn’t take care of myself. I was basically hurting myself so others would think I’m a stand-up guy.

I struggle to say I was Anorexic because my psychologist never really gave me that label, but I had the “… tendencies of an anorexic.”

Fortunately, I have recovered and I am now sitting at a healthy 140 pounds at 5’6”, armed with a smart-assy personality and a better outlook on life. I’m also writing for the food and beverage section here at Grand Central, isn’t irony hilarious?

I only told my friends about my problem once. Some acknowledged it, some knew my condition and my lack of social interaction. They haven’t really brought it up since, probably because they thought it would “trigger” me.

But, I am opening up about this now because I want my experience to benefit others. I want them to see what an eating disorder does to you. I also want to help those who may be suffering from such an ailment. It’s not something to glorify, it’s not something to gawk at, nothing about it is inherently good in any way, shape or form.

Eating disorders are not only a matter of physical health, but also mental health.

The reason people think they look good when they look like they’re starving is because they see it that way. We live in an age where Photoshop and celebrities determine what kind of body we should have.

We strive for the unattainable, that’s where the problem lies.

I wanted perfection, even though perfection is not really possible. People would like to think it is, but have you ever gotten yourself to be perfect?

We shouldn’t focus on the vast majority when they are just going to say it’s not good enough no matter what you do. I think you should love yourself the same way you would love someone else.

You should love yourself unconditionally. Yes, your body could look nicer, but at the cost of your sanity and personal happiness? Your relationships? Your actual health?

Your body is a part of your life, not your entire life. You should take care of your body, but your mind also needs some of that TLC.

So, the next time you think about starving yourself to lose weight quickly, ask yourself: Is this sustainable? Will this make me happy in the long run? Will this impede my life in more ways than one?

Answer: You don’t want an eating disorder, trust me.