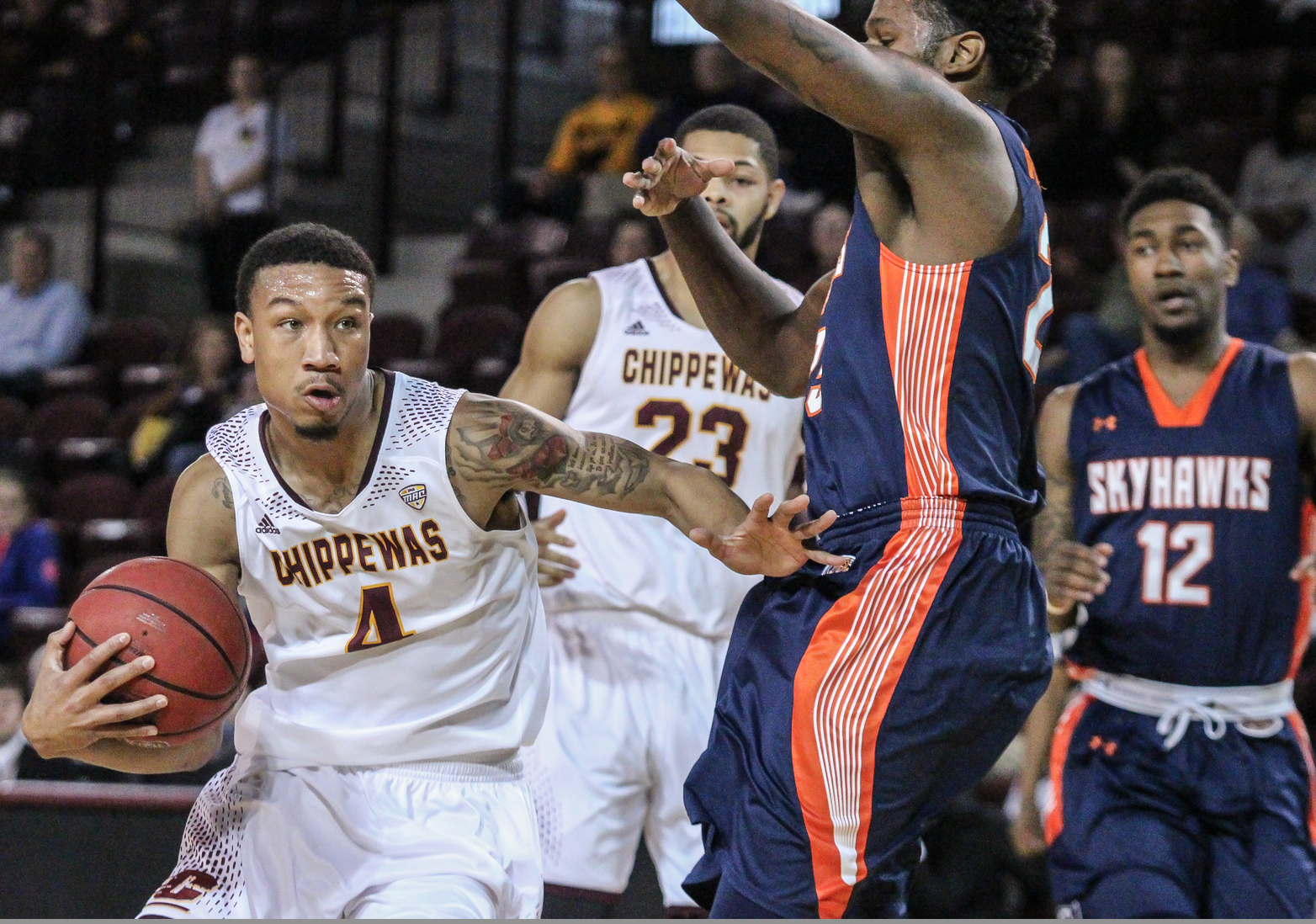 Unfortunately, CMU lost 76-73 after a back and forth game against the Skyhawks. UTM lead CMU by one point going into the second half. In the final seconds, UTM Guard Alex Anderson hit a three-pointer to put them up and over the Chippewas. From there CMU was forced to foul and couldn’t regain control of the game.

Guard Braylon Rayon was the Chippewas leading scorer with 24 points. He was just two rebounds away from recording a double-double. Josh Kozinski was also a huge help for the Chippewas off the bench with a couple key three-pointers that kept CMU in the game. He scored 15 points through out the night.

Tonight was also the last game for CMU seniors Chris Fowler, Rayshawn Simmons, Austin Stewart and John Simons. Each player supplemented the team in their own way; as it will take a lot to refill their shoes.

Photos and story by William Bly.