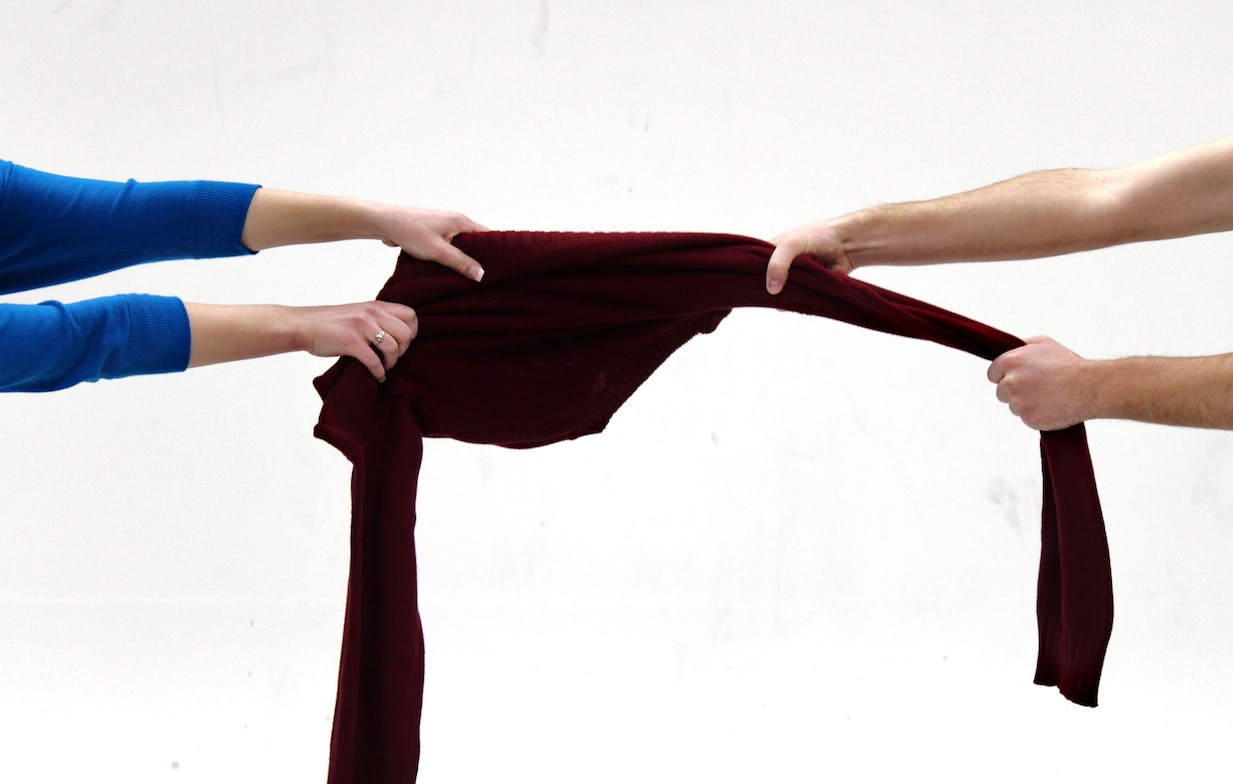 We’ve all done it. Spent some time with our significant other and walked away with more than just a happy memory. Something from his closet travelled home with you- a favorite hoodie, a cool belt, one of his ties. There is just something so appealing about men’s clothing.

More than just the fact that it smells like your favorite guy (always a plus), menswear has elements that aren’t always seen in women’s fashion. Loose comfortable sweaters, long cardigans, and ties with a unique pattern are staples in the men’s department that, while they are slowly making their way to the women’s department, can be tricky to find.

Your boyfriend’s closet can be a treasure trove of ties that make great hair scarves, long cardigans to layer over dresses and tall socks to wear with boots.

“I love to borrow one of my boyfriend’s long cardigans,” Sarah King, a junior from Rockford, said. She layers her borrowed sweater over a vintage t-shirt and skinny jeans, cinching it with a belt.

“It’s just so soft and comfortable,” King said. “Plus it looks really indie and bohemian. Paul is definitely not getting his sweater back anytime soon!”

“A friend of mine always had the coolest scarves in her hair,” Addey Meachum, a freshman from Traverse City, said. “I finally asked her where she got them one day and she told me they were actually her boyfriend’s ties!”

We’ve all done our share of “borrowing,” whether it’s sweaters or ties.

But what about the guys we steal from? It can’t be fun for them.

Think about it- wouldn’t you be a little miffed if your guy took your favorite pair of boots to wear with his new jeans and then never gave them back? For the guys we borrow from, our sticky fingers can be frustrating.

There’s nothing wrong with loving some of the pieces in your boyfriend’s closet, but a better thing to do is steal his style, not his clothes. With temperatures dropping below zero, the poor guy needs every sweater he has.

Instead of stealing from him, take inspiration from him.

Next time he goes shopping (or you drag him out shopping) pay attention to the things he buys that you might be tempted to borrow and pick up one for yourself, too! Or ask him where he got the tie you love and make a mental note to snag one the next time you’re at the mall.

Don’t be afraid to hit up the men’s section when you’re out shopping with friends as well.  There are a lot of great pieces to be found there, and if nothing else, you owe the poor guy a replacement for the sweater you stole because let’s face it, you’re never giving it back.