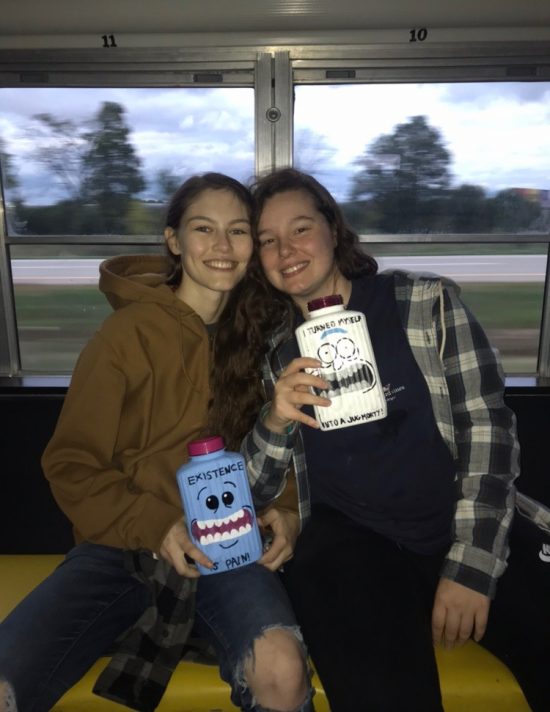 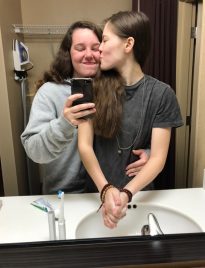 The age of social media has drastically changed the dating scene. For two Central Michigan University students, the blogging site Tumblr helped them come together and spark a new flame.

It all started with a simple follow. Davis followed Carroll on Tumblr but never actually had the courage to reach out and message her.

“It was one particular Friday at 3:33 in the morning when I finally worked up the courage to message her because it was clear she was having a bad night,” Davis said.

“We messaged each other back and forth for hours,” Davis said. “It felt like I had known her for my whole life and I finally asked for her number.”

Soon enough after endless hours of talking on the phone, Davis asked Carroll to be her girlfriend after only knowing her for four days. 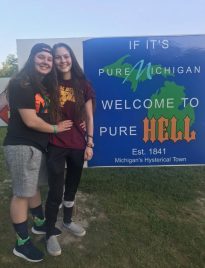 “I knew I loved her within the first hour of talking to her,” Davis said.

At the time, Carroll was attending Oakland University and ironically enough planned to attend CMU upon graduation high school. However, things changed.

“We had a long-distance relationship the entire school year,” said Davis. “If she wasn’t up here visiting me, I was at home visiting with her. We did everything together, but it just sucked that we didn’t live in the same place,” Davis said.

Carroll applied to CMU as a transfer student to pursue her degree in social work that same year.

“I couldn’t be happier to go to the same school as her and be closer to her every single day,” Davis said.

It’s been over a year since the two met on Tumblr and their relationship is stronger than ever. Davis and Carroll are both still continuing to pursue their degrees in social work together. 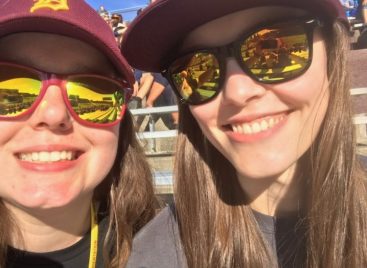 “My favorite thing about Lindsey is her passion,” Carroll said. “Anything she does and everything she cares about she puts all of her effort and passion into. When she cares about something or someone, she carefully devotes her time and energy into achieving that goal or completely brightening up the lives of the people around her.”

“My favorite thing about Jess is how positive she is all the time,” Davis said. “She can turn every bad situation into something good and knows how to make me happy no matter how I’m feeling. She makes sure I’m feeling 100% all the time.”

Davis and Carroll connected through a simple message on social media. Needless to say, never be too scared to shoot your shot.