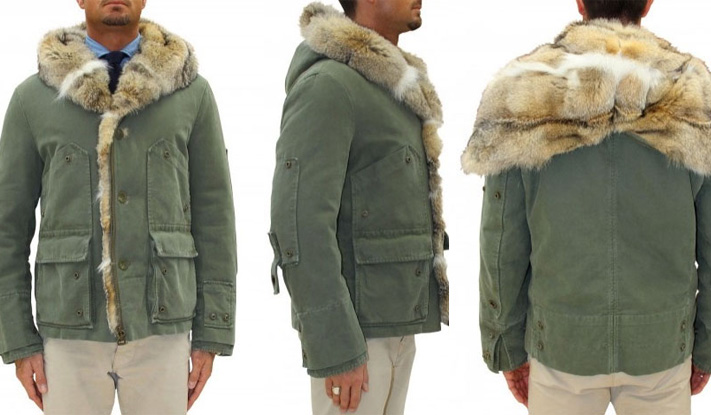 These two stylish men, Kanye West and Scott Disick, are both wearing the same $3,567 Ermanno Scervino olive green fur-lined coat. But the question is, who wore it best?

To the left, Kanye West decided to wear his fur coat unbuttoned and opened so that the rest of his outfit could stand out. Under his coat he chose to throw on a plain, off-black T-shirt, drawing more attention to his gold thick linked chain. Kanye matched his shirt with a pair of black jeans and to add more style to his outfit he tied a black and red checkered button up flannel around his waist to add a little color to his “swag.” 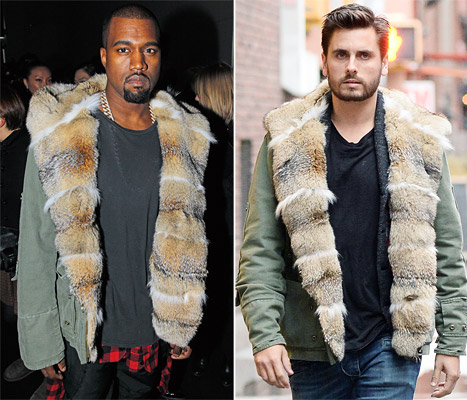 Scott was in the “laid back” mood with his outfit this day. Even though his fur lined coat was a little flashy he toned it down with a nice, plain white longsleeve tank. Unlike Kanye, Scott chose to button just a couple buttons towards the bottom of his coat , allowing the top the stay opened, forming a V-Shaped opening, and showing off his upper attire. Even though Scott isn’t wearing a chain like Kanye, he still has a little spice in his style by wearing his white watch, but not drawing too much attention. To complete the outfit, he wore dark green jeans, which helps compliment his olive green coat.

Both men are very stylish when it comes to clothes but in two totally different ways.

Now it’s up to you. Who wore it best?