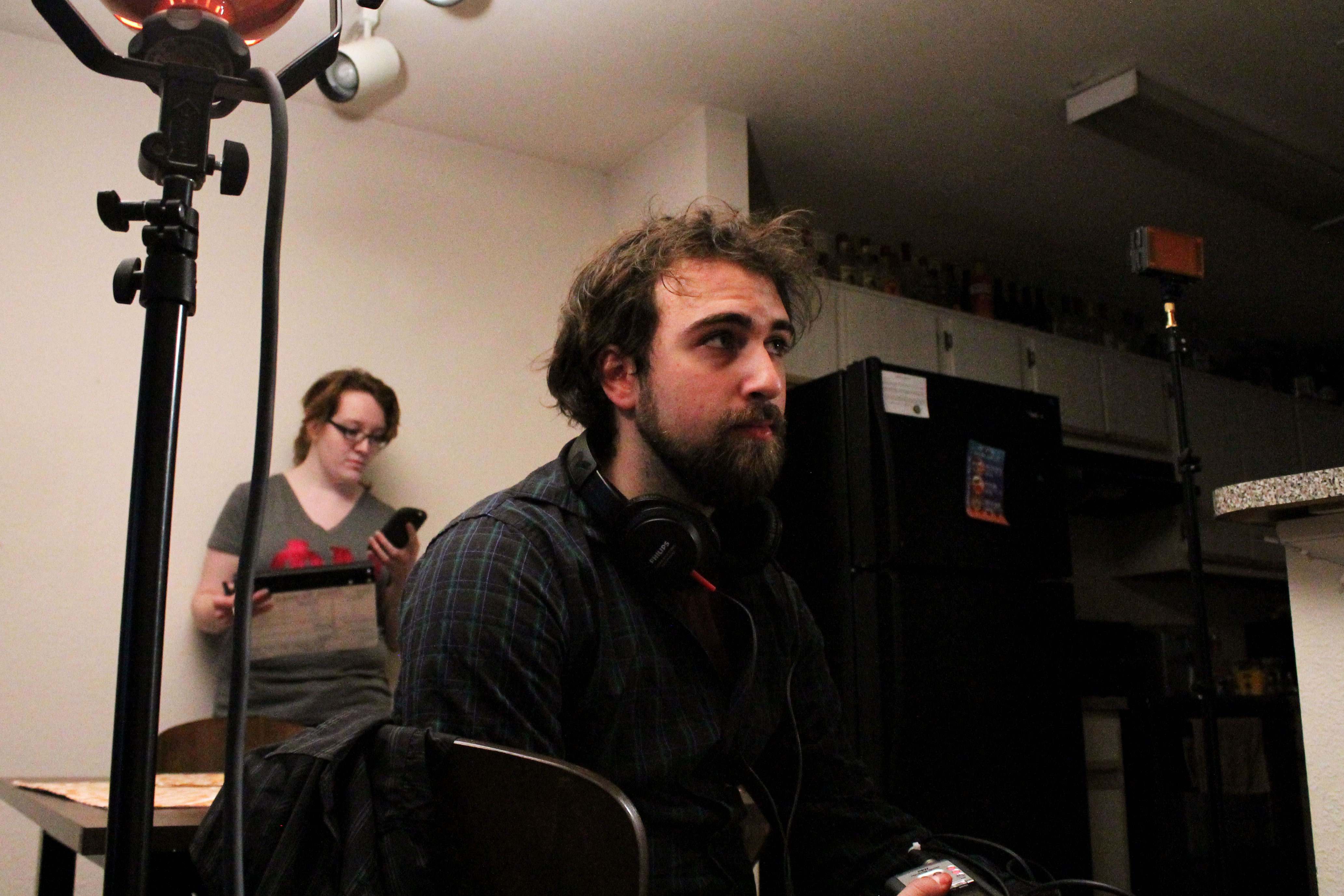 It all started with a movie.

When Miles Johnson, then 10 years old, first saw “The Lord of the Rings: The Fellowship of the Ring,” something sparked inside him.

The Rockford native has always had an interest in the arts. His parents own Theatricks, a theatre supply store in Grand Rapids, and his mother studied theatre in college. But after seeing the first “Lord of the Rings” movie, Johnson realized just how epic the scope of filmmaking could be.

It was the first time he had experienced a story transform from a book to a movie. To this day, “The Lord of the Rings” trilogy encompasses some of his favorite films.

Johnson, a graduate assistant in Central Michigan University’s Broadcast and Cinematic Arts program, says that growing up in a costume shop led him in the creative direction he’s going. (It also introduced him to juggling, which happens to be a favored pastime of his).

The 22-year-old is currently working on a series entitled “Sketchy People” for Central Premiere Productions. Johnson is the president of the organization, which educates students about filmmaking. Their goal is to supply equipment and resources for students to gain experience by creating their own original content.

Generally, students make short films for Central Premiere Productions, but TV episodes are also an option. Johnson says he prefers the television format, because he can focus on making 22-minute episodes of the same series, instead of separate short films.

“Sketchy People,” the aptly named sketch comedy show, features skits on a myriad of subjects, including Satanists, Harry Potter fan fiction, and Jack the Ripper – just to name a few. Johnson has been working on the project since last semester and the show’s first two episodes air on Moore Hall Television at 6:30 p.m. most evenings.

Johnson is currently executively producing a short film entitled “Andy’s Revenge,” which is acting as a fourth episode to the series and features a majority of the cast.

“‘Andy’s Revenge’ is ridiculous and highly self-indulgent, a straight-faced send up of typical revenge films,” Johnson said. “It takes itself far more seriously than it has any right to, and hopefully it’s all the better for that.”

Johnson, a 2014 CMU graduate, is no stranger to television series development. Two years ago, he wrote, produced and starred in “Adventurous Detectivous.” The six-episode “mockumentary” series follows fictional former child detective Jeremiah Jones. The series, which Johnson developed for independent study, continues to air on MHTV.

“I feel like I wasted my first two years of college (because) I worked on things, but nothing I’m proud of, and it wasn’t until my junior year that I stepped up to make something that I personally was interested in,” Johnson said. “I made six episodes of that program (“Adventurous Detectivous”), and I loved it before the end.”

Johnson chose CMU mainly because his mother also attended the university, but he had a great undergraduate experience in the BCA program, so he chose to pursue his graduate degree at CMU as well.

When Johnson started at CMU in 2010, the BCA department was largely focused on news production. Since then, the program has shifted more toward film and television production, a change Johnson is happy to see.

Once Johnson finishes his graduate degree, he plans on applying for jobs at various video production houses. He assumes he will end up in a big city, either New York, Chicago or Los Angeles, as these cities will allow him to pursue his passion of filmmaking.

No matter where he ends up, Johnson has big plans for the future.

“I want to work in film and television production more than anything,” he said. “Scripted programs, smart comedies like ‘Arrested Development,’ or dramatic epics like ‘Game of Thrones.’ I’m not going to be picky; I’ll take what I can get, but if my career can take me somewhere where I’m making the types of content that I’d personally like to watch, that’s when I’ll know I’ve succeeded.”