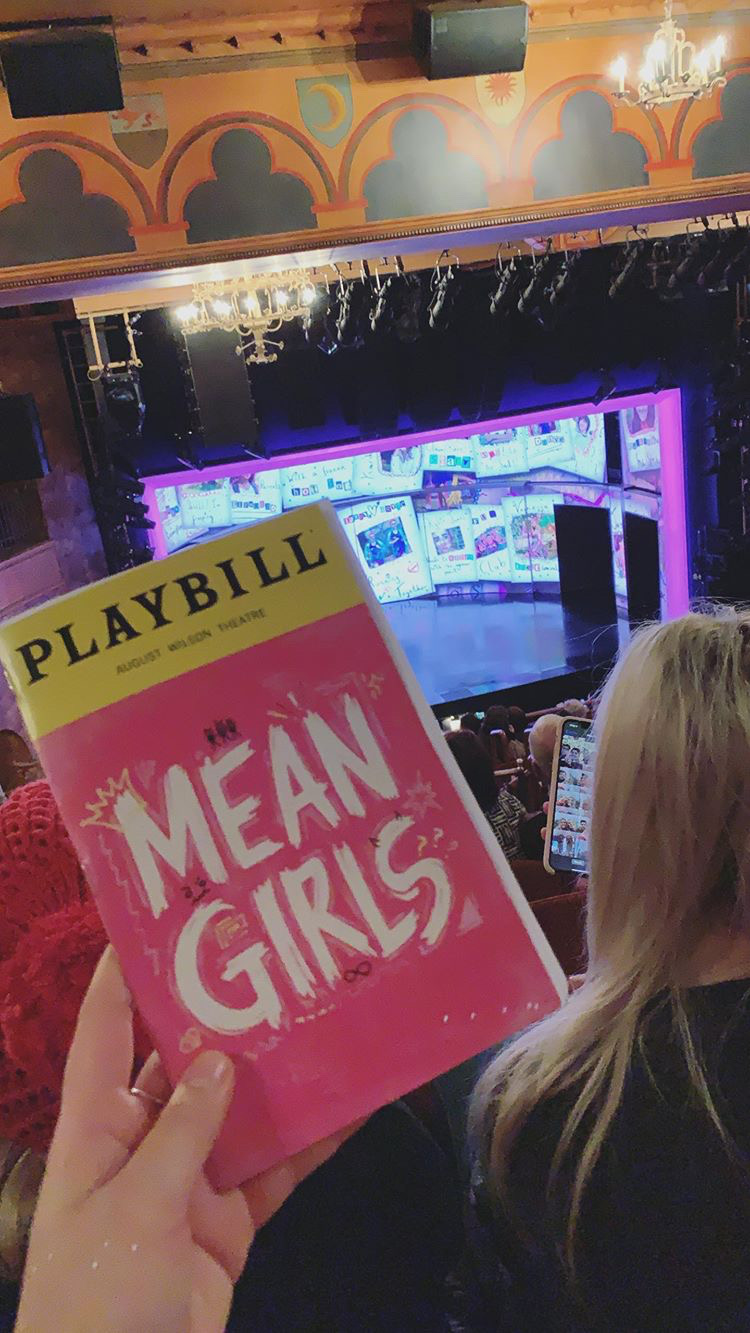 Story and photos by Kendall Reid 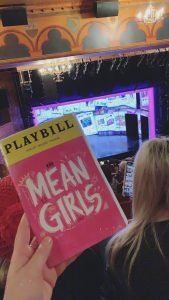 This past weekend, I visited the city that never sleeps to soak up the big city and the bright lights. Being the musical theater nerd that I am, I couldn’t pass up the opportunity to see Mean Girls The Musical.

The musical, which debuted on Broadway in 2018 is truly a “fetch” adaptation of the classic movie. It’s laugh out loud funny and will leave you reminiscing on the first time you saw the movie.

The musical starts off in present day with Janis and Damian advising freshman to not follow in the footsteps of Regina George. The show then goes back in time to tell the story of Cady Heron moving to the US from Africa and her struggle to fit in. 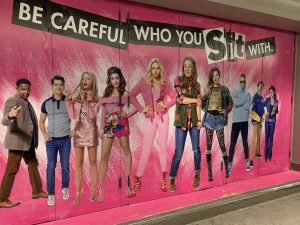 The show has important messages about being a good friend, being honest and not changing yourself to fit in. It also touches on the importance of feminism.

In a world filled with plastics, it’s important to remember to be your true self. Janis sings it best, I’d rather be me than be with you.

How many times would I see this show again? The limit does not exist.