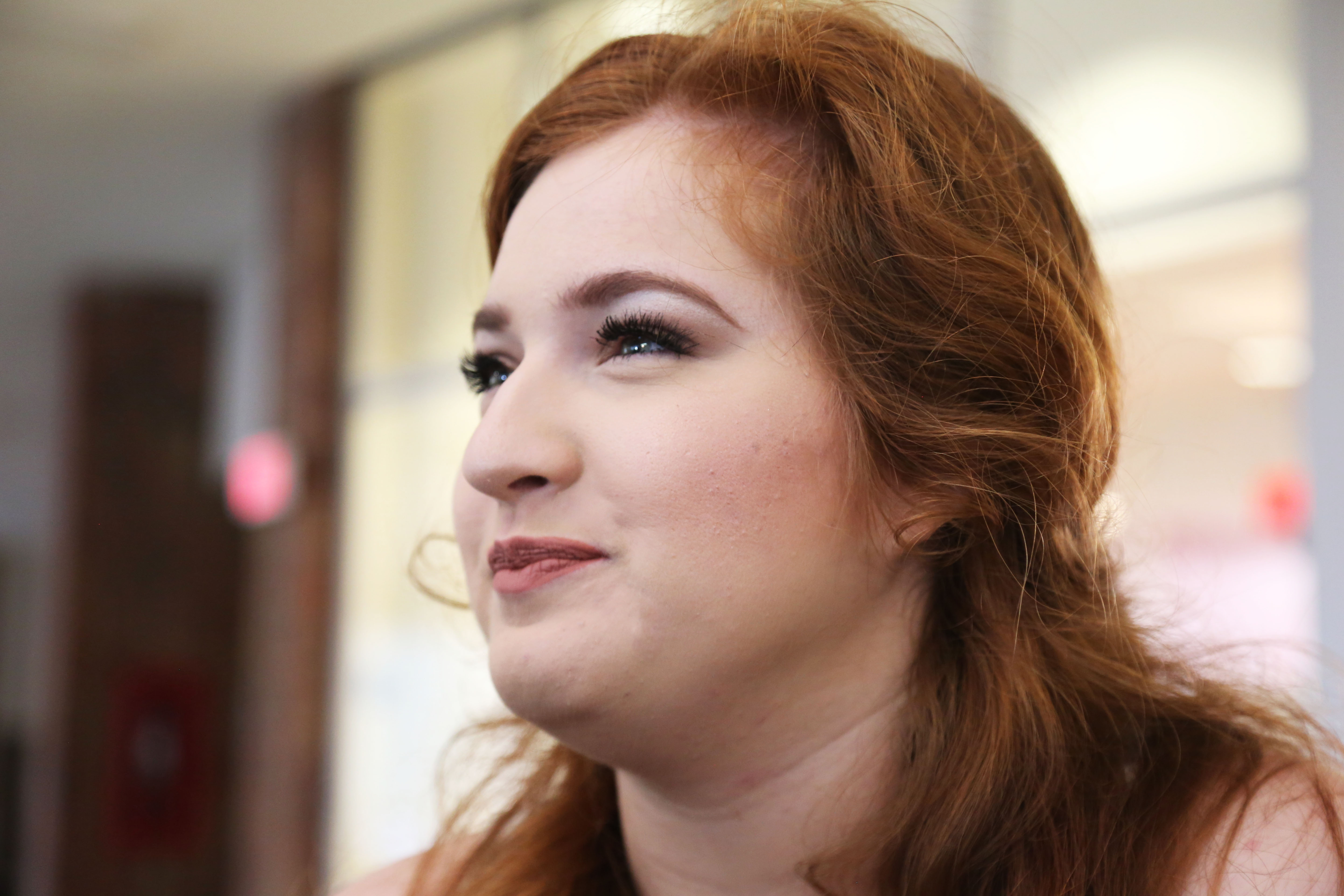 Christine Sawicki said men tend to be more likeable in comedy, and people care more about what they have to say. But she likes the challenge. The Central Michigan University junior has been involved in Trap Door Improv, an improv troupe sponsored by University Theatre, for two years.

There’s Power in Numbers
The first Trap Door Improv show of the year will take place on Sept. 24 at 6, 8 and 10 p.m. in Moore 102. This year, the troupe, which developed from an all-male group called Three Dull Guys, will look a little different. This year, Trap Door has more women involved than men.

Senior Allie Jackson, who is a co-leader of Trap Door Improv, got involved in Trap Door during her freshman year. For two years, she was the only woman in the troupe, she said.

“It was me as the female, and they were all men, so I was kind of always unfortunately a little pegged to be the girl [character] because I was the girl,” Jackson said. “But this year is a lot different which, is nice because it kind of forces the girls to have to step it up a little bit so I kind of like it.”

Jackson said when people gave her a hard time about being the only girl, the other members of the troupe supported her but she also felt pressured to keep up with them.

“I felt a lot of pressure to make sure I was up to their level being the only female but on top of that, making sure I was always making new characters and being creative so I wasn’t always the damsel in distress or the girlfriend or the wife,” she said.

Though Jackson has experienced telling the same joke as a man and having it be received differently when she says it, she thinks there’s hope because of all the amazing women she’s seen doing improv.

“I think that men can get away with a lot more [in comedy], from experience and from what I’ve seen,” Sawicki said. “But, I think women are really starting to expand those boundaries and take more risks and talk about more scandalous things or talk about things that maybe we haven’t been able to in the past.”

Last year, an equal number of men and women were involved in the troupe, which was a great dynamic, Sawicki said. When she was talking to someone about how Trap Door now has more female members, she didn’t know how to respond when the person said, “how’s that going to work?”

Hayley Jones, a sophomore who joined Trap Door last semester, said comedy tends to be male dominated, so she thinks it’s cool that there are more women in Trap Door right now.

“When I was in high school, I did a lot of improv and the guys would really try to take it over and exclude the girls a lot, which was kind of like, ‘okay, I’m funny, shut up,’” Jones laughed. “But then coming to college, I think it’s really cool that there are more women than men in Trap Door right now.”

Let’s Talk about Sex
Sawicki said men can get away with being jerks but when women play jerks, people don’t find it funny. She also thinks women are held to different standards when it comes to joking about sex.

Jones said during the game, she’ll sometimes think of certain jokes but then thinks “oh, it would be funny if a guy said it.”

The first time she did Innuendo, the word was “dentist.”

“Somebody was like, ‘ewww, that’s disgusting’ [at the show],” Jones said, “and I was like, ‘if any other person said that, you’d be fine with it.’”

Receiving Those Discouraging Comments
Jackson said some women in the troupe this year have expressed concern about not being perceived as funny. Though she encourages them to not be insecure about it, she also has heard comments that suggest women can’t be as funny as men.

“It’s definitely disheartening because I think there’s things female comedians can do that male comedians can’t and vice versa, but it always seems like it’s like, ‘girls can’t be funny’ and I’m like, ‘wait a minute, that’s not fair,'” Jackson said.

Jackson said when she has told guys that she does improv or is interested in comedy, she has received comments like “oh, sure” or “whatever you say” from some of them.

She also remembers one comment that was particularly hurtful. Everybody has a bad show sometimes, she said, and she had one when someone came up to her after the show and said, “I feel like you’re probably the weakest link.”

“This was back when I was with all the boys and was the only girl,” Jackson said, “so this person was like, ‘yeah, like you’re just kind of always the same character, just the girl.'”

Looking to Females in the Industry
Sawicki said even she’s more skeptical of female stand-up comedians, and she doesn’t know why.

“And usually [the female comedian] is hilarious,” Sawicki said. “I love when both men and women are doing awesome things in comedy, but I think women and men are held to different standards, so if a woman talks about something, sometimes the reaction will be a little different.”

In the beginning, she said, she was a little discouraged about getting involved in comedy, but before she joined Trap Door, there was a girl in it who she thought was really funny.

“She was just so clever, so smart, so hilarious and that was kind of my motivation,” Sawicki said. “I was like, ‘she’s the best one out there doing everything.’ It just got me so excited so when someone said [something negative about women in comedy], it just made me want to do it more or try something crazier or do a different character or just be more sexual or dirty or whatever.”

“Just recently I’ve been watching tons of stand-up comedians on Netflix and I just finished Amy Poehler’s book and I just think women are realizing we don’t have to hold back,” Sawicki said. “We can be raunchy and we can be goofy and dumb and all these different types of characters just as much as a man can.”

“I’ve grown up being obsessed with Amy Poehler,” Jones said. “She is my life goal.”

Jones said she thinks improv is freeing. As a structured and organized person, improv allows her to let go and show her funny side. For Sawicki, improv is a rush because it’s always different.

“If you like comedy and you like making people laugh, at the end of the day, boy or girl, that’s what matters,” Sawicki said.