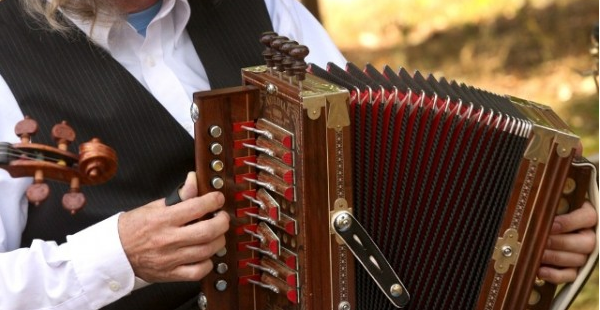 As a first time Wheatland-goer and volunteer, I quickly found out that it is somewhat of a holiday. A three-day music festival near Remus, it’s the Christmas of September. Your birthday is in January? Nope. It’s Wheatland weekend. Celebrate accordingly. The festivities were in full force, calls of “Happy Wheatland” were heard everywhere I went.

I was thrown into Wheatland’s festival grounds Saturday morning, a lost puppy in a sea of cars and tie-dye adorned yawning dads. Having only found out I was attending and volunteering days before the festival had started, I didn’t even have time to think. Any expectations I had were completely exceeded.

Festivals always have a sense of family floating through the crowds. There’s something about not showering for a few days that really brings people together. And eventually apart once everyone starts to smell. Wheatland was like being welcomed by the nicest aunts and uncles you never had. I was tossed into the CD tent, after power walking through pajama-laden crowds and being told wrong directions by several people. It was early. They were nice, and most likely hung-over. I found it eventually.

The pleasant crowds were only a bonus to the superior music that was featured over the course of the weekend. Among the talent featured were Grand Rapids locals The Crane Wives, whose tiny bodies produce such lovely noise it didn’t seem quite right. De Temps Antan was another standout band. A trio out of Quebec, they tapped their way through the entire set. The energy they gave off reverberated through the entire crowd. The set eventually ended with the entire crowd on their feet in a mad flurry that resembled something like an over excited dance on the way to a bathroom. The happiness was contagious, to say the least.

As well as being inducted into a wonderful new world folk music, I was introduced to the Cajun dance. From what I heard throughout the weekend, it’s a pretty big deal. And it’s surely big. It was the most fun shuffling around in a circle that I have ever had. Shuffling. For hours. With about a hundred or more other people. It was brilliantly dizzying on multiple levels. Everyone including myself had a permanent smile stuck to their faces.

It was impossible to be in a bad mood. It was the most friendly and cult-like experience I have ever had. Not to mention the only cult-like experience. Other volunteers asked me, “How long did it take you to figure out that you were coming back next year?” It took about an hour. Even in my lost, wandering state in a desperate search for the elusive CD tent, I knew that it was an experience I wanted to have every year.