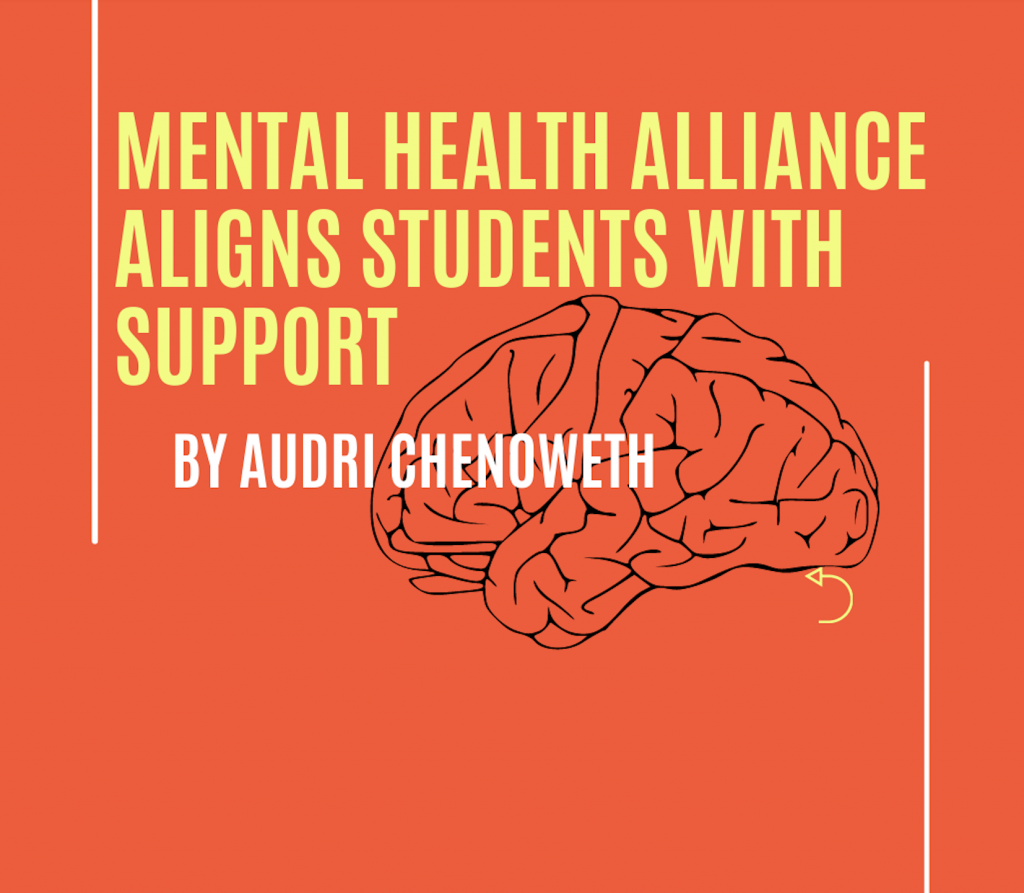 Diagnosed with schizoaffective disorder during her freshman year of college at Michigan State University, senior Paige Zundel was told to keep it quiet by her family.

On MSU’s campus a year later, she was finally able to talk about it. Zundel searched for a safe space to learn and discuss mental health issues with people her age.

After she transferred from Michigan State University and learned from mental health clubs there, Zundel looked to find a similar registered student organization on CentralMichigan’s campus.

She found the Mental Health Alliance where she could not only
learn about mental health but discuss and hear about the experiences of others.

The Mental Health Alliance was started in 2018 for students to have an open, safe space to precisely accomplish what Zundel had been looking when she came to campus.

The group meets to learn about mental health including some heavy topics such as suicide and mental hospitals, as well as a place for students to discuss and let their own experiences off their chest and find resources to help.

The RSO wants to create the sense of a support system for those struggling with mental health on campus, to ensure they know they are not alone and there is a place for them.

After finding her place on campus and within the alliance, Zundel became vice president after one semester as a member and is now president for the 2021-22 year with hope to bring more open discussion to the group than in the past. Meetings give students the opportunity to hear about warning signs for a variety of disorders to better understand their own or that of those they are close to.

“People actually tell me they have family members with schizophrenia, and now they’re going to talk to them now because they see someone in power with it,” Zundel said.

The RSO strives to remove the stigma around talking about mental health on a university campus. When all meetings and classes changed to an online format due to COVID-19, the group attempted to still be active with meetings, game, and painting nights.

Zundel said it was difficult to get students to speak up during the online events as students “don’t form trustas well when online, like it’s hard to trust someone that you’ve never met in person.”

As the campus is transitions back to campus, the Mental Health Alliance wants to go back to giving students a safe space to talk on campus about difficult issues.

“This club has made me realize that a lot of people just aren’t comfortable talking in the environment they’re in online,” Zundel said. “Maybe they need a space where everyone’s together and they can feed off of body movement and facial connection.”

With September being suicide prevention month, the group wants to make people aware but not cover that topic completely yet since the group is just getting connected. Hearing the stories of other members at meetings will help the group connect and form a strong connection for the times when it is important to talk about heavy topics.

The Mental Health Alliance wants to talk about heavier subjects since sugar coating them has not been a beneficial solution to making students feel supported. Meetings for student members began Sept. 29 at 7 p.m. in Anspach 150 and will continue on a biweekly basis.

“Sometimes we have to talk about the heavy subjects because if we are overlooking it and not bringing it up nothing is going to change,” Vice President Dallas Mora said. “The only change that is going to occur is if we speak up about it.”