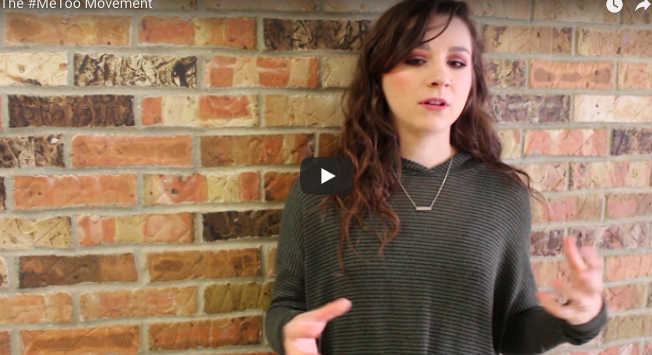 Opinion and story by Sarah Wright

Though sexual harassment and assault in the entertainment industry is not a new concept, the recent outpouring of sexual abuse claims has pushed a turning point within the an industry that has historically forced all genders into silence in favor of saving their careers and reputations.

This movement was triggered by several allegations, released by “The New York Times,” which implicated Harvey Weinstein (founder of “Miramax” and “The Weinstein Company” along with his brother Bob Weinstein) for over three decades of sexual harassment claims that happened within both his companies as well as many sexual assault and rape claims. Among victims were actresses Angelina Jolie, Kate Beckinsale, Cara Delevingne, along with many other well-known actresses and many female members of Weinstein’s staff.

Not too long after, stars like Kevin Spacey, Louis C.K., Dustin Hoffman and Matt Lauer among many others were accused of sexual harassment and assault, which would later cause an abrupt end to their projects and in some cases their careers.

However, this movement is not solely a woman’s problem. Male actors as well as former children actors have given accounts of past transgressions with abusers. On the flip side, this equal depravity extends to female attackers as well. This is explicitly seen with the accusations brought up against Melanie Martinez. This shows that harassment and assault are not a gender problem, but possibly a power problem.

Unsurprisingly, men have also come forward with their sexual harassment stories. Among these survivors were Terry Crews, Corey Feldman and Anthony Rapp.

These constant sexual harassment claims led to the #MeToo movement, which is primarily known as a viral hashtag used to demonstrate awareness of how prominent sexual harassment and assault are within our society. Many high powered female and male celebrities have used this hashtag to raise awareness about their own experiences with the issue.

The impact of this movement only grows, as seen at the recent Golden Globes ceremony in which many actors and actresses dressed in black in protest of Hollywood’s past dismissive treatment of such serious accusations.

This movement has come with many different criticisms from many different perspectives. Specifically, that a hashtag and a black dress isn’t going to change an industry over night, that coming forward without naming names allows these people to continue working and changes nothing, or that some of these cases are very vague in terms of whether they could be considered sexual assault or whether its a misunderstanding. While these claims are, at the very least, reasonable concerns, it doesn’t invalidate the reality that there has been a major problem in Hollywood and that this problem is being thoroughly addressed after years of silence.