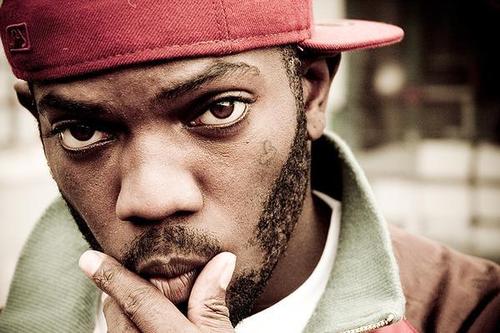 The venue, The Blind Pig, has been a cornerstone of Ann Arbor’s booming musical culture for decades – hosting legendary artists such as Jimi Hendrix, and John Lennon. The small stage and free popcorn give the venue a distinct and personal aura.

Hosted by Pontiac native One Be Lo, formerly One Man Army of Binary Star – the night consisted of free jams, open-mic sessions and performances. T. Calmese, aka Illite of Subterraneous Records, Detroit 10-man hip-hop group United States of Mind, or USM, and a three-piece sample of the six-piece, all-women Double Lo 7 band performed.

Lo facilitated the open mic competition, which showcased the crowd’s talent. Amateur hour was interrupted only for Lo, Illite and USM to remind the fans of their superior stage presence, and colorful wordplay.

Lo’s footprint on Michigan has been noted by many local publications and music festivals, including D.E.M.F., SXSW and Vans Warped Tour.

One Be Lo (born Raland Scruggs, now Nahshid Sulaiman) has been a constant force in Michigan hip-hop. His work with Senim Silla (the second half of Binary Star), debuted in 1998 with a 4-song EP titled “New Hip Hop,” followed by the albums “Waterworld” and “Masters of the Universe,” in 1999 and 2000. The albums are loyal to hip-hop’s roots as tracks include unique samples, smart lyrics, and positive messages.

Binary Star split after two years of hard work, and Lo began to work on his solo career. Lo’s leadership would jump-start Trakezoids, a production team orchestrated in 2000, Subterraneous Records, on which he would release solo albums (F.E.T.U.S., 2002, S.O.N.O.G.R.A.M., 2005, and R.E.B.I.R.T.H., 2008), and the careers of producer Decompoze, and emcees Octane and Illite.

Illite’s career at Subterraneous began with the release of “Waterworld Too” in 2001. The success of One Be Lo’s Sub crew enabled Illite to open for artists such as Mos Def, De la Soul, Jurassic 5, Redman, Slum Village and others.

Illite, now known as T. Calmese of the New Jack Kings, collaborates with producer/artist Vaughan T. to create hip-hop tributes to the new jack swing (swingbeat) genre of the late 80s, and early 90s. The 12-song project also features Detroit producer Nick Speed on “Smile Again” and “You Win (Get it Girl)”. T. Calmese brings new lyrics to old favorites, and himself to Michigan classic status.

USM is made up of Aaron Biggs, Asylum 7, Crate Digga, D. Allie, 5 Ill, Joe Pelligro, Metasyons, Sleepy Biggs, Draztik, and Max Milli. The ten artists have pumped out countless single projects, collaborations, and albums since 2007 – not to mention finishing their summer Clipped Wings tour (May-June 2010), stretching across the nation and Canada.

“The tour went great,” said Metasyons of the tour. “Except for a broken-down car in Idaho.”

Be ready for One Be Lo’s newest projects, B.A.B.Y, which is highly anticipated, featuring Michigan powerhouses Royce da 5’9”, Black Milk and Guilty Simpson and L.A.B.O.R., his newest installment. Next month’s Blind Pig performance is on Oct. 27, at 9 p.m.

“I’ve never answered this question this way,” Lo said jokingly after being asked about his influences. “American Culture. Nintendo, commercials, singers, cartoons, M.J., Prince and growing up with it all.”