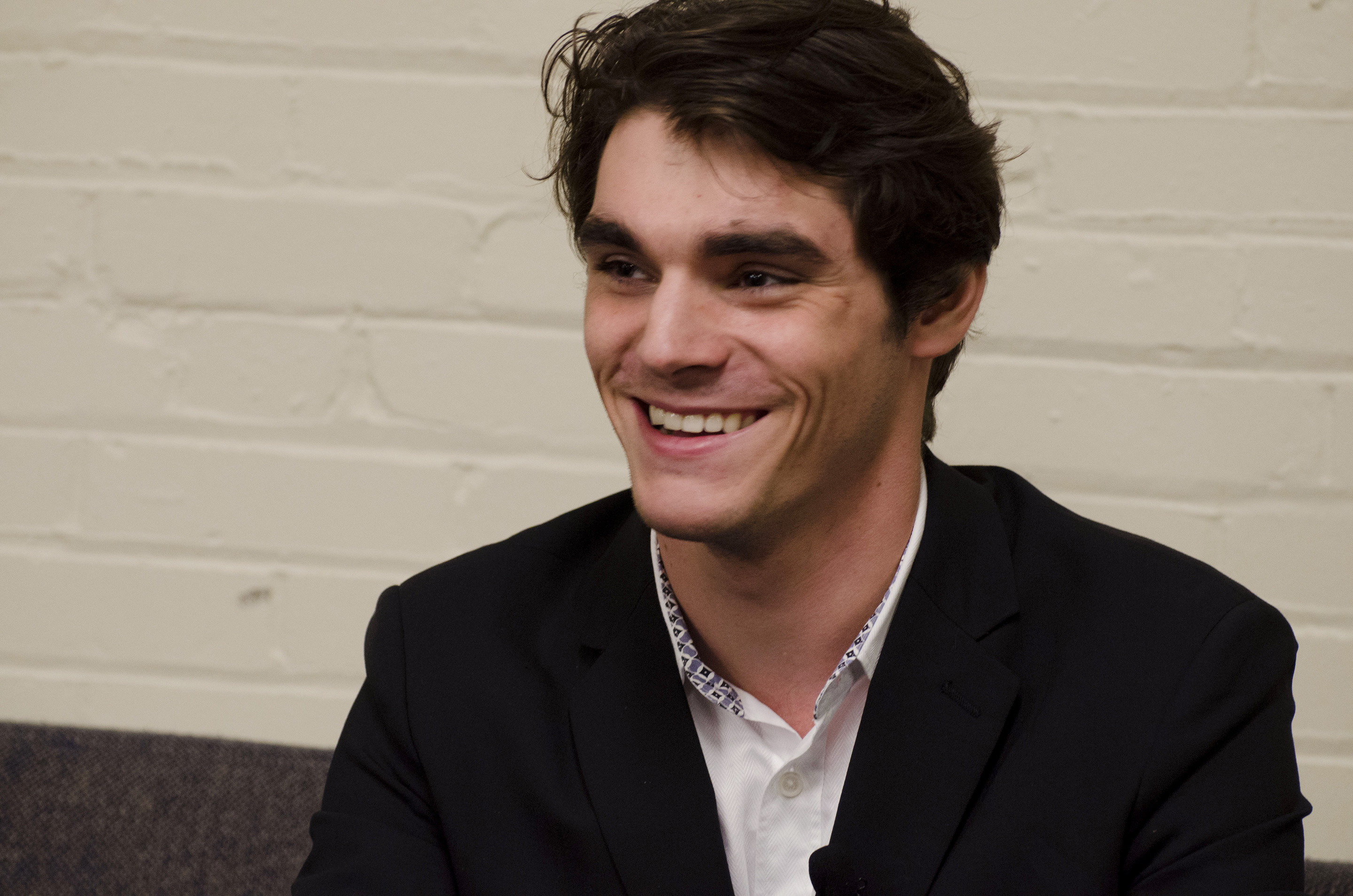 Time and time again we hear the same statement, “You can make a difference.”

Whether it be from our parents, teachers or even various people on social media who want to share an inspirational message, this statement has become something of a cliché. While the redundancy of this statement causes us to become somewhat desensitized to the true meaning of the words, today, my opinion of those five words changed.

RJ Mitte is not only the co-star of AMC’s “Breaking Bad,” but he is also an equality and diversity activist with cerebral palsy. Mitte was once bullied for his disability, but now embraces it and has not only used it to build a successful acting career, but to help others.

Mitte recently stood on the Plachta auditorium stage, speaking charmingly to an audience of hundreds of Central Michigan University students – but with a touch of something you don’t see very often these days: sincerity.

While there were many things he said that were inspiring to all, there were three things that really hit home for me.

When Mitte first said this, I thought he was wrong. Everyone always tries to help others when they can, right?

However, as he continued to tell his story, I began to notice how much truth there was behind this statement. Too often as humans, we dismiss what’s happening around us because it doesn’t directly influence our lives, even though in an ideal world, things shouldn’t be this way.

RM: “When you start acting on fear, that is no longer you.”

This is something I had never thought about before, but Mitte emphasized a lot throughout his speech – and for good reason. Once you start questioning the person you want to be or what you want to do with your life, you are acting on fear. Once you begin acting on fear, you start to lose who you are. After listening to Mitte speak about this topic, I came to the realization that being true to one’s self is not just a cliché that we should brush off, but a concept we should embrace.

RM: “Social media affects who you are.”

This is another phrase we hear all the time from just about every adult and employer we come into contact with. Everything you put on social media, whether it be Facebook, Twitter or Instagram, is out in cyberspace forever. What you put out there for the world to see defines who are, and unfortunately that means both the good and the bad.

After listening to Mitte speak, I realized that those five little words really do mean something. You can make a difference; we can all make a difference. Whether it be something big or small, we all have the ability to do something that can change the way other people think and feel.