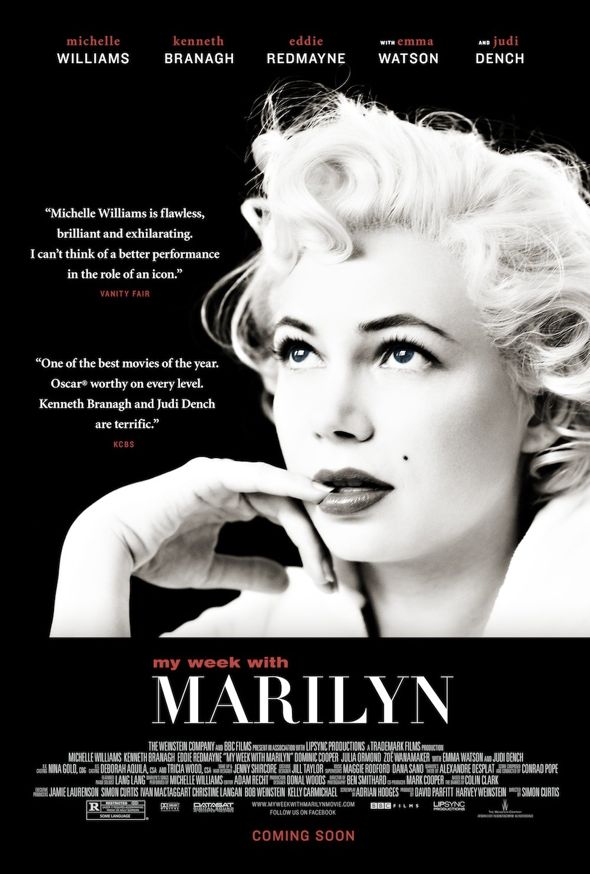 A blonde bombshell. That’s all Marilyn Monroe was to many people. With her striking looks and captivating voice, Monroe took over the world in the 1950s and became perhaps the biggest sex icon of all time. Despite her enchanting prowess on film and in music, a dark side persisted to torment her and affect those who surrounded the siren. In “My Week with Marilyn,” a film directed by Simon Curtis, these two unique sides of the world-famous woman are depicted seamlessly through the story of a short romance that took place on a job in 1956.

“My Week With Marilyn” : Trailer

The remarkable movie is set in London, England. A young film student named Colin Clark finds himself working on set of the movie, The Prince and the Showgirl, and eventually in a short relationship with Marilyn Monroe herself. The audience realizes along with Clark that Monroe is not the seductress that she is made out to seem like.

“My Week with Marilyn” is not the mainstream movie designed for everyone. Those seeking a story of fantasy and happy endings should stray away. The film brings the viewer back to reality, shattering the opinion that they may have of Monroe. It underlines the dark and tormented life that she truly lived. Being passed from family member to orphanage and back again, Monroe developed a needy and rather vulnerable sense of nature.

In essence, this film is not the stereotypical romance. Simon Curtis worked and devoted all his time to depict the incredibly realistic embodiment of both the wonderfully bright and gut-wrenching areas of love that exist in all relationships. The relationships shown in this film would strike a chord in anyone who has ever fallen in love, been hurt by love or has not yet felt it before.

Casting of the main characters was spot on, featuring such fresh faces as Michelle Williams playing Marilyn Monroe, and Eddie Redmayne as Colin Clark. Williams certainly deserves her recent Golden Globe Award and even an Academy Award Nomination for her phenomenal portrayal of Marilyn Monroe. Redmayne is perfectly cast as the somewhat star-struck and sensitive Clark. Other famous names associated with this film are Kenneth Branagh, Dame Judi Dench, and Emma Watson.

Based on the memoirs of Colin Clark, also by the same name, “My Week with Marilyn” outlines the short love affair that takes place between the naive student and the irresistible actress. Controversy had sparked after the release of his memoir, questioning the validity of events that take place within it. Was the relationship really as intense as it is made out to be? With Monroe and Clark both passed on, the truth may never be known.