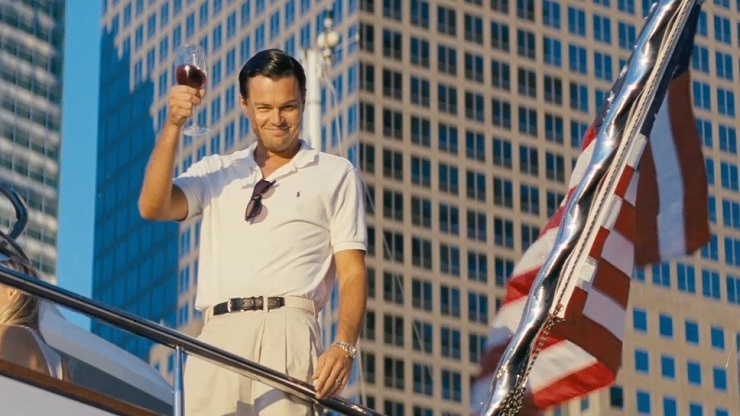 Martin Scorsese’s “The Wolf of Wall Street,” released on Christmas Day to unsuspecting families everywhere, was met with equal doses of enthusiastic praise and vehement bashing. This is mostly due to the source material, which is a memoir written by Wall Street criminal and wholly repellant person Jordan Belfort.

Belfort ran a penny-stock boiler room called Stratton Oakmont, where his team of brokers swindled millions out of poor schmucks by convincing them to buy fraudulent stocks.

Right away, the film was condemned as an endorsement of the kind of riotous lifestyle lived by Jordan and his cronies — including, but not limited to hookers, hard drugs and excessive partying. These reasons, plus the fact that Belfort is likely profiting off of the film’s success, make “The Wolf of Wall Street” a particularly prickly bit of risk-taking cinema.

It’s not necessarily a bad thing that a talent as formidable as Scorsese is being put under such thick scrutiny. What is fairly surprising about this controversy is why it took so long; the director has made nearly an entire career out of largely ambivalent and provocative crime movies that feature casual misogyny and violence.

Much of the time, Scorsese earns a pass for these things due to the mere fact that the audience is able to perceive the behavior depicted as obviously wrong.

The same argument could persuasively be made for “The Wolf of Wall Street,” considering the only difference it carries is an added side of human interest. No doubt, if the material fell into the wrong hands, the film could have turned into an overwrought drama or worse, an incessantly quoted “bro-classic” a la “The Hangover” (and it still very much has the potential of being dangerously misinterpreted by the aggressive male population, who will surely get their rocks off watching Belfort treat woman like meat to be devoured).

Fears that this Wolf has been lionized, however, should be put immediately to rest after sitting through this great film, which is, without hesitation, one of the most subversive and scathing satires to come around in a long while.

Scorsese, working with a script from Terence Winter, has made a film that feels egregious if one isn’t willing to actively watch it. Leonardo DiCaprio, in the finest performance of the year and his career, plays Belfort with a mixture of ferocity and impish man-boy buffoonery. In one of the very first scenes, we see Mark Hanna (played by Matthew McConaughey in an unforgettable cameo) giving our protagonist the low-down on Wall Street, prepping him like a pupil for the kind of lifestyle he would later embrace and become entrenched in.

Belfort eventually moves into a run-down broker firm and teaches them how to scam, taking on the role of a reverse-Robin Hood who robs the poor and gives to the rich. He meets his main partner in crime, Donnie Azoff (Jonah Hill), a nitwit with pearly white teeth and dangerous vitality. Together, they round up a ragtag team of brokers to start working for their burgeoning firm and very quickly, they are all rolling in more money than they know what do with.

To say that the behavior in the film is crass would be accurate, but it’s also doing a disservice to the rollicking humor that often stems from these terrible people. As Belfort and the gang participate in copious drug use and sex parties, it’s hard to deny the innumerable pleasures of watching it all go down. The film buzzes by, even in its three-hour run time, and a large part of that is Scorsese’s natural comic direction.

He just may be the unsung master of black comedy; most of his attempts at the genre are — unfortunately and wrongly — dismissed as failures.

It seems one of the essential questions regarding this film is why we should find any of this funny. Obviously, this sort of thing won’t appeal to all tastes, but it’s a misreading of the film to say Scorsese isn’t aware of the lewdness on display. In fact, there are several instances where it seems the director doesn’t even believe in the textual recounts of exaggerated machismo that Belfort seems to be selling.

It is in these moments where the satirical elements are as clear as day: we have an unreliable narrator, passively ignoring all the individuals he is hurting — Scorsese tends to linger on the victims for a quick moment before tossing them aside and moving on, much like the protagonist — and seemingly bragging about the lecherous details.

Once all of this is realized, “The Wolf of Wall Street” becomes as sad and disturbing a tale of greed and corruption as Scorsese intended it to. It’s also one that encourages us to laugh at these people and all of their inept and amoral antics because after all, laughter really is the best medicine.