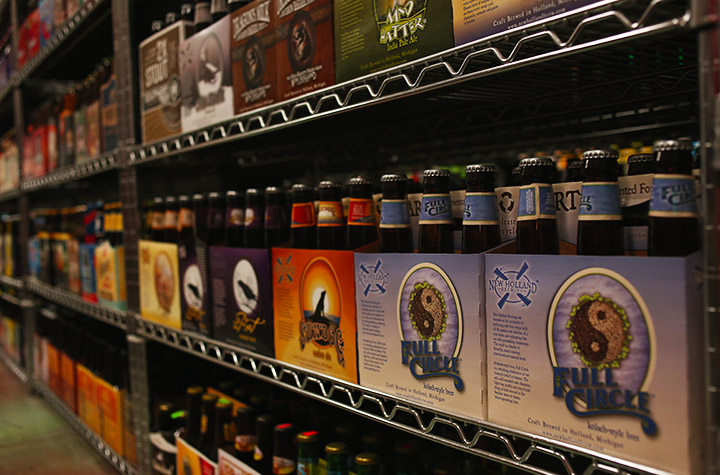 In a bar in South Korea on Christmas day, I met a French expatriate named Frederic who, with his Korean wife, owned the bar. A bear of a man whose golden retriever was lying on a sofa eyeing us when we came in, he had a thick and charming  accent that at first was hard for me to place. This man, who spoke French, English and Korean fluently, had once been a physicist and researcher. He had lived in Korea for ten years.

Frederic knew a lot of things, but what he really knew was beer. I told him I was from Michigan.

“Founders,” he said, without hesitation. Founders is a craft brewery in Grand Rapids whose name, apparently, reaches the other side of the world.

Something I learned overseas is that people all over the world love good beer. In the Netherlands, a man told me that he refused to drink Heineken, a Dutch beer, because it tasted like piss water. Instead, he preferred Belgian beers. The darker and thicker they were, the better, and the beer he drank was so black it looked like coffee.

Even in South Korea, where the endemic beer is famous for its poor quality (North Korean beer, everyone told me, is far better), you could easily find bars that sold imported brews from around the world. At restaurants in The Hague, the Netherlands, I drank a Belgian beer called Leffe; at restaurants in Jochiwon, South Korea, I drank Leffe. Good beers cross borders. Bad beers, generally, do not. I found plenty of European and American beers in South Korea, but I cannot recall seeing any South Korean beer in Holland, nor did I find any trace of Keystone or Busch in convenience stores outside the United States.

Probably the reason Frederic knew of Michigan, and of Founders, is because Michigan breweries make quality beer. Lots of it. According to this cool, interactive map on the New Yorker‘s website, there are 122 craft breweries in the state, producing 438,383 barrels of beer in 2012, making Michigan the eighth largest producer of craft beer in the country. (Texas is seventh; California is first.)

With all that craft beer floating around, it’s impossible for any one person to sample it all without puking. We’re here to help. GC is introducing a new feature: Craft Beer of the Week. Each week, we’ll sample a different beer from a Michigan brewery and write about it. Since there’s so much, we’re happy to take suggestions. Look out for it. Happy drinking.

Email me at ben.harris@gcmag.org with suggestions.