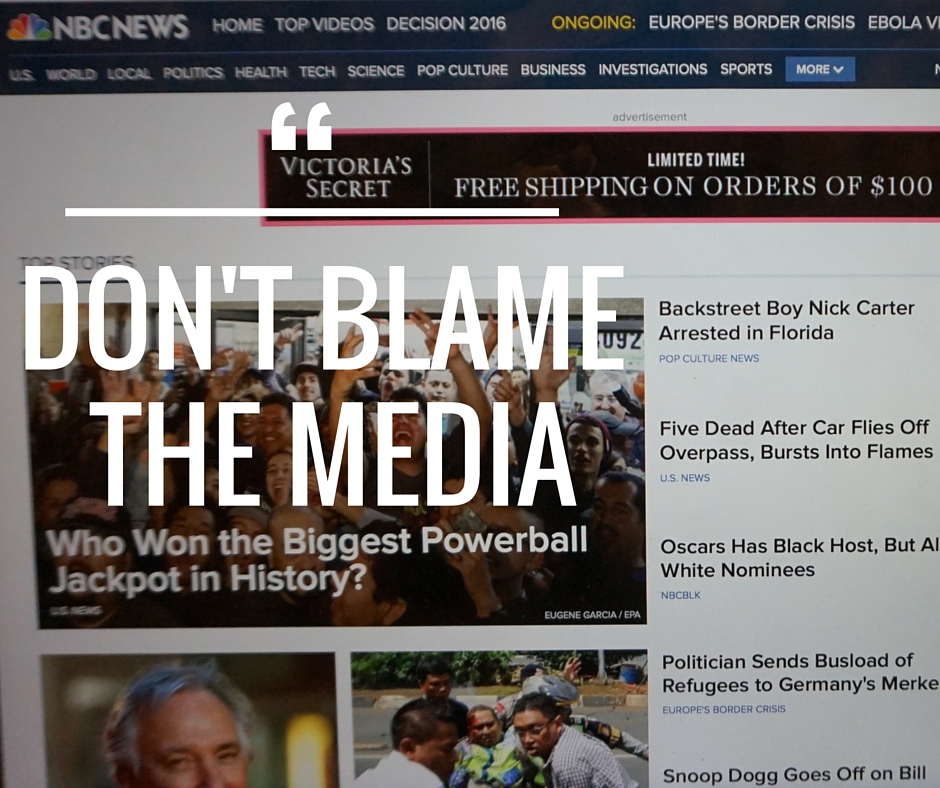 As a journalist, it’s tough to hear people say “the media controls the minds” or “the media is pushing girls to have body image issues,” because (in my opinion) it’s just not true.

The media gives you the latest news, updates and what’s popular in fashion or the entertainment world. You can take the information however you wish, but it is usually presented to you in a non-bias way (with the exception of Fox News or MSNBC).

If the media is controlling your mind, you need to re-evaluate your media intake.

In no way shape or form are news stations in cahoots with the government. At least not what I’ve seen from working at a radio station, taking journalism and broadcast classes and being around news stations.

A journalist takes an oath to always tell the truth, correct mistakes if something is wrong, present both sides of an issue and step away from conflict of interests. It’s what we do – uncover the truth and present it to the people in a way they can understand the matter and pick a side if need be.

Opinions, columns and again, the biased media are different appendages.

Once you tune into the right radio station, news station or newspaper, you will find that coming up with your own inferences is refreshing.

Being informed is one of the aspects of our culture that is lacking. By watching one episode of NCIS, people seem to know exactly how the police work and after one season of Scandal, everyone knows just how corrupt the government is – though they are entirely fictitious.

Instead, why don’t we watch a non-bias news outlet, listen to NPR and read multiple accredited news sources that can help to form personal opinions of how our world actually runs.