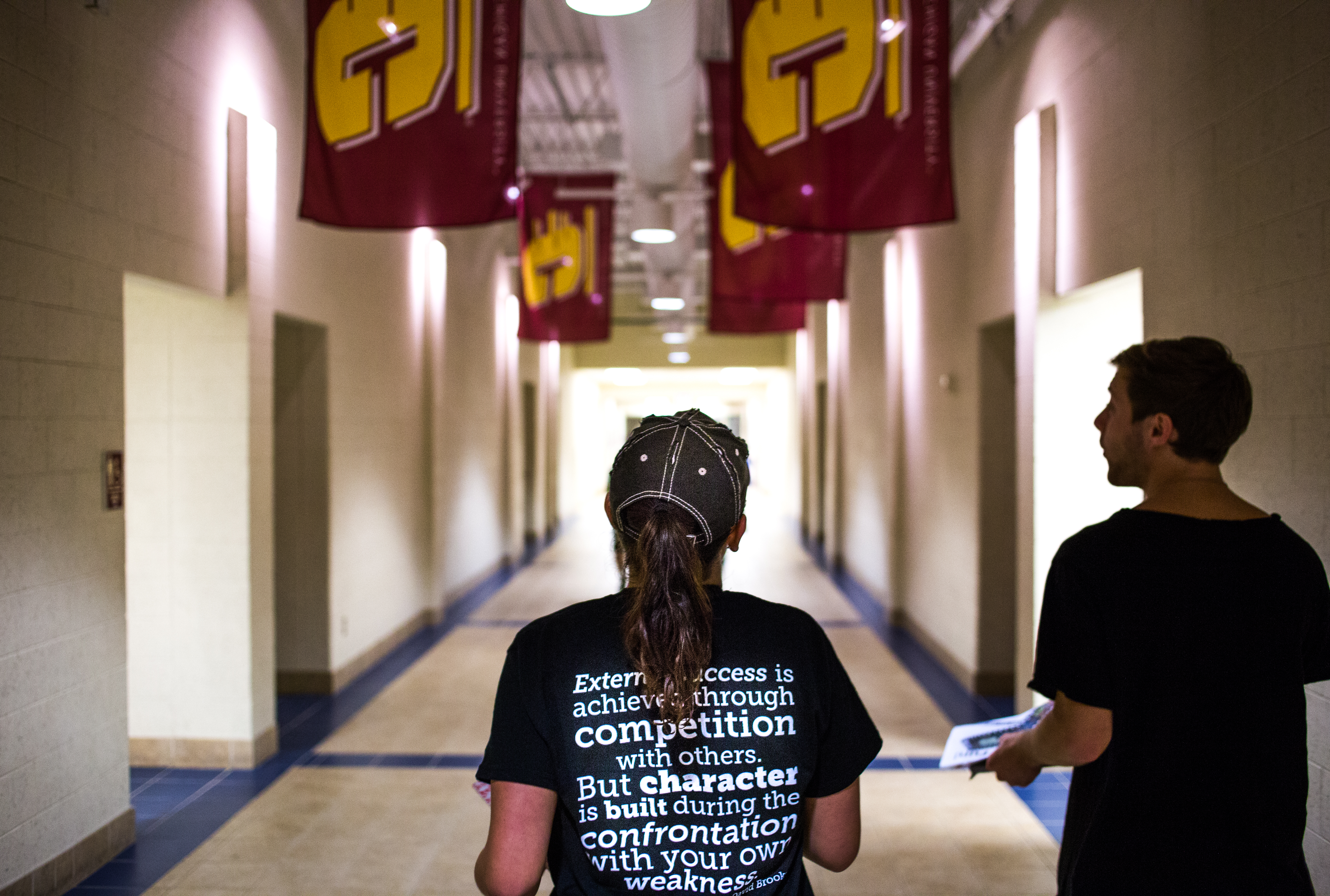 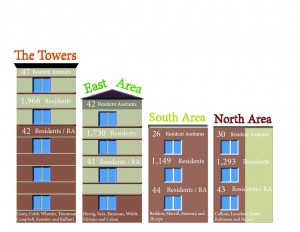 Two weeks into the fall semester of the new school year the residents on the second floor of Carey Hall could have been found in one another’s rooms, socializing in the hall or eating together at RFoC for dinner.

The residents had Esther Hardie to thank for “forcing them” to get to know one another.

“My thought is they don’t have to be best friends with everyone as long as they at least recognize each other,” said Hardie, a fifth-year senior and third-year resident assistant.

For the first week of many timid freshman’s first experience living away from home, Hardie spent her fourth year welcoming her new hall family.

According to Sarah DeBolt, one of Hardie’s 42 residents, Hardie didn’t waste any time breaking the ice. Every year Hardie will invite all of her residents to eat with her for dinner. Around 5 p.m. it is now common for students to walk the hall yelling “we’re leaving for dinner!”.

Other ways Hardie gets her residents to know each other is by having movie nights, encouraging open doors and taking them on random adventures. A group of students even spent a night bonding under a blanket fort in the hall’s study room.

“I get to experience college living with freshman every single year for the most part and yes it is a very big challenge,” Hardie said.  “It’s your life and it will consume you but in reality you make it what you want, you can be a good RA or a crappy one.”

Build a positive community on the floor and within the hall
Assist residents with both personal and academic concerns
Be a positive role model for residents
Staff meeting once a week
Hall council once a week (encourage residents to attend)
Support hall council programs (attend one to two per month)
Put on one active program per month
Attend a program once a month (bring along a minimum of three residents)
On Duty every other Wednesday
On Duty five weekends a semester (Fri/Sat) (gets to chose)
On Duty four Thursdays a semester (gets to chose)
Interact with residents (biggest requirement)
Change bulletin boards once a month
Enforce rules and policy
Create door tags (beginning of each semester)
Be a registered full-time student (minimum of 12 credits)
Obtain a 2.5 GPA
Allowed 16 nights out a semester (must be back in the building before 3 a.m. the next day)
Have an open door four hours a day

According to Hardie the most difficult part about the job is keeping her personal life separate.
As an RA the events that occur within the hall can not be shared with anyone other than other resident faculty and staff.

Admitting the job is not for everyone, Hardie recommends to fully understand the requirements before taking on the position. “If you want to go out and party, don’t do it,” she said.

“A lot of people will come in and say I want to be just like this (RA) person, and you can do it for a certain point but you’re not that person. The main thing is to find your style, it will be so much easier and impactful on you and the people around you if you’re not trying to be someone your not.”

Why are you an RA? 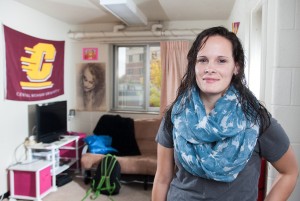 “I had a great experience with my staff members my freshman year and I liked the impact they made on my life. My RA and MA were really good at getting me involved and I wanted the chance to help other people the way that they helped me.” 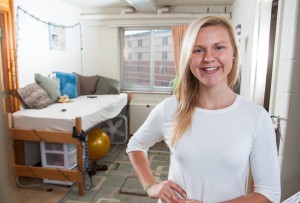 “First I was given the idea my freshman year of becoming an RA because my RA wasn’t so great and I thought well, I could do a really great job with this.  I have two younger sisters at home and I’ve always been a mentor to them and I’ve always enjoyed being in a leadership position.” 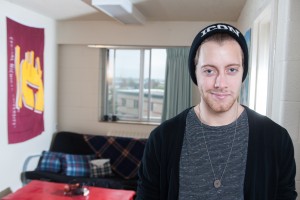 “Being an RA is a lot more than getting room and board and having a bunch of responsibilities.  It actually pushes you, allows you to grow and you also get to make so many connections.  I got an internship with an awesome designer in New York, I wasn’t expecting that to come out of being an RA.”