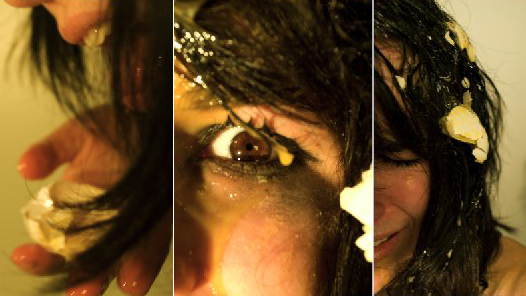 Sunny-side up. Poached. Fried. Scrambled. Over-easy. Hard-boiled. Heck, even raw — you can’t go wrong in enjoying this staple in the American diet.

I recently read a headline regarding McDonald’s decision to drop Sparboe Farms as its supplier of eggs after learning of the company’s treatment of chickens in an undercover video produced by Mercy for Animals, a non-profit animal rights organization. Since then, Sam’s Club, Target and many other grocery chains have looked elsewhere for suppliers.

I browsed through the story hoping it was not another annoying PETA complaint and that I wouldn’t have to read rants from angry activists.

The article provided a link to the Mercy for Animals’ Youtube channel. The videos displayed an onslaught of disgusting, disturbing and ultimately horrifying footage of cruel animal treatment; the content is on a graphic level comparable to films and pictures from the Holocaust.

Pigs are castrated and have their tales severed reportedly without any sedatives or painkillers. The castrations that do not turn out “successful” result in the animal’s organs spilling out. It’s only a matter of time before it dies a slow, uninvited death in abandonment in the bacteria-infested factory.

In another video, chicks get their beaks burned off in an assembly line manner and are then tossed into a barrel. Some suffer disfigurement at the hands of careless workers toying with them and the chicks must continue a short life in the factory with untreated illnesses and injuries. Most of the ill ones do not make it to slaughtering and are left to die.

Cows and calves are hit repeatedly over the head with dull hammers until they are mangled and presumed dead and then tossed on a truck. Some are still alive after they are on the truck. All of them shriek and scream in pain unimaginable.

All so you can wake up in the morning and enjoy your bacon and sausage while corporate giants pocket your dollars.

It’s no secret that our nation is one of consumerism, efficiency and money — basically a business in disguise. Mass production of agriculture has driven production costs down and profits sky high, enabling producers to capitalize on unaware citizens.

Management in the industry claim the process of animal slaughtering is standard and humane. But somehow I think they would disagree if their beloved pet Fluffy was next in line for execution.

Did I provoke anyone to change their business major yet?

Reading the article and watching the videos lit a spark within me; I was certain that I had experienced a revelation. It’s not often that we come to something like this in our lives, so I was sure to make note and sleep on it before I came to any conclusions.

I have since vowed not to eat meat without knowing its origin, living conditions and its life before arriving at my plate.

For someone who regularly consumes meat, this is quite a drastic change. I had never been opposed to eating meat — and I still am not — but have since decided to become more knowledgeable of what’s on my plate. It is the least I can do after hearing the echoes of pig squeals and the agonizing yells from calves burned into my audible memory.

As graphic as the videos are, anyone who consumes meat products should see them — especially since chances are, you have bought a dozen eggs or fresh meat at one point in time (or still do) from these big companies.

Never again can I eat a steak without ridding myself of the ghastly image of livestock being beaten mercilessly.

Stop feeding the cycle of ignorance: Become an informed consumer.

As a nation that consumes the most meat out of any other country in the world, it’s time to realize what we are really eating.

Ask your grocery store where it purchases its meat. Take a few minutes to research the supplier and how it treats the livestock it raises, or better yet —  visit the farm. Spend the extra money to support local farmers.

But most importantly, be sure that what you are purchasing is an ethically treated animal that was not force-fed, beaten and just a meaningless number thrown in with the rest.

Continue not to be indifferent toward animal cruelty — especially because that cheeseburger you had for lunch or those chicken wings from last night may have been produced in a factory that has more germs per square inch than people in your hometown; a factory like Sparboe Farms’ where unthinkable conditions may exist.