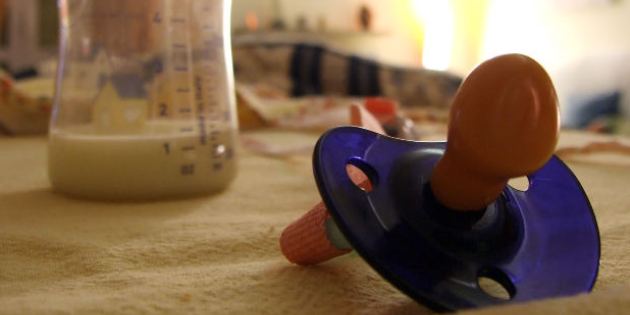 In 2009, the controversial MTV reality show “16 and pregnant” premiered. Shortly after, spin-off series “Teen Mom” and “Teen Mom 2” were aired. It has been about four years since the franchise began and it is finally starting to wind down. It is certainly not dead but has definitely passed its peak.

Critics of “Teen Mom” say the franchise glamorizes teen pregnancy and promotes bad behavior. However, MTV has always defended itself by arguing that the show promotes safe sex and shows the hardships of teen parenting.

The show has not produced the greatest role models. The most notorious being Amber Portwood and Jenelle Evans. Portwood, who was on the first season of “16 and Pregnant” and “Teen Mom,” is currently serving a five-year sentence after choosing not to go back into rehab. Evans, who starred in the second season of “16 and Pregnant” and “Teen Mom 2,” made headlines for choosing to go to a Ke$ha concert instead of a light jail sentence for breaking her probation.

Some of the young women in the franchise certainly are not what young women should emulate, but isn’t that part of the point? If the moms’ lives were stable and successful, the message of the show could potentially become that it’s okay and positive to have an unplanned pregnancy.

Not all of the mothers on “Teen Mom” are horrible role models. Most of the moms are attempting to finish their education and do the best they can to raise their children. All of the moms make questionable decisions, but that is the reality of teen parenting. Simply having children does not make teens grow into adults. Young people make mistakes all the time, but it is much more serious when you have a child in the mix.

With the shows’ end nearing, audiences should ask themselves whether or not the end is positive. The answers of audiences could vary but regardless, the discussion about teen pregnancy and safe sex needs to continue. While “Teen Mom” may not harbor a productive environment for its discussion, it still puts attention on the issue.

There is a possibility that the show might have encouraged a small minority of teens to purposely become pregnant. However, there is proof that “16 and Pregnant” has made a positive impact. In October 2010, the National Campaign to Prevent Teen and Unplanned Pregnancies found that 82 percent of 12-19 year-olds who watched “16 and Pregnant” felt like they better understood the challenges of teen parenthood. Only 15 percent felt that the show glamorized teen pregnancy.

The best outcome for society would be for a new show to emerge that explores the struggles of teen pregnancy, but in a more effective way.

Unlike most reality shows, “Teen Mom” attempts to raise awareness about a topic. Rather they succeed or not is debatable. Usually, I am against reality television, but I respect what “Teen Mom” tries to accomplish. Critics of the show should admit the shows have at least made teen pregnancies a hot topic of discussion. Despite the controversies the franchise has created, they have ultimately helped rejuvenate the subjects of teen pregnancy and its prevention.