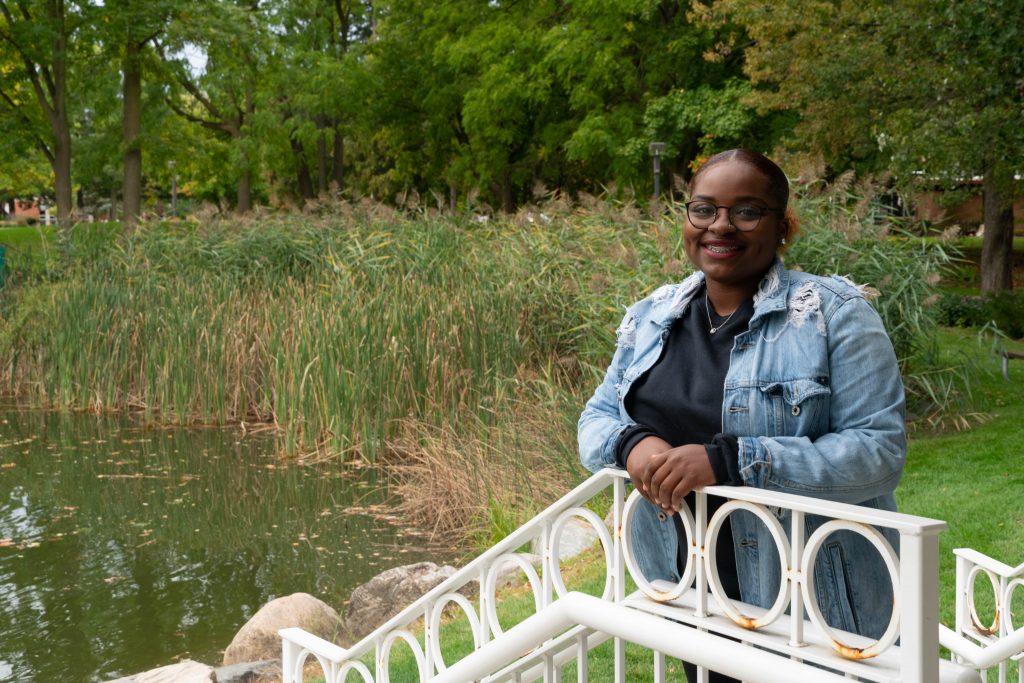 Venturing out to college can be challenging, but Central Michigan University makes it easy for students to get involved and work toward their career. From Novi, Mich., sophomore Amari Jones speaks out on how CMU helped her envision her path.

Jones is a bio-medical major with a double minor in Spanish and photo journalism. She believes that having many options for a career is a great way to start.

Since kindergarten, Jones wanted to be in the service and enlist into the Navy for at least 10 to 20 years. From there, she wants to enroll into medical school to be a trauma surgeon. She also wants to be involved into the FBI as a medical investigator.

“Since I catch on to things easy, I want to be able to have a diverse amount of skills in my career that will provide numerous amounts of cash flow,” Jones explained.

Before coming to CMU, Jones moved around a lot. She went to three different high schools in the span of four years. They were Ernest Seaholm, Wylie E. Groves and Novi.

“During that time, I was homeless. I did a lot of house-hopping, but it prepared me for the better. Now, anytime I go through something, I just tell myself it could have been worse,” she said.

Jones is currently involved in Christ Central Choir, which is a gospel organization here at CMU. She also hopes to get involved with Club Softball because she played for twelve years.

Jones has become “the jack of all opportunities.” Because of CMU, she is able to be involved in organizations, learn various skills and work with different students that have similar interests she has.

“Since coming to CMU, I was able to step out of my comfort zone and accept the person I am,” she said.  “Most people don’t notice I also have a stutter when I talk. However, I learned to continue to communicate and voice my opinion on campus.”

Jones’ persistence in being involved on campus landed her five opportunities to shadow with fellow CMU peers in photography. This will help her gain experience to work towards her photography business called “A. Denise Visuals”.

Jones advises upcoming students to become well-rounded and more active on campus. It will be worth it towards their choosing career in the future, she said.