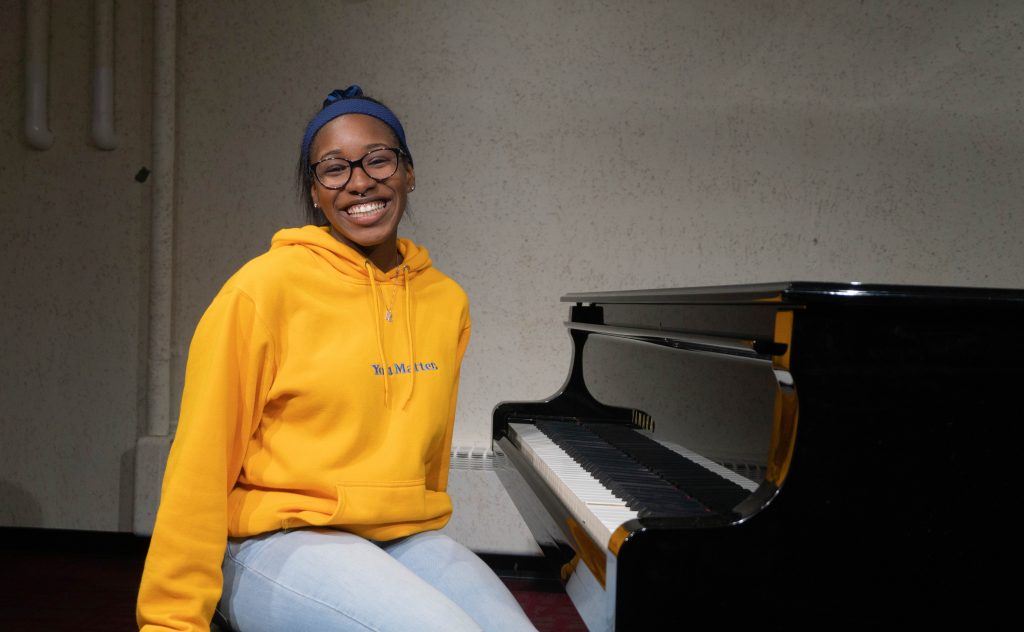 Central Michigan University has a strategic music program that pushes boundaries. Upcoming students audition to get in and work with individual professors or assembles.

CMU freshman Brooklyn Claxton auditioned and was accepted to go forth in her studies. She majors in music education and believes this field will benefit her in working with young students back home.

“When I got to college, I expected it to be hard, but it’s really manageable,” Claxton said. “As of now, I’m taking 14 credits and since I’m majoring in music education, it’s like a double major.”

Claxton is from Flushing, Mich. Her dad is a police officer and her mom is a nurse. After growing up in a huge family, she pushes her family to be involved in music as much as she is.

Claxton is the oldest of three siblings. Because of this, she wants her siblings to love music as well.  Her sister even taught herself a song already and has been practicing on her own.

Before CMU, Claxton was ready to give up on music as a career.  At the time, her high school had a recital, and she believed that she would nail the solo. However, she wasn’t given the solo leaving her discouraged from singing.

From then on, she looked for other fields to study even considering meteorology.  Originally, she chose meteorology because of her family’s  storm-chasing influence. In the end, she did not want to pursue meteorology based on the math problems.

“It was make or break time. I was coming to Central not knowing what I wanted to study, but I went back to singing because after competing, it was a turning point to know that I can do this.”