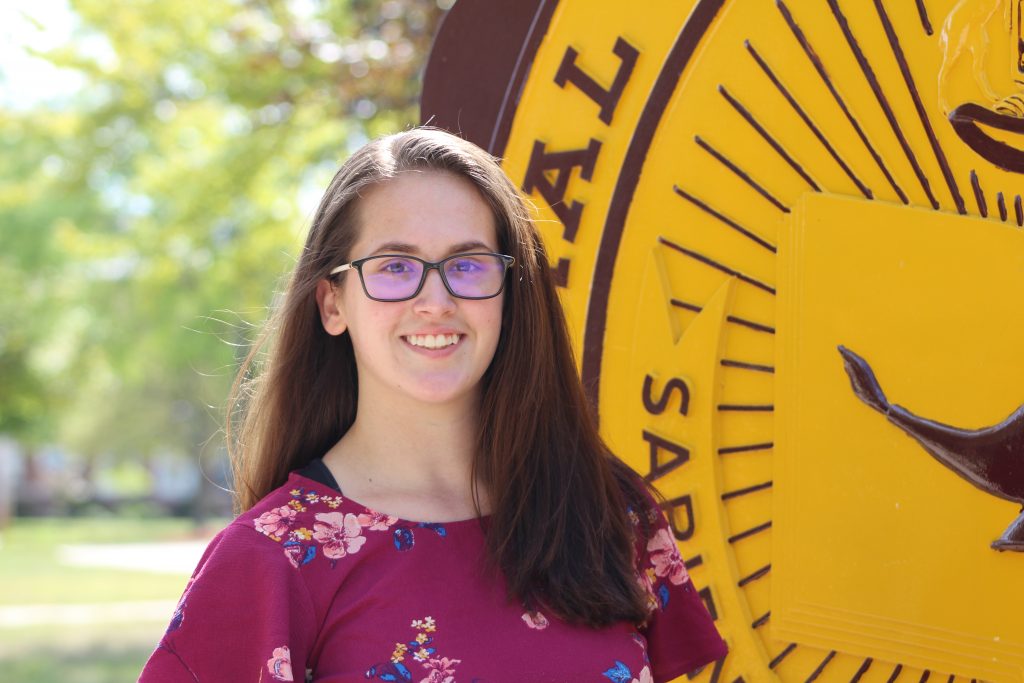 At one point in a student’s time at Central Michigan University, they will begin to find interest in an academic program. Some will feel excited, passionate, and thrilled as they begin the classes that will help them succeed in their future.

CMU sophomore Brynn Patrello, majoring in art and specializing in graphic design, recalls on how art defines who she is today.

When Patrello was in elementary school, art was not a part of her life. As she went to high school, Patrello didn’t give art a second thought. She didn’t take any art classes. The only artistic thing she did was calligraphy in her free-time. Her plan was to be a psychology major because she wanted to be a therapist. When she came to CMU her freshman year, she took PSY100, the entry level psychology course, and hated it. Patrello realized that she wasn’t as interested in social science as she thought she was.

“I started to experience an identity crisis because I thought I was all set for a solid three to four years,” Patrello said. “This was what I wanted to do and now it’s gone.”

Coincidentally, Patrello’s roommate was a interior design major and would frequently bring back art projects. This sparked Patrello’s interest in art. One thing people should know about Patrello is that before she makes any decision, she researches it thoroughly. When she thought about specializing in graphic design, she did just that.

Thankfully, Patrello had a cousin who recently graduated from the University of Michigan with a degree in graphic design. She gave Patrello great advice that influenced her in making her final decision. After she did her research, she was confident that art was something she could see herself doing in the future.

“I was nervous about majoring in art because I’ve never taken an art class before,” Patrello said. “I gave it a shot because I thought I could be really successful in it and I felt that I had the skills that would help me to reach the collegiate level.”

During the second semester of her freshman year, Patrello began to take the first of many art classes, and fell in love with it. To Patrello, art was never a hobby to her. It was something she was good at. Her favorite artistic medium that she likes to use is drawing.

“It feels really good to have control over what you’re designing with a pencil and an eraser,” Patrello said.

In high school, Patrello did dance and cheerleading because she liked to be in the spirit of cheering for the football and basketball teams. Dancing is Patrello’s secondary career development because she wants to coach a dance team in the future. This influenced her to tryout for CMU’s Dance Team. Today, she’s in her second year on CMU’s Dance Team and she doesn’t regret it one bit.

Once she graduates, Patrello would like to be a creative director for a company or go into freelance graphic design.