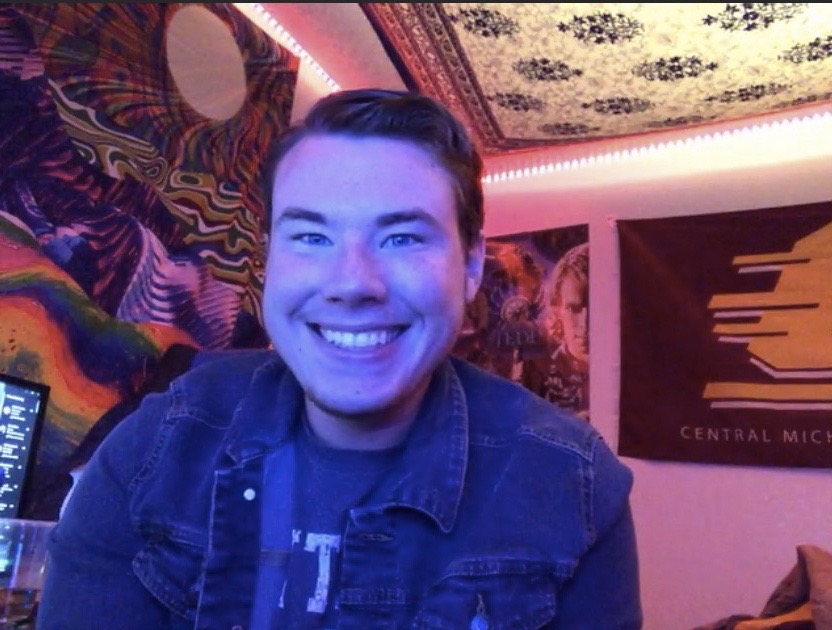 What’s fascinating about Central Michigan University students is that they are not all the same. Everyone is unique in their own way and have their own story to tell.

CMU senior Noah Veik, majoring in information and technology, discusses what makes him stand apart from everyone else.

Veik is always looking for new ways to improve himself. He is open to new friendships that will allow him to become more sociable. Ever since COVID-19 appeared, making new friends is not as easy due to those  quarantining and social distancing. With apps such as Zoom or WebEx, Veik is still able to make new friendships, without being able to see them in person. Sometimes Veik struggles with bettering himself.

“Being someone like I was, I grew up overweight and then I lost a bunch of weight. Sometimes it comes back, sometimes it goes away,” Veik said. “It’s always a challenge to make yourself better, so I want people to see that I’m someone that’s trying to be the best version of myself as possible.”

When Veik was 4-years-old, his parents got a divorce. Growing up, it was difficult for him to deal with the transition because he wasn’t able to see his friends as much. Veik didn’t drive a car until his senior year of high school. Unfortunately, he and his mom moved to different houses frequently and he didn’t have a close relationship with his dad.

With time, comes growth. Veik realizes that everything happens for a reason and life does get better.

Veik has a love for art. He loves watching classic movies and listening to music. For two years at CMU, he was on the drumline in the CMU marching band and loved every moment of it. Recently, he started taking photography classes and enjoys being behind the lens of his camera.

“I love being artsy such as using photoshop and taking pictures of people. I like to capture the moments,” Veik said.

Deep down, Veik wishes to be a film director. He hopes to collaborate his major at CMU with film. Like always, Veik is looking for ways to improve.

Nevertheless, Veik says he is someone who loves change, has a big heart and will definitely brighten someone’s day.