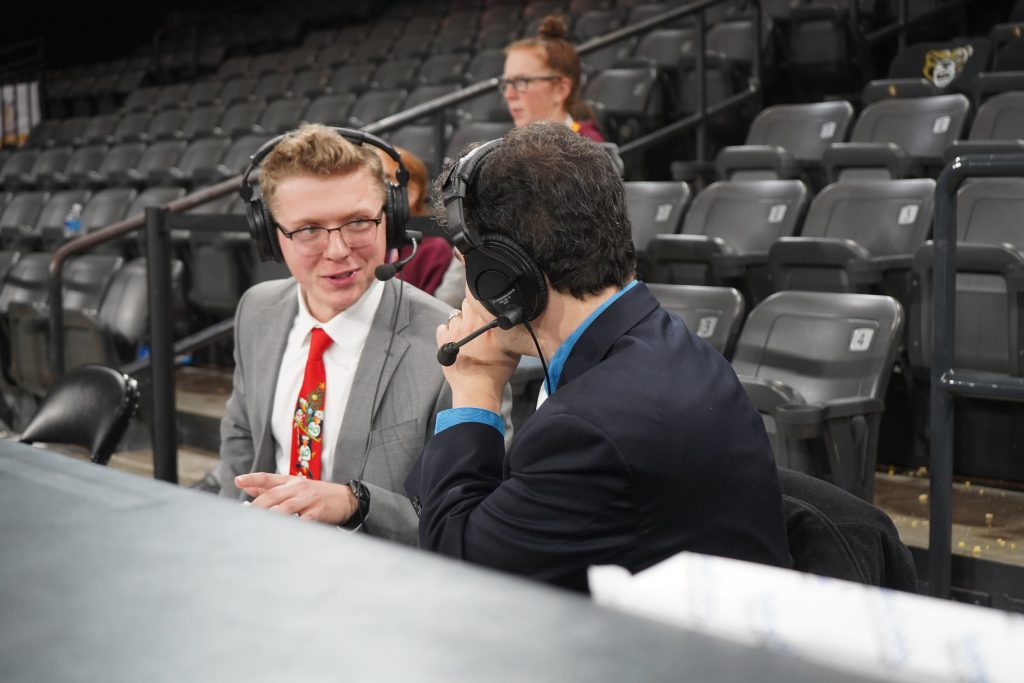 Central Michigan University junior Robert Wykowski Jr. loves sports, so why not have a YouTube channel that will broadcast his passion? He has a YouTube channel called Dragon Den Sports where he does breakdowns/recaps of the game as well as his opinions of what he thought about each play.

“What’s up everybody! I’m Robert Wykowski Jr. over from Dragon Den Sports! It’s week 13 of the NFL regular season between the Detroit Lions and the Chicago Bears,” Wykowski said.

Thankfully, there is a fan out there that will support the Lions through thick and thin and that is Wykowski. Even though he might be one of the few fans left, the Lions will always have a place in his heart.

“My dad has had Lions season tickets since 1975 and I go to every game with him. I love the team and I love what they do. I got high hopes for the Lions in the near future,” Wykowski said.

Sports have been a part of Wykowski’s life and always will be. Besides broadcasting sports games, traveling to each of the stadiums gives Wykowski an insight of the culture and it makes him feel as if he’s part of the game.

“Between four and five years ago, I traveled to my first stadium outside of Michigan. I went to an Atlanta Braves game and it sparked an adventurous side of me. Since then, I have been to one third of the MLB stadiums in the country,” Wykowski said.

In the near future, Wykowski hopes to go to every MLB, NFL, NBA and NHL stadium in the United States.

As optimistic he is, Wykowski has no doubt that he will become the best play-by-play and color commentator for ESPN. Wykowski uses his passion to talk about women’s basketball on 91.5 The Mountain, a student-run radio station on CMU’s campus.