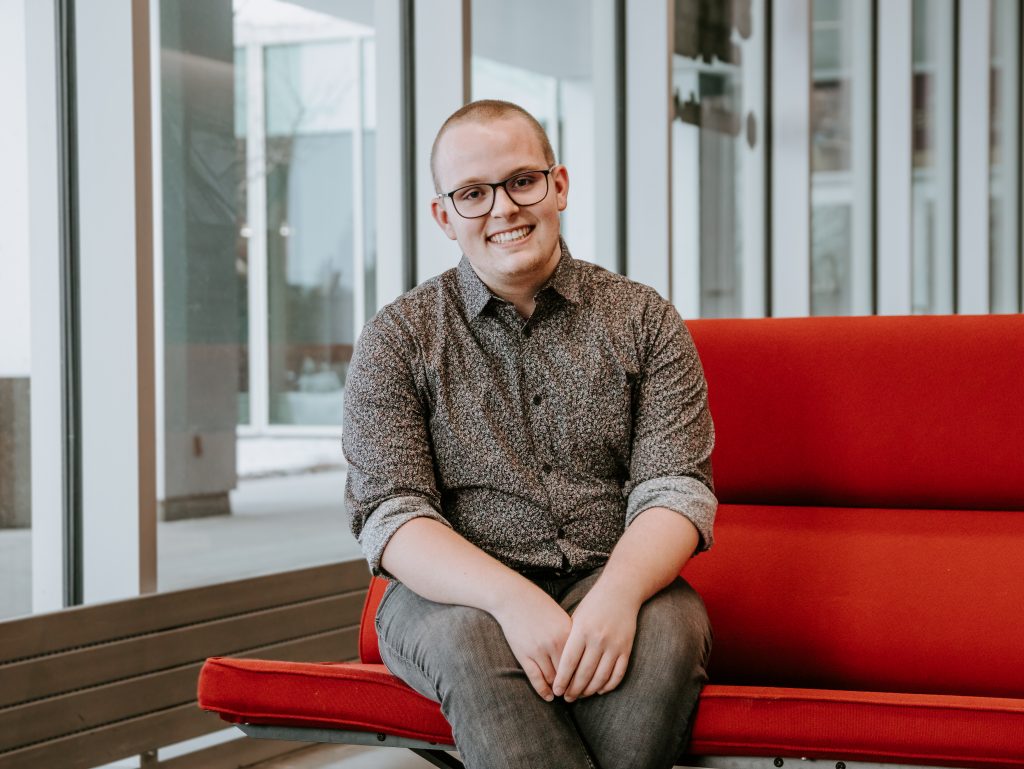 The phrase, “self-love,” means something different to everyone. How we appreciate ourselves can be a struggle because as college students, we often pressure ourselves to be the best that we can be. Central Michigan University sophomore Tyler Ranger explains how he has accepted himself for who he is through the tough times in his life.

Ranger struggles with bipolar disorder, so his entire college experience has been focused on self-love and finding balance.

“By being at CMU, it has helped me deal with my illness because the community here is very loving,” Ranger said.

Defining his sexuality was a struggle for Ranger at first because it was hard to find acceptance in himself.

“Coming out to my family that I am gay wasn’t a huge deal because my mom is in a relationship with another woman. They have been together for ten years, so it was nice to feel accepted by my family,” Ranger said.

Ranger’s boyfriend Jack has been a large part of his life. During his freshman year, Ranger met Jack at the Mock Rock. They have been inseparable ever since.

One way Ranger expresses himself is through music. He started singing when he was four. His favorite artist is Beyoncé because of how empowering and impactful she is to society.

“My favorite album from Beyoncé is Lemonade. The songs ‘Pretty Hurts‘ and ‘I Was Here‘ are my favorites because they have a lot of meaning and impact to me,” Ranger said.

Despite what Ranger has been through, he knows what it means to love yourself. He is okay with being gay. He is okay that he has a mental illness and he is getting help for it. He is okay that he may be different. Not to mention, he has love and support from family and friends. Ranger knows the true meaning of self-love and is willing to grow with himself every day.