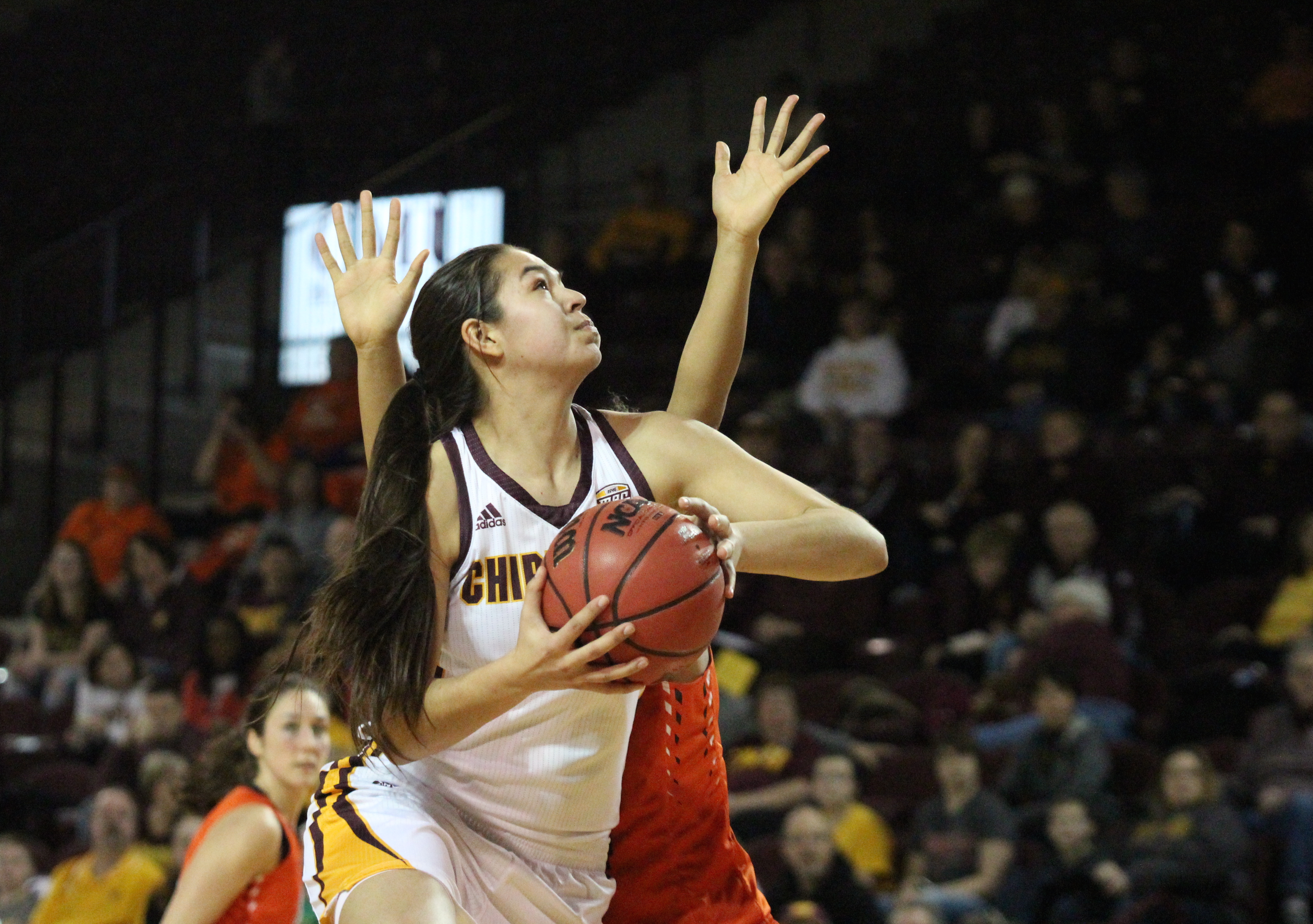 After trailing the entire game by 10-15 points CMU made a comeback late in the fourth quarter.  A full court trap kept Bowling Green from creating an offensive attack while steals leading to fast breaks began to push CMU towards a win.

With just a couple seconds left CMU committed a foul. Bowling Green made both of their free throws to make the score 75-74. An in-bound pass from Jewel Cotton set up Presley Hudson at the three-point line with seconds left. As she called for an isolation she drove the lane and sunk a layup to win.

Forward Tinara Moore recorded her 11 double-double this season. CMU is now 15-7 and leading the MAC West.

Fans in attendance were encouraged to dress in Disney attire for Disney day.