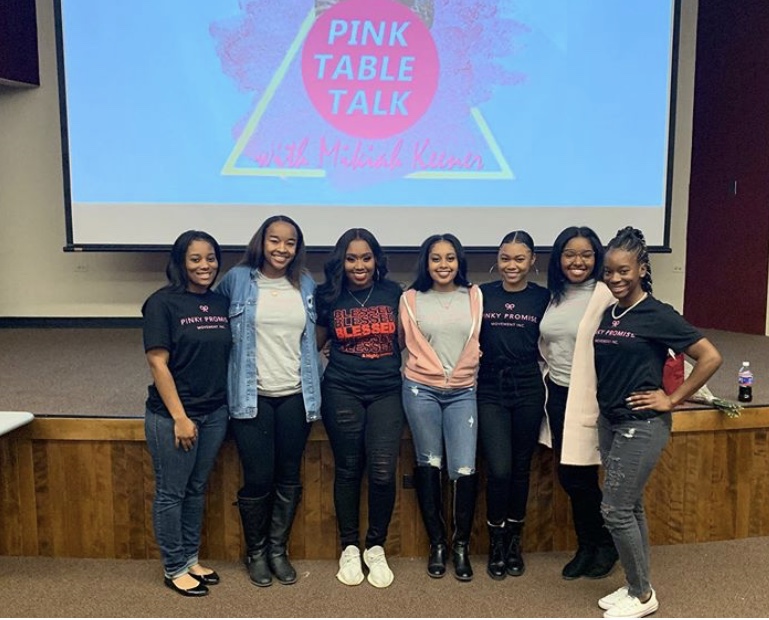 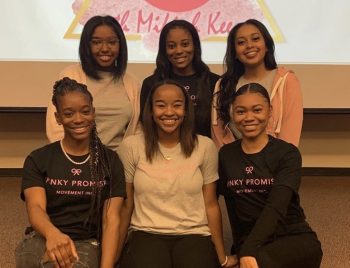 On Tuesday, Nov. 5, Pinky Promise hosted a coed event in Anspach with preacher Mikiah Keener. The event focused on the topic of “discovering your purpose” which Keener went into detail to talk about people who attended the event. Pinky Promise is a women’s RSO on campus and their statement is, “A sisterhood of women seeking to develop their relationship with God”. Pinky Promise has general meetings every Tuesday at 6:30 in Moore 114. 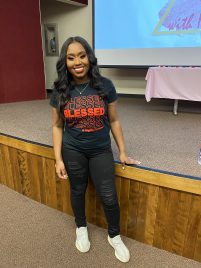 Mikiah Keener, the featured guest speaker, is a 21-year-old preacher from Detroit, Mich. Keener became a licensed Preacher in March of this year. Keener began the event by greeting the attendees and saying a prayer for everyone in the room. The event began by Keener sharing her testimony and how she got to the place in life that she’s in now.

Although it seems as though she has it all together, life hasn’t always been picture perfect for Keener. At a young age, Keener began to follow the wrong crowd and make bad decisions such as fighting in school. Along with fighting and engaging with the wrong crowd, Keener was not excelling academically and continued to let her grades slip. After evaluating herself, Keener began to actively attend Triumph Church in Detroit, Mich. Life began to make a big turnaround for Keener approaching her senior year in high school.

“I had my whole life planned out. I was going to an HBCU, and I was going to pledge while in college,” Keener said. “I applied to Howard University and they sent me a denial letter so quick.”

Keener later applied to Eastern Michigan University where she was accepted and received a full ride scholarship. 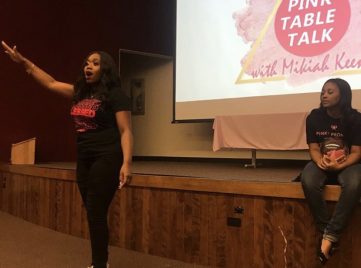 “A few days before moving in, I got a call from an unknown number. Normally I don’t answer them but that day something told me to answer it,” Keener said. “I answered it and it was an advisor from Eastern. I figured she was telling me move in information, but she said I’m so sorry there was something missed on your transcript. You no longer have the scholarship.”

Keener told her testimony as the crowd sat in silence in disbelief that she had so much joy after turning her life around only for it to be taken away from the previous bad decisions she made in high school.

Pinky Promise Vice President Kennede Fischer and Secretary Janelle Davis read questions some of the audience members previously submitted. One of the submitted questions was, “How do you heal, forgive and let go of past situations?” 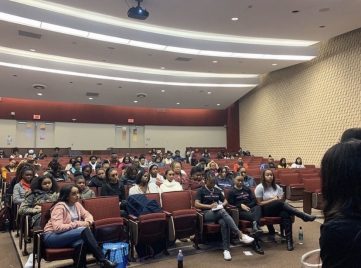 Keener continued to tell the audience that they will not be able to heal until they forgive those who have hurt them. The longer you hold on to negative aspects, the more you block your blessings.

Keener gave an example using the monkey bars that were famous for being on playgrounds in Elementary School.

The event ended in prayer, laughter, tears and moments of worship. Stay true to yourself on the road to self discovery and finding one’s purpose in life.