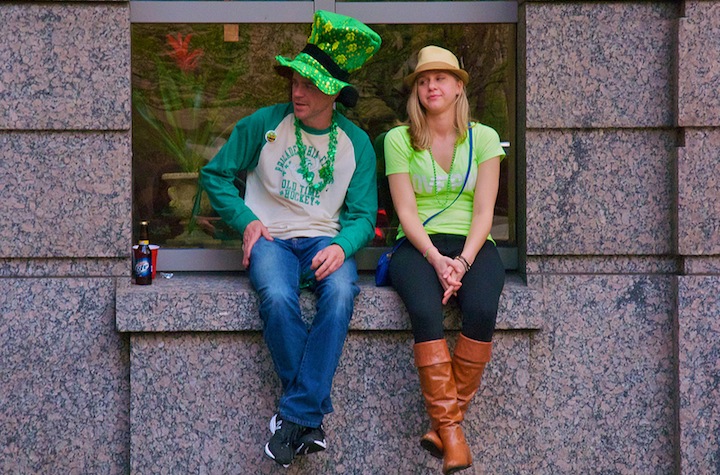 St. Patrick’s Day can be of the most anticipated holidays of the year. For college students, this means a day full of partying and drinking. This can result in lower or intoxicated attendance.

Journalism professor Steve Coon said he has had students shown up drunk for his class periods.

“When they came to class, I could tell that they had been to happy hour on St. Patrick’s Day beforehand,” Coon said. “They were acting unusual, but they weren’t that bad.”

He said the students wanted to have the best of both worlds. They wanted to experience St. Patrick ’s Day, but they also wanted to make sure that they did not miss their academic obligations.

“You’re in college, you make your choices,” Coon said.

He does not advise students to go to class under the influence of alcohol.

“St Patrick’s Day is one day a year, but last time I checked you have Friday and Saturday to participate in the same types of activities and you don’t have class the next day, so that might be a better option,” Coon said.

Geography professor James Pytko said St. Patrick’s Day is not a big holiday for him, but advises that students avoid coming to class drunk.

Communications professor Adam Barragato said he’s never had students come to class intoxicated, but he has had students arrive hung over.

“I definitely wasn’t angry with them, I just thought it would be best for them to go home because it could be distracting to others and obviously they weren’t going to learn anything,” Barragato said.

Usually the attendance on St. Patrick’s day is terrible, he said. The next day is a little better but a lot of students are not fully there mentally.

“Although it’s a culturally accepted norm, I think that the consequences that could happen definitely outweigh the benefits of having a fun time with friends,” Barragato said.

He suggested if students decide to partake in drinking activities before class, they should not come for both safety reasons and the benefits of the other students.

“I just want them to critically evaluate the choices they make,” Barragato said.

Even though Barragato would prefer it if his students did not come to class drunk and worries about their safety, he said that he understands students desire to celebrate the holiday.

“I don’t want to come off judgmental,” Barragato said. “I understand why students celebrate St. Patrick’s Day, I just hope students are safe and that they have a designated driver and that they are really careful about how much they drink.”