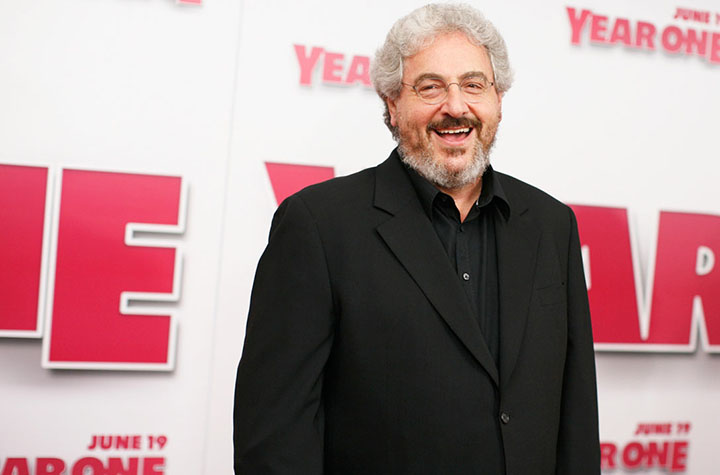 We now live in a world where one of the minds who was at least partially responsible for “Groundhog Day,” “Caddyshack,” “Animal House,” and “Ghostbusters” is no longer on the planet. Let that sink in for a moment.

Yes, the movies are still there, but we’ll never get to witness new ideas from the mind of Harold Ramis again. Granted, it’s not like the 69-year-old was churning out a mountain of work — the last thing he worked on was apparently playing the voice of his “Ghostbusters” character, original pure nerd Egon Spengler. The last time he directed was 2009’s “Year One,” which I’d absolutely be lying to you if I told you I saw it. But I’d be willing to bet that if you spent any amount of time on a movie-related website, you’ve at least seen or heard one of the above movies referenced.

It’s not like his work didn’t stand the test of time either — those movies will decimate your gut. One could dismiss “Animal House,” which he co-wrote, as a gross-out comedy but you’d be wrong. Every scene in that movie flows perfectly; it’s largely episodic structure centers ON Delta Tau Chi fraternity members boozing and coasting through the school year, but damn near every scene – from the opening, with the mannequin falling onto Pinto’s (Tom Hulce) and Flounder’s (Stephen Furst) feet to the toga party scene with Otis Day and the Knights — no scene overstays its welcome and damn every joke is memorable.

Yes, “Animal House,” and apparently damn near every thing Bill Murray did in the 70s and 80s, was extremely improv-heavy but at the very least, Ramis drew loads of energy from the people who read his scripts (or basic outlines, or whatever they might gave been before wunderkinds John Belushi or Murray got a hold of them).

Bringing up Belushi or Murray makes one remember that compared to a lot of his comedy friends, Ramis was overlooked. The only film coming to mind where he was essentially the male lead was 1986’s “Baby Book,” truly a “what’s this?” film. As an actor, he has always there providing back up, from “Stripes” to “Ghostbusters” to “Knocked Up.” He built a camaraderie with these other comedic geniuses and made them better by collaborating with them.

I shouldn’t have to tell you how amazing “Caddyshack” or Ghostbusters” are; every line, scene, and relationship in both movies are memorable. There isn’t a single moment that doesn’t have a bit of off-the-wall energy to it.

Speaking of relationships, “Groundhog’s Day,” arguably Ramis” best film, is a hilarious movie that makes one consider the way they treat others. Murray probably spends at least a few months in that snowed-in town (estimations range from a few months to multiple decades), and Murray goes through every emotion imaginable, wringing every possible opportunity from the brilliant concept of a jackass weatherman waking up in the same day over and over again. The film is ultimately about being good to others and the relationships you have with the world around you, and I have no doubt that Ramis’ family and friends are hurting that he is no longer in theirs.

And we will be, too.