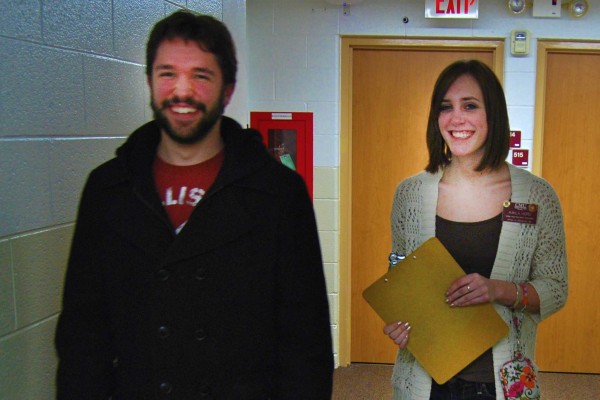 Trying to balance a rigorous academic schedule, sisterhood with Alpha Sigma Tau and a job as a Resident Assistant (RA) would seem nearly impossible for some, but Kayla Hord, a Central Michigan University senior, makes it seem effortless. Despite all other obligations, Hord manages to devote most of her time to refereeing the residents on the third floor of Cobb Hall.

Even though Hord was already actively involved on campus, her friend, also an RA, referred her to the position in her sophomore year. She believed Hord would be great for the job.

“Also, I had not too great of RAs my first two years of college. I wanted to give others a different experience,” Hord said.

Becoming an RA was not easy. Hord went through a long process to get to be where she is now. She first filled out an application then went through positional processing, where she met with residence hall directors and other RAs for four-minute interviews. She then received a letter outlining the halls she received a second interview for. From that round, Hord was hired.

Besides being a friend, role model and enforcer of the rules to residents, being an RA comes with many other responsibilities.

One of these responsibilities includes planning two activities for residents each month — one “fun” and one “sustainable.”

For the month of February, Hord planned a scavenger hunt and members of the winning team won a $15 gift card to any restaurant of their choosing.

As a “sustainable” event, Hord asked her floor to sign a contract stating they would not take the elevator for the whole month of February, helping save energy and giving each resident the chance to burn extra calories.

“[Hord]’s awesome. I’d feel comfortable going to her with anything but she also knows how to keep everyone on the floor in line. She’s loved and respected,”said South Lyon freshman and Cobb third floor resident Sarah Sherman.

Hord admits there are both pros and cons to being an RA. Since Hord is completely in charge of her floor, she has had to learn how to balance being a friend and disciplining residents when needed.

“I get to branch out and meet a lot of new people, it’s teaching me tons of skills I can use for the rest of my life,” Hord said. “But sometimes I do have to be the bad guy and get people in trouble.”

While on duty, she must walk through each floor and make sure each room is complying with the policies of living in a residence hall. Dealing with so many different students, Hord can never know what to expect on a daily basis. On or off duty, if she is presented with suspicious situations — such as residents playing obnoxiously loud music or catching them with alcohol in their rooms — she must comply with the rules by reporting the incident.

“This happens a lot,” Hord said.  “I knock on the door and wait to be let in. If I see alcohol, I ask to be shown around the room and look in obvious places like refrigerators. After gathering all the alcohol and putting it in the middle of the room, I write down everything that I found and the names of everyone in the room. Then I make sure they pour all of it out.”

Hord admits her job is not always fun and there are parts of it she prefers more than others. Overall, Hord said she made the right decision in becoming an RA and wouldn’t trade her hectic schedule for anything.

After graduating with a major in Public Relations and a minor in Human Development, she hopes to work for a non-profit organization that benefits children.

“[Hord] is always running around having somewhere to be and something to do,” Sherman said. “It’s weird because even though she is going in a bunch of different directions at once she somehow does it with this huge, contagious smile on her face.”