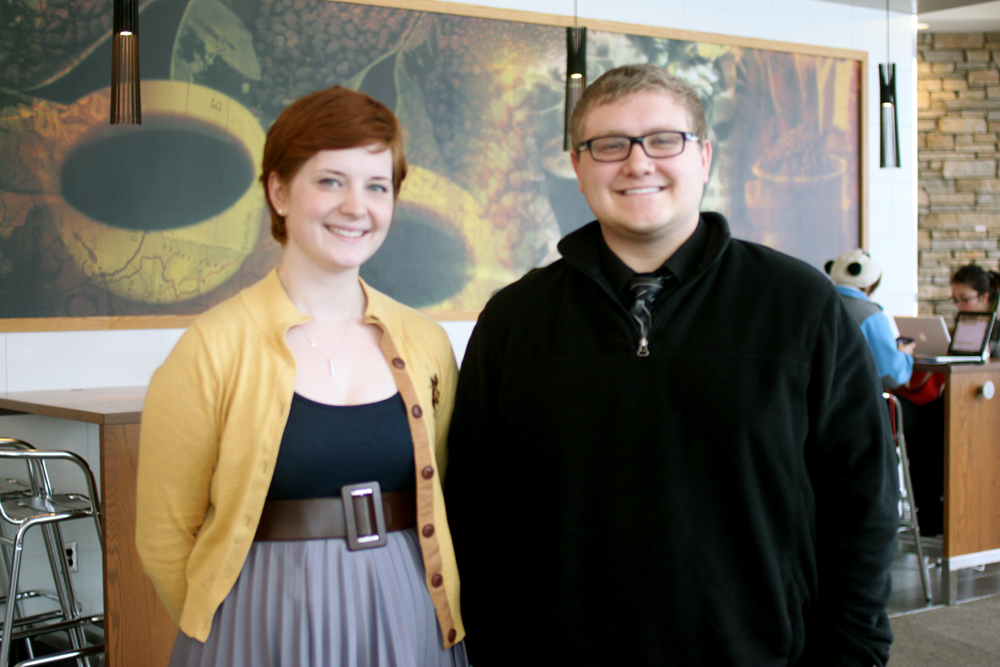 When spring semester rolls around each year, it comes time to elect a new Student Government Association (SGA) president and vice president.  With this year being no exclusion, there are four pairs of candidates all competing for that winning spot. The online polls open for voting on March 12-16 for CMU students.  One pair in particular, Macomb sophomore Justin Gawronski and Alma junior Anna Dvorak proclaim that they are the most experienced and well-rounded candidates for the job.

The two candidates are highly invested into what is important to CMU’s student body. Gawronski and Dvorak are passionate about being tuned in to what the CMU population wants and allowing students to really be heard.

“A big thing I’d like to accomplish is changing the ways of Blackboard,” Gawronski said.  “A lot of teachers fail to post things that are important in the class, and that has a big effect on how the students do.”

Another important issue to Gawronski and Dvorak is the student meal options.  One goal they have if they are elected is to diversify the food choices offered on campus.

“Living on campus, I notice vegans and vegetarians aren’t being heard enough,” Gawronski said. “A lot of students are also allergic to certain things, such as gluten for example.  Students shouldn’t have to ask the cooks what is in the food.”

Gawronski and Dvorak want people who do good things for the campus to be rewarded.

They believe that the more students are rewarded for their good deeds, the more other students will want to do good things when they see other people are being noticed.

“I want to show active students on campus that we appreciate them by recognizing them in our PR newsletter,” Gawronski said.

Gawronski says his vice president makes him different than the rest of the candidates, along with their goals set to change CMU’s culture. Dvorak has seen SGA and been a part of it on all levels, which is key because the VP has to run the internal affairs of SGA.

“If you don’t have any hands-on experience as to how SGA works, it will be very difficult to be an effective VP,” Gawronski said.

Dvorak has been actively involved with SGA for four years while Gawronski has two years under his belt. Currently, Gawronski is the Diversity Committee Chair while Dvorak is a Senator, Senate Pro Tempore, and Parliamentarian.

Gawronski has a great deal of passion for education. A few years back, he was violated by Amazon when they wirelessly accessed his Kindle without his permission. They removed a book he had bought, and refunded him. He sued Amazon for $150,000 and donated every penny to the Annenburg Foundation, which is a charity for education.