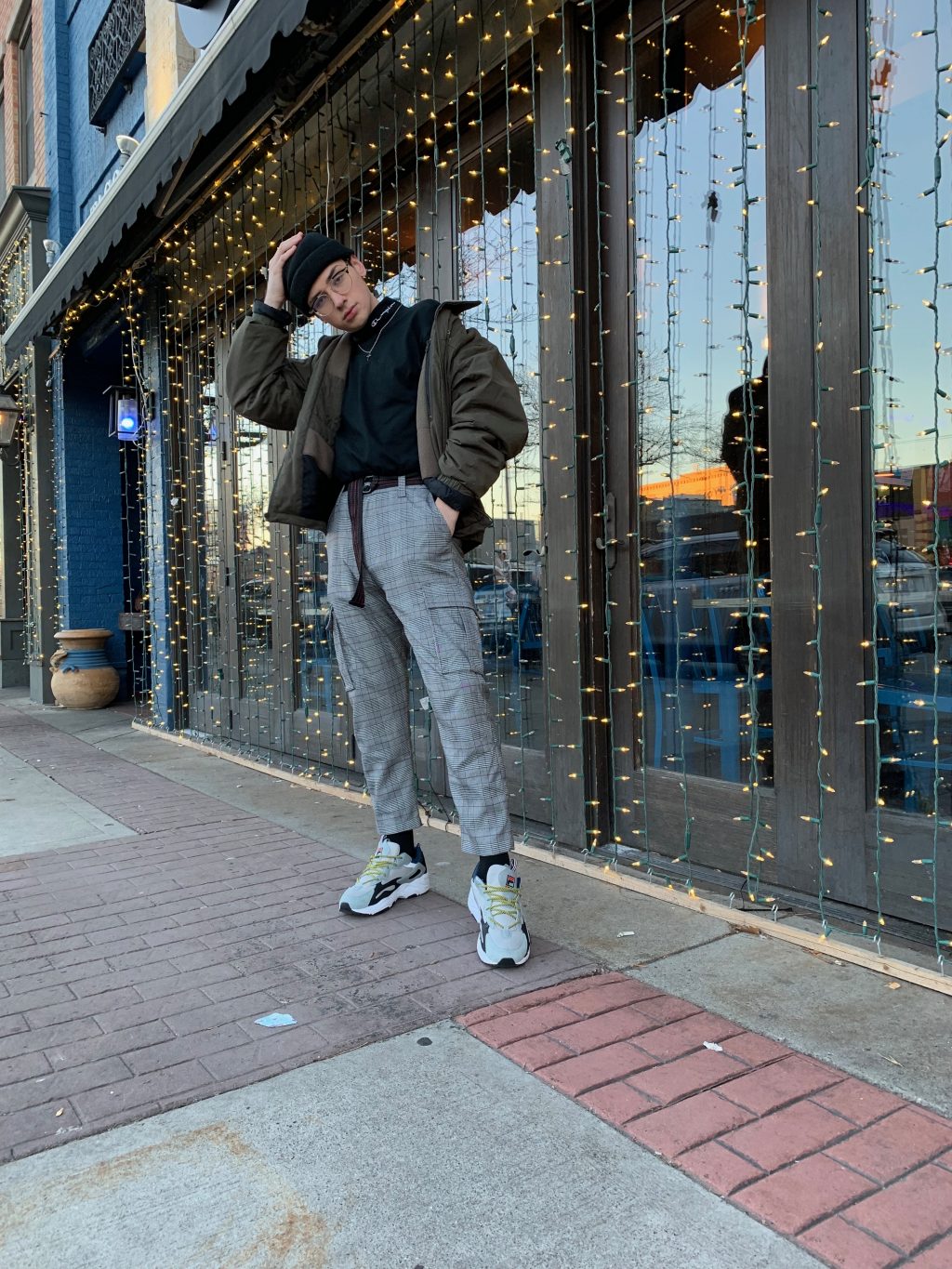 Making a bold fashion choice takes bravery and lack of fear of what others will say about you. Sophomore Earl Ribant demonstrated such bravery when he was the first male at his school in Chesterfield, Mich., to wear Ugg brand boots. Despite the controversy that followed, Ribant would arrive to his classes sporting other striking pieces like rainbow colored jeans.

Ribant is studying fashion design at Central Michigan University and  describes his style as a combination of streetwear and everyday menswear. For him, it isn’t just sweatpants and a hoodie, or slacks and a button-down shirt, it can be a mixture of classy and casual. His major style icons are Virgil Abloh, David Bowie, Lady Gaga and Harry Styles. 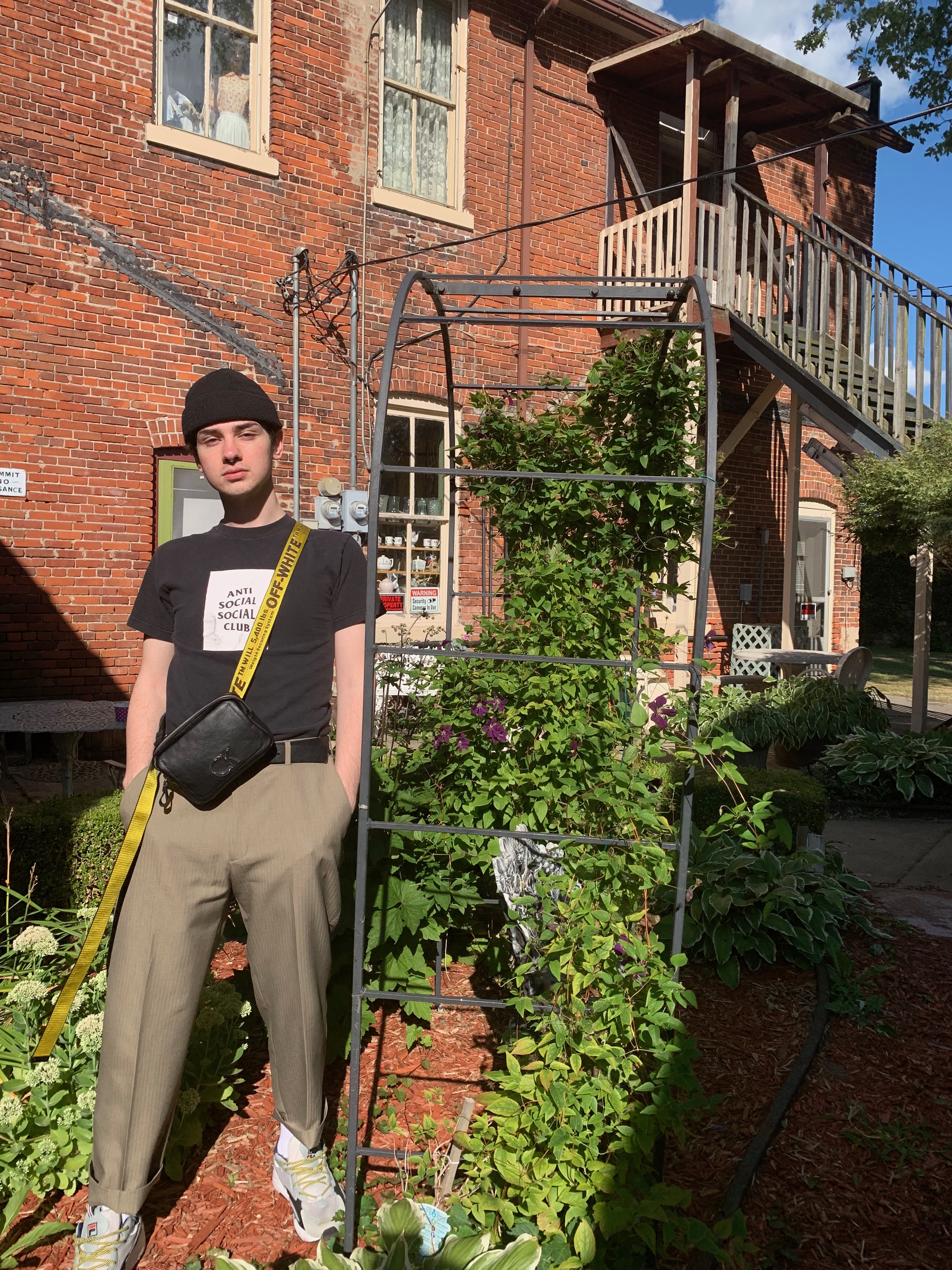 In terms of where he finds his wardrobe, Ribant says that thrift stores are his go-to for discovering clothing from different time periods that is unique and will set him apart from the herd of fast fashion wearers.

Despite his Ugg boot crusade, Ribant has never been the type to wear heels and a skirt to make a statement. Taking a traditionally masculine piece of clothing and adding a feminine twist to it, however, is more his speed. For instance, Ribant might wear a blazer, which is typically viewed as masculine, and cinch it in at the waist to create an hourglass silhouette.

“It’s not androgynous, it’s just more feminizing the masculine wardrobe,” Ribant said. “Which I wish we did more today in the world.”

To Ribant, if we are someday able to blur the lines between masculine and feminine the less controversy something as simple as wearing a traditionally female shoe to school will bring. People can then be comfortable wearing whatever makes them feel good. 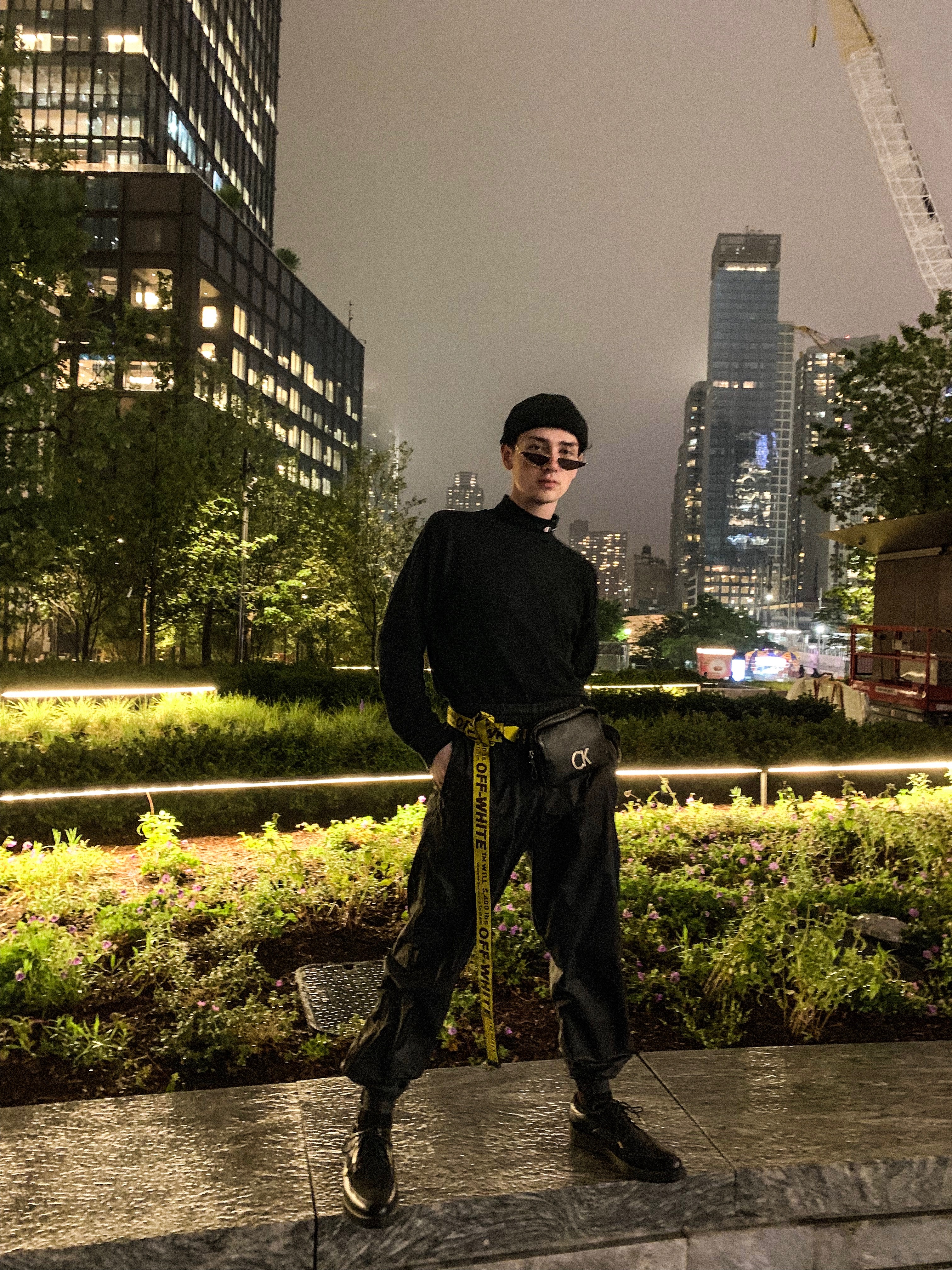 After his college career, Ribant wants to move to a bigger city and help clothing brands incorporate an acceptance of other genders and other diverse groups, like the LGBTQ+ community. He wants to use his knowledge of fashion to help brands be able to market to everyone, not just a certain kind of person.

Beyond those goals, Ribant also wants to start his own clothing brand and invest his money into what he’s passionate about.

“I do really think that charity is one of the most important things, considering brands just make so much money,” Ribant said. “It’s a million dollar industry. I want to take any money that I make and use it to put it back into the people that invest in me.”

Ethics and fashion go hand-in-hand, which is why Ribant is so passionate about fabric waste and recycling textiles. In fact, another career option he sees for himself is taking fabric scraps and selling them to companies. The goal is to decrease his carbon footprint while creating fashionable clothing.

“People don’t realize that the hoodie they cropped or the shirt they cut the sleeves off of could be turned into a sweater in the future.”

Ribant says that if he goes back to school and get his masters degree, it will most definitely be in textiles.