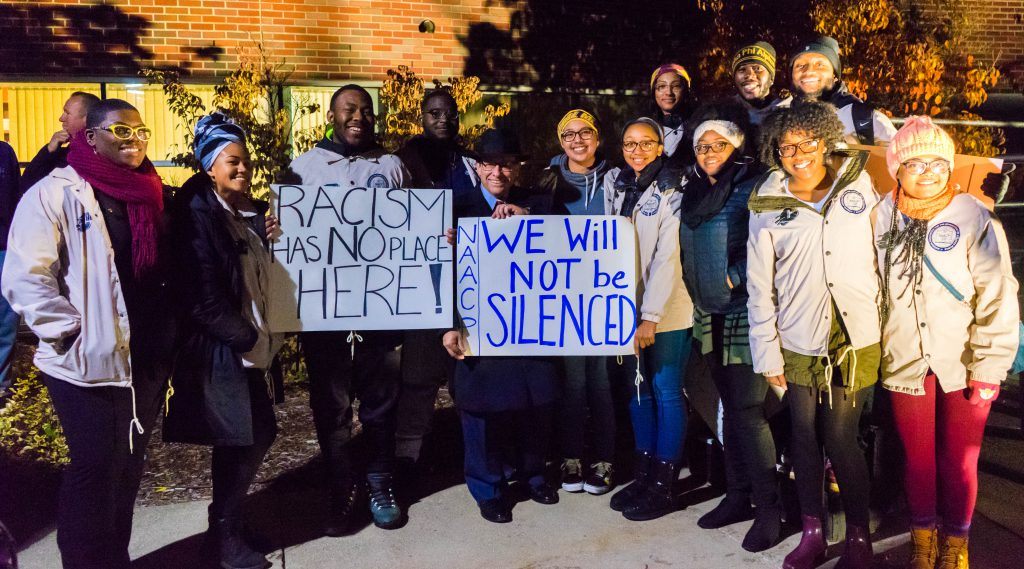 “You cannot tolerate these activities because we are one family, a community, a university,” Davies said.

He addressed the incident and announced that the university would not tolerate any kind of negative actions by anyone towards the CMU community.

“Last night, after finding what was written in our dorms, I did not feel like I belong here,” Duncan said. “Seeing all of you guys here, really makes my heart happy, so again, thank you so much.”

Duncan’s roommate, Mims, addressed the situation with her own perspective.

“We can’t let individuals feel like they don’t belong because of the color of their skin,” she said. “People say, ‘This is 2018 and this doesn’t happen anymore,’ But it shouldn’t happen anymore. And I believe because all of us here together, coming together as a community, that it won’t happen again.”

The event concluded Coleman addressing four demands for change towards the university.

Coleman said the first three demands would be given a month time frame for the process to happen. She said, if the demands would not happen, students will continue to have these sit-ins and rallies, as much as necessary, until actions are done.