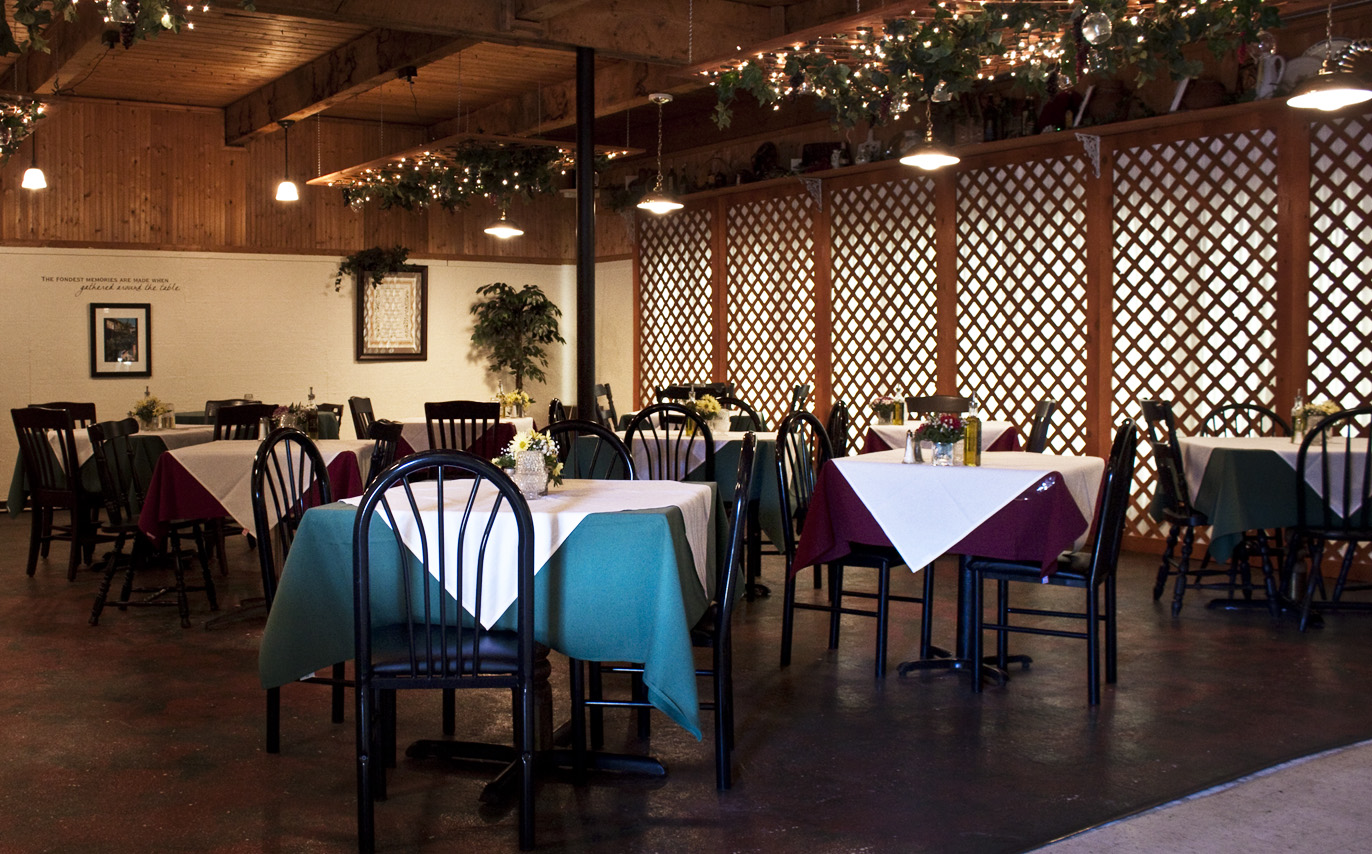 Tavola Gigi’s, located at 1506 W. High St. in Mount Pleasant, claims they have “rustic Italian dining.”  I don’t know if I would use the word “rustic,” but maybe I don’t know what exactly qualifies a restaurant as that.  From the moment I walked in the door I felt very welcomed, even though there was nobody else eating in the restaurant and the only other visible person in the whole place was my lovely waitress.

When I got there they were only serving items on the lunch menu, which I have to admit I was kind of disappointed by.  After looking over the lunch menu and not knowing what to get I was told that the cook would make an exception and I could order off the dinner menu.  Score!

Finally, after much consideration I decided to order Kelley’s Piatto Preferito for my entree.  This dish consists of penne pasta tossed with spinach, sun-dried tomatoes, pine nuts and feta cheese in an oil based sauce.

I also ordered a Caesar salad with my meal.  If you ask me, the $3 cost is a little steep because it was so generic.  All entrees are served with fresh baked bread, and it lives up to the fresh.  All of the entrees are reasonably priced and the portions could feed easily feed two adults.

My entree was all right, but the sauce was a little too oily for my liking.  I probably should have held off on the appetizer because I was pretty full by the time my dinner came and I ended up taking most of it home with me.

Tavola Gigi’s offers “All You Can Eat” pasta, soup and salad bar on Tuesday nights and has a very popular breakfast bar on Sundays.

When I asked my waitress, Amanda Klein about the breakfast bar she replied, “It says a lot about a place when you work here and come to eat on your day off.  That’s how good it is!”

Kids eat free with adult purchase, although there is a limit to one per adult meal. Currently Tavola Gigi’s doesn’t have a liquor license so if a person wanted to enjoy a nice glass of wine with dinner they will have no such luck.  I recommend that during the week people call ahead if they are going to dine in for dinner.

Tavola Gigi’s also offers a carry out option and catering.  Overall I would say the food was mediocre, but the service was impeccable.  I am going to give them the benefit of the doubt and say that I came there on one of their off days.  Next time I will have to try their breakfast bar because I have heard from several people that it is to die for.