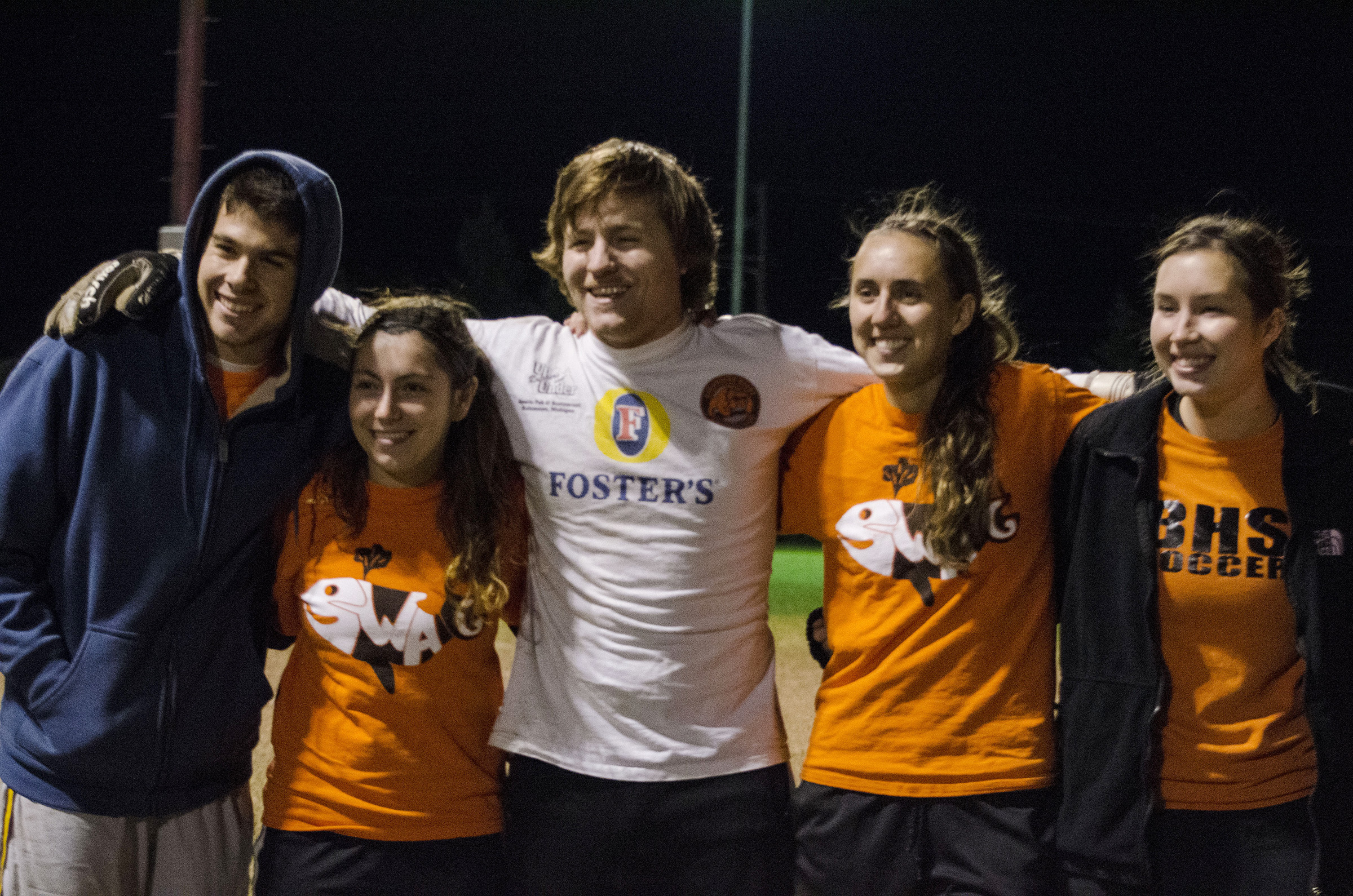 In this day and age, woman are empowered.

They are politicians, business owners and CEO’s. Unfortunately, one place this empowerment hasn’t been noticed as frequently is in sports.

“In CoRec play, some institutions award additional points for goals scored by females in order to encourage team play,” the National Intramural-Recreational Sports Association said on their website.

Intramural sports at Central Michigan University typically follow guidelines provided by the NIRSA, which were originally designed to create equality among teams as a whole by awarding advantages to females.

However, some will argue that the principle of these guidelines hardly suggests fair play.

Females that choose to play intramural sports in CoRec leagues are given an unfair advantage by being awarded double the points for a goal, a touchdown, etc.

After many years of unfair practices, the females who play on these CoRec teams are taking a stand.

“I signed up for CoRec soccer for a reason and that reason was not to have an advantage simply because I was female,” said Grand Haven senior Hannah Maciejewski. “It was because I wanted to play soccer on an equal playing field with both men and women. That’s the whole point of CoRec.”

Maciejewski said that since players often have varying skill levels, these gender specific rules should be made obsolete in all intramural sports.

“Intramural leagues are also supposed to be for people of all skill levels, so it was pretty offensive to me to have that rule,” she said. “I feel like it was just assumed that all girls needed some type of advantage, when in reality we could be better than some of the guys.”

According to the Assistant Director of CMU Intramural Sports, Scott George, female goals in both soccer and floor hockey were previously worth two points. George said these rules were in place simply because historically, that’s how they were always interpreted.

“Our office is big on updating rules based on needs, but after an examination of these rules, we determined that they were outdated and didn’t serve the purpose of why they were originally instituted,” George said. “We changed the rules based on participant feedback.”

Now, the only specific gender rule for CoRec soccer and floor hockey is the even distribution of males and females on the field of play, which is consistent amongst all intramural sports, George said.

In the eyes of Muskegon senior and CoRec softball and soccer intramural participant Kelly Barnes, these gender rules have never been acceptable.

“Some girls are better than the guys, so it’s not fair to just get an advantage for being female,” Barnes said. “They play CoRec because they’re good and want to play against the guys.”

Barnes said girls usually play with the guys for more competition and to be treated equally.

“We don’t need a sexist scoring advantage,” Barnes said. “I’m really glad they changed the rules for soccer and floor hockey, but now they need to change the gender rules for all sports.”

Although the change in regards to soccer and floor hockey is a positive one, it may take longer to alter the rules for softball and flag football than some would like.

“When it comes to softball, flag football and the CoRec modifications, there are rules from governing organizations (ASA for softball and NIRSA for flag football) that we follow,” George said. “The reasoning is to reward inclusive play and eliminate strategies that would exclude the involvement of all genders.”

George said these are rules set at a national level to help alleviate favoritism or discrimination.

“These rules are also in place to encourage inclusive thought when forming teams and finding players from both genders who enjoy playing and are experts in the sports,” George said.

Though there is still a lot of progress to be made in relation to gender equality in sports, it’s players like Barnes and Maciejewski that help to pioneer these changes – which are far from over.