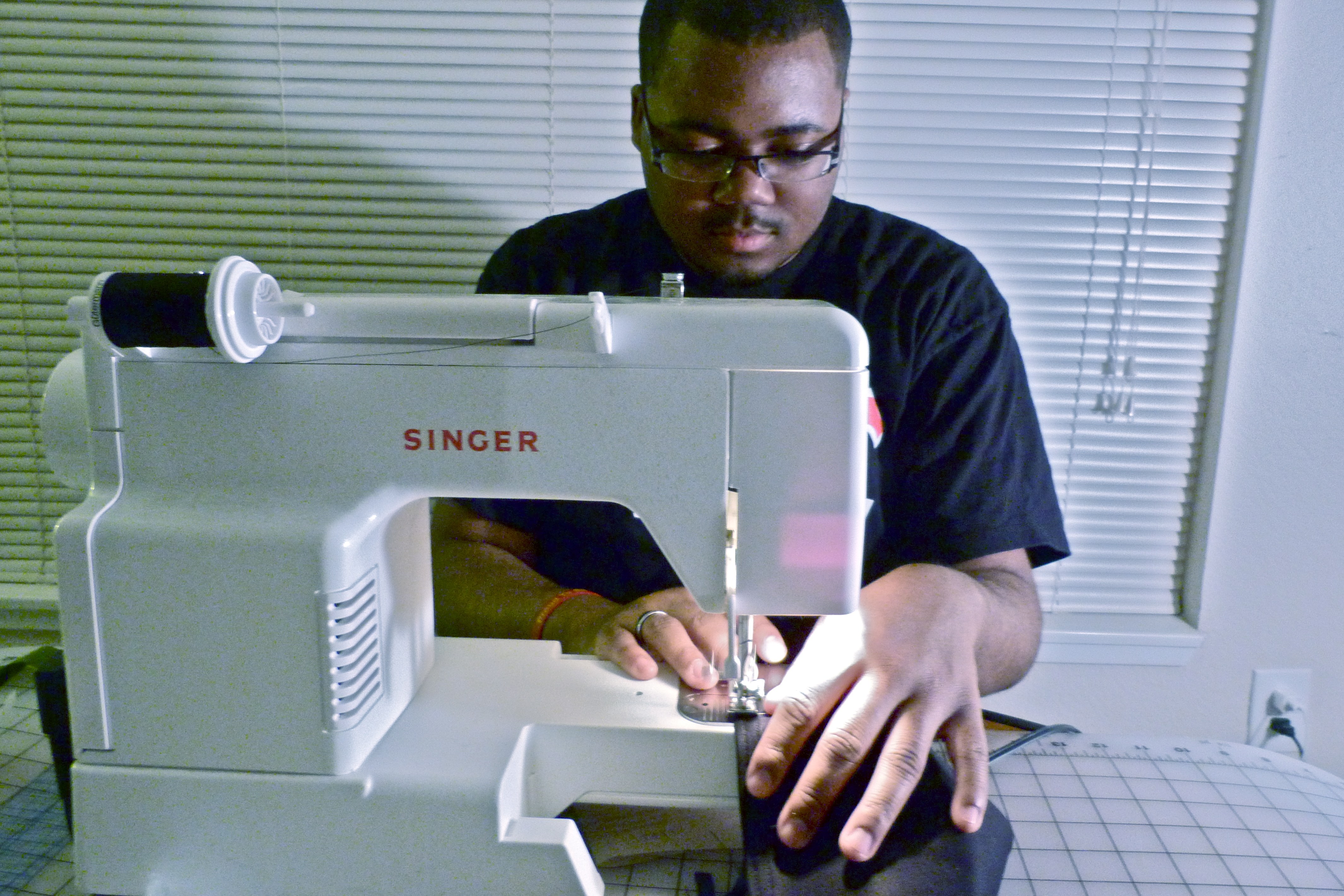 Jack Johnson streams on Pandora while Dana Thomas is sewing to help him maintain his focus.

Thomas, an apparel merchandising and design senior, originally decided to do a Sex and the City Samantha inspired one sleeve dress, but when he tried to pattern it he quickly got rid of the idea.

One inspiring thing led to another while designing his line. He described his line to be comfortable, sophisticated and clean.

“I would say my collection is kind of about the small details,” Thomas said. “I didn’t want it to be too flashy, but more sophisticated.”

The small details he is describing are the invisible zippers sewn into the front and on the shoulders of his men’s collared shirt, and the pleat opening in his women’s dress.

He wanted his fabric to have a “surface look.”

Thomas will be completing three outfits for the show, two men’s and one women’s for the fall winter/portion. The men’s looks will consist of black slacks and collared shirts fastened with snaps.

The dress has a squared off neckline, thick straps and a straight shaped bodice. Thomas used his flat patterning techniques to alter patterns and create an original pattern for his line.

His fall color scheme will include tones such as jade green, deep blue, royal purple, and black.

This is Thomas’ first and only time designing for the show. For the past couple years, friends have told him that he should consider designing for THREADS.

Last year while leaving the show, Thomas’ former sewing professor, Wendy Honey, told him that he better design for next year’s show.

In the past week, Thomas has worked around the clock at his apartment to finish his garments for the turn in on April 7. He has completely taken over his living room with pattern pieces.

Fabric covers the couch and tables, with his sewing machine and cutting board positioned in the corner. Just like his living room, Thomas expects the show to be busy and crazy.

“I expect creative chaos,” Thomas said. “ I am just happy I have a collection.”