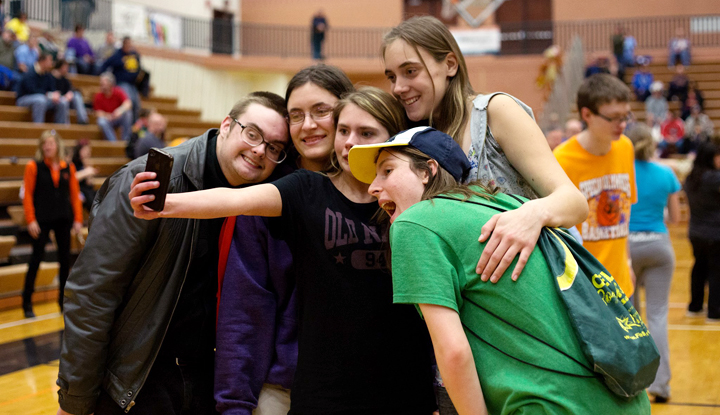 The word was added to the Oxford Dictionary in 2013.

The word “selfie” is defined by the Oxford Dictionaries as “a photograph that one has taken of oneself, typically one taken with a smartphone or webcam and uploaded to a social media website.”

The act of taking a selfie is a popular trend among both young and old generations. While some people may get annoyed by their ever obvious presence, they don’t appear to be going away anytime soon. From the “just ’cause” selfie to the “post-work out” selfie, everyone at some point snaps a picture of themselves to showcase who they are or what they’re doing.

People take selfies for all kinds of reasons. When taking a selfie there are tips that should be considered in order to capture the perfect version. No one wants to get lost in the sea of people who take selfies, so below are tips to make you stand out among the rest.

It’s a given pictures turn out better when some sort of lighting is involved, but do you know what exact lighting works best? Natural. Natural lighting from a window or door will show you the best version of yourself when taking a selfie. Not only is natural light flattering but it will also make your hair look shiny and skin look flawless.

You know how people say a camera adds 10 pounds to your body? Well, not anymore. When taking a selfie consider the angle at which you’re shooting. It is best to hold your camera or smartphone at an angle titled down towards you. This will eliminate any possible double chin and make you look slimmer. Plus it will break up your otherwise straight forward selfies you’ve probably taken in the past.

Mirror pictures were a popular trend back in the days of Myspace. Everyone’s profile picture was of them in a mirror and if it wasn’t, people questioned your existence. Nowadays mirror pictures aren’t as common because they can sometimes be cliche and cheesy, but they don’t have to be. When taking a mirror picture the important thing to do is make sure your mirror is clean and there aren’t any distractions in the background.

Another trend from the past is the infamous duck face. Both men and women are guilty of this once popular trend but nowadays it’s not so flattering or socially acceptable. When taking a selfie the key is to be relaxed and natural. When you’re at ease it’ll be easier to showcase a smile that’s genuine rather something that’s forced or trying too hard.

Selfies don’t always have to be a head shot angle

When people take selfies it’s usually either a full body mirror or chest up shot. Don’t be afraid to experiment taking selfies of other body parts. For example, if you just got a new tattoo snap a picture of just that (if it’s in an appropriate location to be photographed). Or if you got new shoes take a selfie of your feet wearing them. It might seem weird taking selfie pictures of other parts of your body but it’s a nice change from the usual face/whole body shot.

Regardless of the reason you take a selfie it’s important to make it the best version it can be. Follow the tips above and you’ll be sure to gain the attention of many on social media websites.