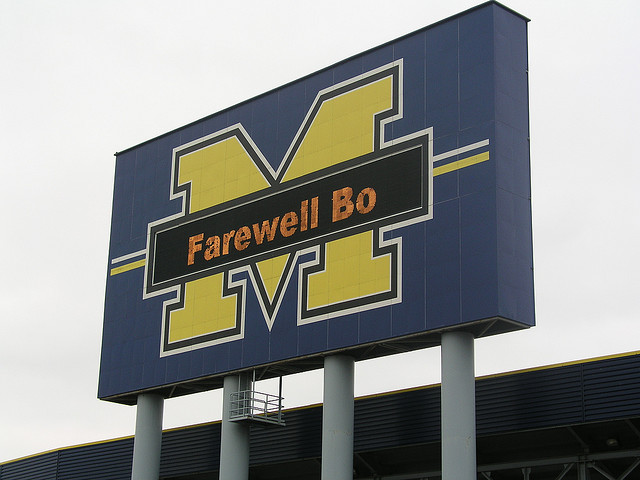 This weekend saw four of college football’s most storied programs compete against one another. The top two ranked teams in the country welcomed opponents ranked in the top 20 in the Associated Press poll.

It is something nowadays lacking in college football. Rarely do fans get to see two powerhouse schools or those rich with tradition squaring off in September.

Beginning last season, Central Michigan opened up a five-game series against Michigan State, that leads up to 2018.

The Chippewas have a three-year deal with North Carolina State beginning in 2011. MSU has home-and-home contracts with West Virginia and Alabama (let’s hope Saban doesn’t jump ship again by then, East Lansing).

While there will (hopefully) always be Michigan-Ohio State and Alabama-Auburn, what about schools out-of-conference? Notre Dame and Southern California began the inter-sectional rivalry nearly 100 years ago. But rarely have we been able to see two schools put their national title hopes, and recruiting trails, in jeopardy.

Thankfully, that all seems to be changing.

Ohio State has California, Virginia Tech, Oklahoma, and Tennessee all on the horizon in the next decade.

More teams from out west are starting to showcase themselves to the south. In the latter half of the decade, Oregon will go up against Georgia and Texas A & M – not to mention their date with LSU in Arlington, Texas next season.

One of the most intense rivalries of all time and one that not many of this generation were able to witness, Notre Dame-Miami of the 1980s, will return in 2015.

Arguably the south’s two greatest programs, Oklahoma and Texas, are also branching out. The Longhorns have contracts with California, Notre Dame, and USC, while the Sooners travel to South Bend in 2012 and LSU in 2018, along with their match-ups with the Buckeyes.

Like high school football in the state of Michigan, many programs like to schedule cream puffs where they can, especially early in the season. At the high school level, teams can better qualify for the playoffs with easy wins, and likewise with the bowl season.

But how well can someone like Florida really judge themselves opening up the season versus Charleston-Southern and Troy?

While the grind of a Big Ten or SEC schedule can be grueling, don’t teams want to compete against the best? Isn’t there more to prove?

If Boise State’s electrifying victory over Virginia Tech showed fans anything, it’s proving your worth before the heat dies down or only having to travel a 100 miles to play a game. It’s proving you’re the best before anyone can say otherwise.

While these may only be a few games during a given season, they mean much more. They honor the alumni and those who came before. They honor the fans, who clamor to see the best of the best going head-to-head – seeing their team play their hearts out every week.

BoAnd most importantly, it honors the great tradition – from Bo to Bear and Rockne to Kelly – that is college football