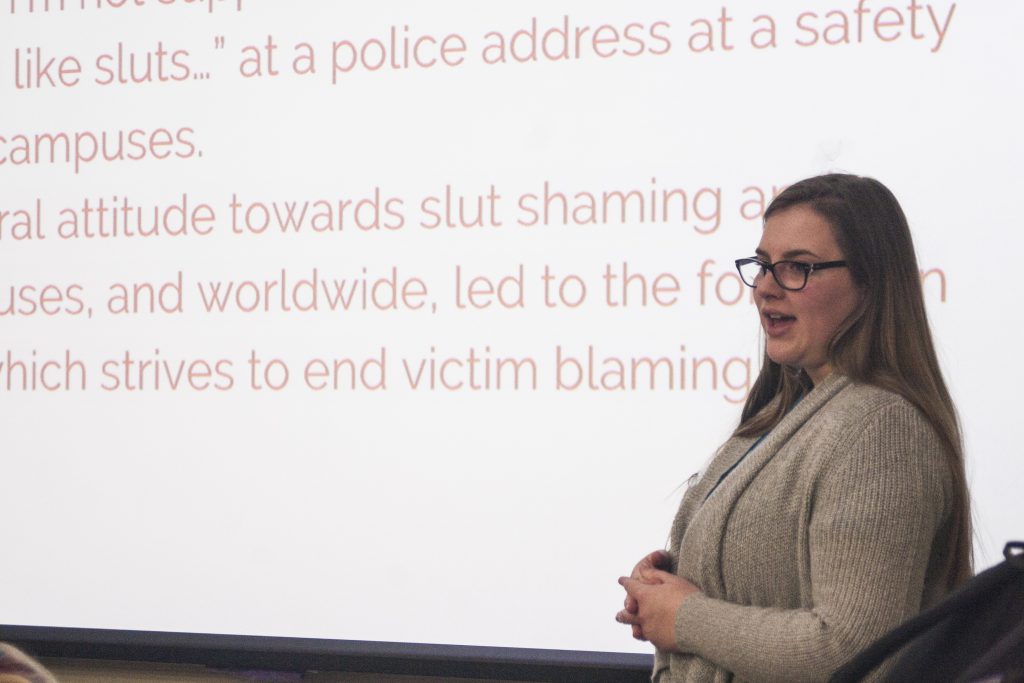 The SlutWalk, which takes place Saturday,April 8 at 12 p.m., aims to end rape culture, fight the concept that a certain attire will attract or protect against violence and raise awareness for this cause.

Why call yourselves sluts?
Ashleigh Laho, the vice president coordinator for the Organization of Women Leaders, said the name “SlutWalk” originated from a comment a police officer made in 2011 at a York University safety forum at Osgoode Hall Law School regarding rape on college campuses.

This officer was quoted saying, “I’ve been told I’m not supposed to say this – however, women should avoid dressing like sluts…”

Laho said this victim blaming and general attitude towards slut shaming and rape culture on college campuses and worldwide led to the formation of the SlutWalk movement.

The Organization of Women Leaders is putting on the event that is gender-inclusive, meaning they encourage participation and support from people of all identities. She said this is Central Michigan University’s second SlutWalk. The first one took place in 2013.

What will people be wearing?
Laho said students can wear anything from your comfiest sweats to your sexiest bra.

However, to be considerate to the wishes of the Mount Pleasant Community, they are asking that people refrain from wearing anything less than a bathing suit.

SlutWalk at CMU
Laho said the SlutWalk will start at the University Center, head toward downtown Mount Pleasant and then head back to the UC where there will be speakers.