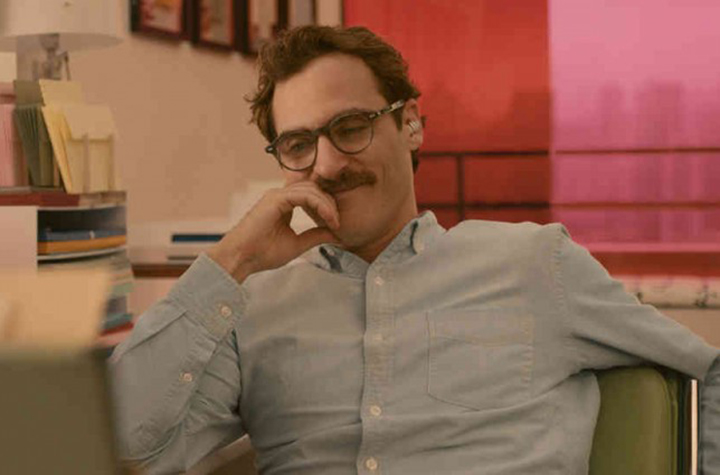 It’s that time again. The holidays are here and that means the release of some of the year’s best films. Below you will find a list of the top 10 movies set to hit the big screen this month.

Ah, forbidden love. It always makes for a great romance, and this time is no different. “The Invisible Woman” is the story of Charles Dickens and his secret lover. In addition to playing the lead, it is also the second filmed directed by the talented Ralph Fiennes. Everyone loves a good 19th century love story and this has the look and feel of a truly great one. It looks like the perfect date movie; mushy, but still exceptionally classy.

The holidays are a time to get together with family and this often leaves us to asking one question: “How am I related to these people?” That is why the holidays are a perfect time to see “August: Osage County”, which is the story of a dysfunctional family who gather together after the death of a family member. The film is based on the Pulitzer Prize winning play by Tracy Letts and has yet another all-star cast including Meryl Streep, Julia Roberts, Chris Cooper, Ewan McGregor, Sam Shepard, Juliette Lewis and Benedict Cumberbatch just to name a few. This film will warm the hearts of you and your crazy loved ones.

Based on the true story of the mission “Operation Red Wings,” “Lone Survivor” is a story of courage and hope. The mission was to capture or kill Ahmad Shahd, a Taliban leader, and while the mission was a failure this movie looks as if it will honor all who were involved. It’s easy to get apprehensive any time you hear Mark Wahlberg associated with an action film. His movies tend to be a bit overindulgent in special effects and explosions and a bit lackluster when it comes to substance. However, because this is based on a true story it appears to be a respectful and harrowing representation of our troops.

Tom Hanks stars as Walt Disney in “Saving Mr. Banks.” Anything to do with Disney tugs at the heartstrings of all raised on his work, and although we all know the name, hardly any of us have any understanding of the man. This film should shine a light on that as well as telling the story of P.L. Travers, the woman who wrote the book “Mary Poppins”, focusing on her difficult childhood. An all-star cast including two Academy Award winning actors in Tom Hanks and Emma Thompson and great supporting actors Ruth Wilson, Bradley Whitford, Colin Farrell and Paul Giamatti combined with a timeless story and everyone’s favorite childhood entertainer makes for an uplifting and inspiring movie.

The Coen brothers are back at it and this time with “Inside Llewyn Davis,” the story of a folk singer trying to make it in the early ‘60s. Oscar Davis (Drive) both looks and, more importantly, sounds the part of Llewyn Davis, while Justin Timberlake and Carey Mulligan should fit into their roles perfectly. Joel and Ethan Coen (No Country for Old Men) have a certain way about them and everything they touch seems to turn to gold. “Inside Llewyn Davis” has had lauded showings at many festivals this year and won the Jury Prize at the Cannes Film Festival. Between the good music, heartfelt directing, intricate writing and splendid cast, “Inside Llewyn Davis” has the potential to be a truly spectacular film.

This documentary details the ups and downs of professional snowboarder Kevin Pearce. Pearce won three medals at the 2008 Winter X Games before sustaining a critical brain injury in a December 2009 fall. At the time, many in the snowboarding community considered Pearce as the second best snowboarder in the world, trailing only Shaun White. This movie centers on Pearce’s recovery and will to return to snowboarding. With this moving story being told by two-time Oscar nominee, Lucy Walker, “The Crash Reel” has unlimited potential.

Theodore (Joaquin Phoenix) is a lonely writer who develops a special relationship with an automated operating system while also trying to find a living companion. This film looks very interesting: happy, sad, romantic and funny all at the same time. There is no denying the talent of Joaquin Phoenix, just as there is no denying the talent of Amy Adams or Scarlett Johansson. Spike Jonze (Being John Malkovich) isn’t a household name, but he is a very good director. Judging by the sheer amount of talent assembled in this movie it has no excuse not to be great.

3. The Hobbit: Desolation of Smaug

Peter Jackson takes us back to the magic and wonder of Middle Earth in the second installment of “The Hobbit” trilogy. This film looks bigger and better than its predecessor “The Hobbit: An Unexpected Journey”, which was a little disappointing after the success of “The Lord of the Rings” trilogy. The first Hobbit film was a little slow to develop because that’s just what happens when you cut one book into three films. Now that we are more into the meat of the story, it should do a much better job of holding the viewers’ attention. We know that the production value will be through the roof and the quality of acting should match that of the production staff. Additionally, the return of Orlando Bloom to the cast is sure to have fan-girls and fantasy nerds everywhere in a frenzy.

2. The Wolf of Wall Street

The legendary Martin Scorsese reunites with Leonardo DiCaprio for the first time since their Oscar winning film “The Departed”, and it looks like an instant classic. “The Wolf of Wall Street” is based on the life of Jordan Belfort, who stole over $200 million from investors on Wall Street. This film will grant insight into the outrageous life of Belfort, a life which had everything that makes for great drama; sex, drugs and money. DiCaprio and co-stars Jonah Hill and Matthew McConaughey are all extremely talented actors and Scorsese will surely have them all at their very best for this one.

David O. Russell was on the outside looking in come Oscar night for his last two films (“Silver Linings Playbook,” “The Fighter”) but he has fused the casts of those two films and come back even stronger with “American Hustle.” This film is a fictionalized version of the FBI ab-scam operation of the ‘70s and ‘80s in which numerous local, state and federal politicians were convicted in relation to corruption charges. In this film, an FBI agent (Bradley Cooper) teams up with a conman (Christian Bale) to bring down a corrupt politician (Jeremy Renner). The story sounds wildly entertaining and the acting of Jennifer Lawrence and Amy Adams, along with Cooper, Bale and Renner should be phenomenal. This film is already generating some Oscar buzz and it isn’t hard to see why.