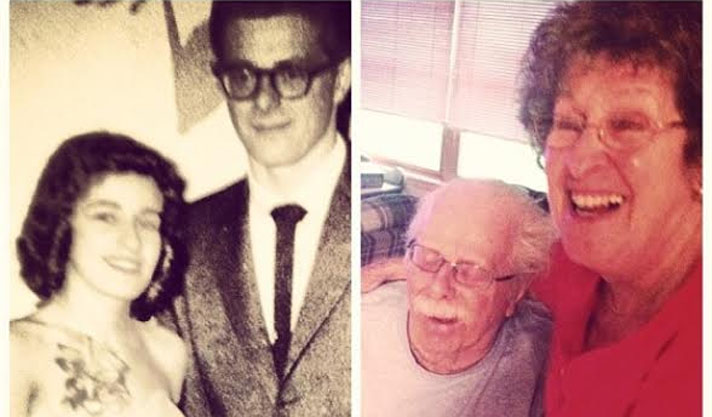 It was New Year’s Eve when they met for the first time. She was 15 and he was 17. The story that stems from that rebellious night goes down in my family history as the greatest love story ever told.

“He was tall, handsome and wearing a leather jacket,” Sharon Sweet, 76, said. “It was love at first sight. I just knew I wanted to see him again.”

Every day at Eastern High School in Lansing from that day forward, their relationship blossomed.

In an era flourishing with an epidemic of divorce, scandal and broken relationships, it may seem that couples being truly in love is hard to find.  For me, all I have to do is visit my grandparents’ home and all hope is restored.

My grandparents have been happily married for 58 years. Their love inspires me and provides me with the hope of an everlasting love that most people only dream of having.

Once Upon A Time

After three years of dating since meeting that winter night, they were ready to marry. However, Sharon’s parents didn’t approve.  They said she was too young to make such a big decision and after graduation and they pushed her to move back to California with them.

But their love was an unstoppable force, and Chuck didn’t give up.

After mailing her a plane ticket to return to Michigan, and a trip to the Indy 500, they eloped.

Without her parental consent Sharon couldn’t marry Chuck in Michigan, so they went to a courthouse in Indianapolis and were married on May 14, 1955.

They were a wild pair.

Michelle, their daughter, reminisces on stories she heard of the young lovebirds.

“They were driving around in a hot rod and the police pulled them over,” she laughs. “Sharon had a beer in one hand and a Popsicle in the other. They had to pour their beer in the floorboard of the car.”

Sharon’s parents said it would never last. People are quick to discount for young love and she admits their relationship has not been perfect.

“There has been bumps in the road and it isn’t always smooth but we love each other,” Sharon said.

Growing up, their son Kal said they were very family-oriented parents and kept traditional values when raising their children.

“We had pizza night every Friday and that was our special thing to do as a family,” he said. “My dad grew up without a father so he did everything he could to be a great father to us.”

During a period of time, Kal said Chuck was working three jobs to provide for their family.

“He felt it was his responsibility and duty to give everything he could so we could live comfortably,” Kal said. “He taught me the value of work ethic.”

Michelle said her father taught her many lessons. The sayings “make do, or do without” and “if wishes were fishes, the sea would be full,” came to mind. She expresses how fortunate she was to grow up with amazing role models and parents.

Michelle recalls coming home to her parents cuddling together on the couch and laughing together. She said Chuck gives Sharon reasoning and Sharon keeps Chuck grounded— the perfect pair.

“I never questioned my parents’ stability, I knew they were in love. I didn’t have to worry,” Michelle said. “ I am lucky.”

A family built upon the establishment of a strong relationship with two loving parents— that is all Sharon and Chuck had ever wanted. Their dreams were to create a home where they could raise healthy children and share their lives together.

As Kal and Michelle can account for, they were successful.

Building the Happily Ever After

Sharon expressed that their children, grandchildren and family cottage on Lake Leelanau in Traverse City are their most prized possessions from building their lives together.

Emily, their granddaughter, said she believes her grandparents are the foundation of our family. She was married on Chuck’s birthday as a symbol of what a strong and loving marriage should be.

“The level of commitment and loyalty they share is more than anything I have every seen before,” she said.

Although age and health may have lost the hardiness of their younger years, the love between has surpassed the test of time.

Sharon said she can feel their love from the moment she starts every day with Chuck.

“In the morning, we wake up together and I look at him the first thing each day,” she said. “Even though, he can’t see me anymore, the first thing out of his mouth everyday is ‘Sharon’ and he knows I’m there. It’s special.”

My grandpa’s health has declined with the onset of Parkinson’s disease. Inevitably it has affected their lives but their relationship has adapted.

After Sharon gives him his pills and gets him out of his wheelchair,  she gives him a light kiss on the cheek and asks if he needs a snack.

“I know how hard it has been for grandpa to go from being the provider and protector to dependent on grandma for many things. But watching the exchange of “I love you” each time they part for a few hours, grandma asking grandpa “what time was that, Chuck?” grandpa telling her to be careful when she goes down the drive way to get the mail, I see that their love has not diminished, it’s just manifested in different ways,” Emily said.

Their relationship hasn’t lasted by chance or pure luck.

My grandparents have not stopped caring for each other during days of strength and moments of weakness. Their relationship is admirable because it proves that the force of love is still the most resilient in the world.