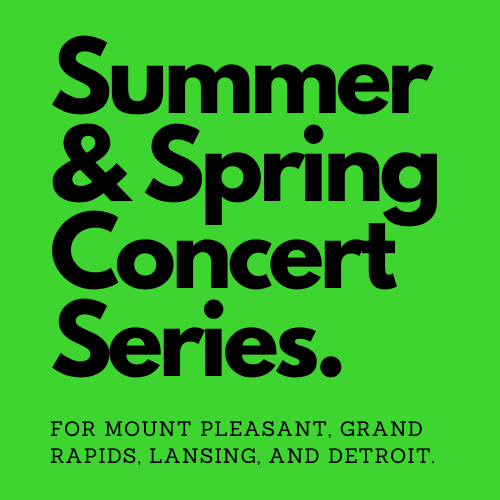 Graphic and story by Maddie Morley

With the busy life of a college student and the hustle of life as we know it, you may have not had the time to look into concerts coming near you. Besides Faster Horses, Electric Forest, or Breakaway, there are multiple upcoming concerts coming to Lansing, Grand Rapids, Mount Pleasant and Detroit.

Of Monsters and Men– May 6- The Fillmore Theatre

Louis the Child– May 9- The Masonic Temple

Hillsong Worship- May 13- The Fox Theatre