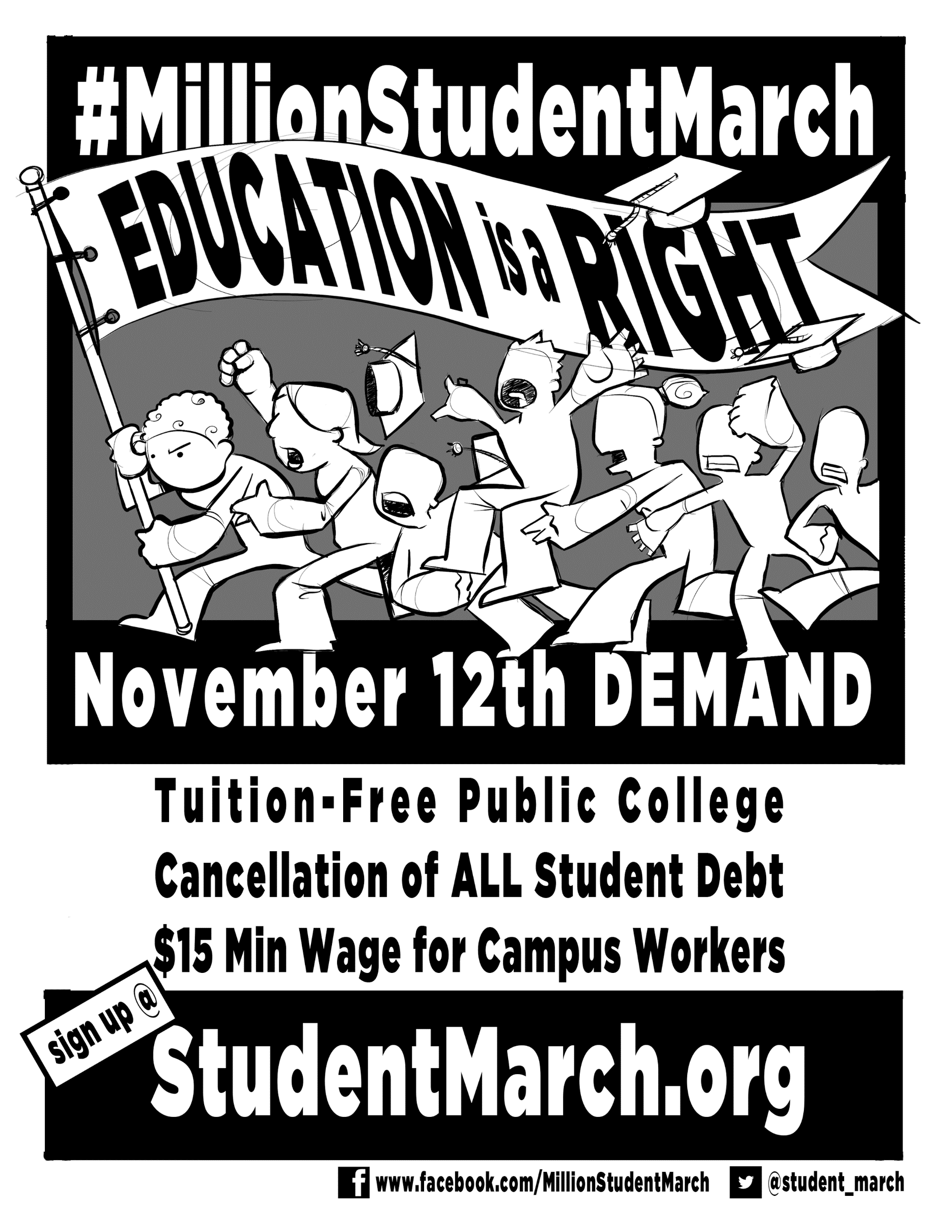 In the eyes of many Americans, students face undeserved burdens after obtaining a professional degree. A recent call to action aims to combat student debt and the rising cost of tuition in a demanding manner.

The Million Student March has been formed in response to the financial challenges facing an array of students. This national march is a growing movement of students, faculty and concerned citizens.

The Million Student March is demanding tuition-free public college, cancellation of all student debt and a $15 minimum wage for all campus workers.

Nov. 12, students at Central Michigan University, along with students across the country, will be marching for these demands, striving to create change on campus and nationally. The march at CMU will take place from 1-3 p.m., meeting on the lawn outside the Bush Theatre at 1 p.m. Marching times vary from university to university.

Andrew Holland, one of the organizers here at CMU for the Million Student March, has worked to spread the word of the march after seeing a post on Reddit about it. When he learned that Western Michigan intended to march, Andrew was inspired to bring the movement to CMU.

“This isn’t just a Northeast or Midwest issue – this a national issue,” Holland said, speaking to the 100 plus universities partaking in the march on the 12th of November. The price of college tuition has risen exponentially across the country; no one area is afflicted more than another.

If not personally affected, we all know someone weighed down by student debt. Student debt places an undue burden on those entering the workplace, many of which come out of college owing tens of thousands.

Freshman Eliza Annelin was previously unaware of the Million Student March. Her opinion on rising tuition costs encompasses the standpoint many other students seem to have.

“Universities charge way too much money for kids to get [an] education,” Annelin said. “I just think it’s ridiculous how much debt it puts students in and the stress it puts on families.”

As students increasingly need to take out loans in order to afford higher education, debtors have been profited off of for too long. The interest rates have made paying off loans an even bigger challenge many students are not prepared to take on post-graduation.

Simultaneously, as many states have cut higher education funding, schools face no other choice but to force students to foot the bill.

Nov. 12, students across the nation will stand up in response to the debt facing 70 percent of graduates, and from 1-3 p.m., CMU students will voice their grievances to those in power.